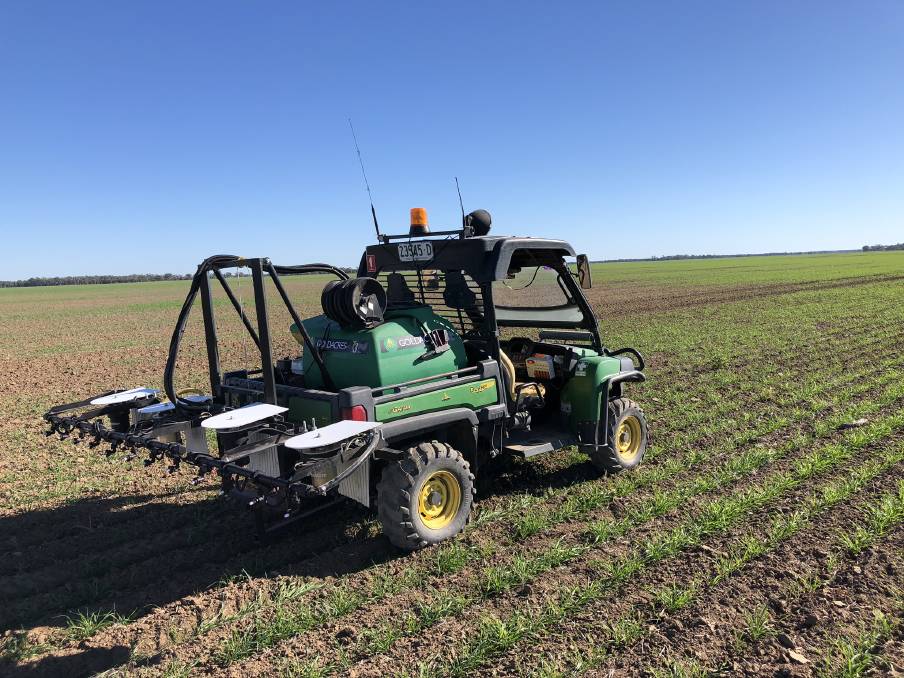 The AutoWeed prototype in crop.

A weed spraying robot which can detect and spray priority sugarcane weeds is being developed with a view to reducing herbicide use in North Queensland.

A WEED spraying robot which can detect and spray priority sugarcane weeds is being developed with a view to reducing herbicide use in North Queensland.

James Cook University is overseeing the development of the robot, in a bit to cut herbicide usage on cane farms in Great Barrier Reef catchment areas by at least 80 per cent.

AutoWeed co-founder and engineer Jake Wood said the new system would use stored images of weeds to detect and spray them without hitting non-target crops.

"We aim to reduce knockdown herbicide usage on sugarcane farms by at least 80 per cent.

"This will incentivise water quality improvements in reef catchment areas by reducing weed management costs for farmers while also lowering the concentration of herbicides in runoff to support a healthy reef."

In the first year of the project, hundreds of thousands of images of sugarcane farmers' crops will be collected, labelled by a human expert, and fed into deep learning models to train the weed and crop detection system.

Every time the spraying system is used it will collect more data, so the deep learning models can further improve their performance over time.

The second year will focus on developing and trialling the herbicide delivery component of the project.

"The project will use deep convolutional neural networks - the very same used by Facebook to detect faces and Google to optimise image searches - but it will be the first time it's been applied to sugarcane," he said.

JCU senior engineering lecturer Mostafa Rahimi Azghadi, who is leading the project, said the group was aiming to design, develop, and trial the spot spraying method and fit it to a 24-metre wide, high-rise, self-propelled boom.

"We know that there is a high calibre of work being undertaken by farmers and the agricultural community to safeguard the future of the reef, however, if we are to reach the targets set out by the reef 2050 Water Quality Improvement Plan then we need to stimulate new ideas and out of the box solutions," Ms Marsden said.

"This innovative project will add to the more than 60 Reef-saving projects we are delivering right now with over 65 project delivery partners."

The two-year project started earlier this month and will run until August 2022.

It will be funded by a $400,000 grant through the Great Barrier Reef Foundation and the Australian Government's Reef Trust.