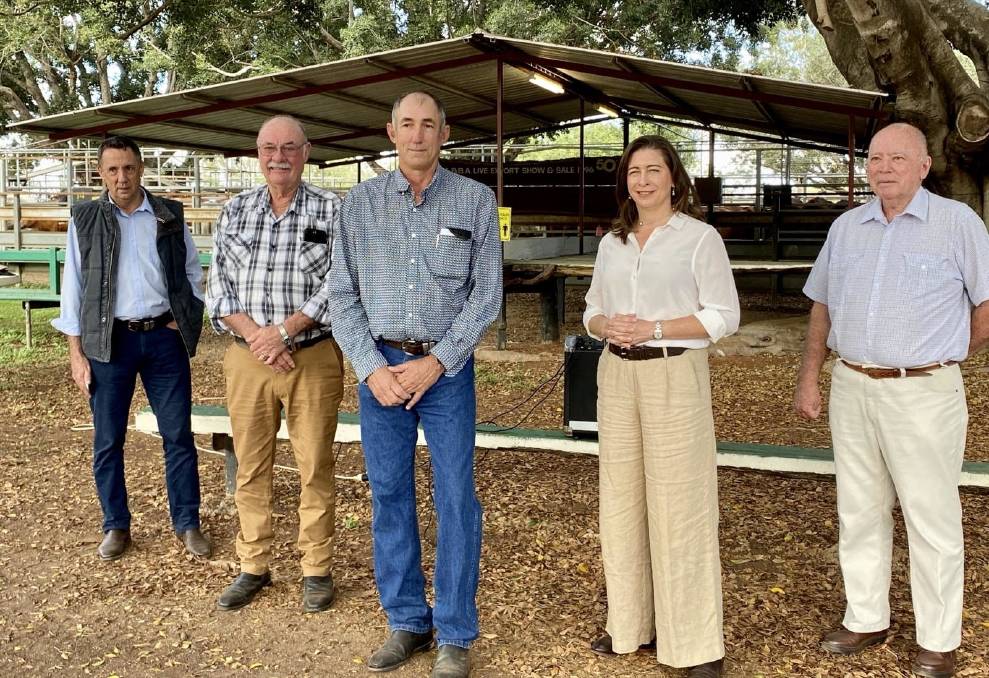 A former Mareeba councillor and passionate community advocate has thrown his hat in the ring to run as the LNP's candidate for Cook in the upcoming state election.

A FORMER Mareeba councillor and passionate community advocate has thrown his hat in the ring to run as the LNP's candidate for Cook in the upcoming state election.

Edward 'Nipper' Brown, a married father of three, was today announced as the LNP's Cook candidate ahead of the October 31 poll.

Mr Brown, who was born and bred in Julatten, said he would draw on his six years experience as a Mareeba Shire councillor to take community focuses politics to state parliament.

"I've never been one to shy away from doing what's right for Mareeba and I know I can do the same for the electorate of Cook," Mr Brown said.

"I've travelled all through Cape York, I know what we need and I know how to fight for it.

"It's crucial that for regional Queensland to regain relevance at state level, we change the government and to do that, I will work extremely hard to win voters' trust before the October 31 election."

Mr Brown, who lives at Mutchibla, 40km south-west of Mareeba and left council after an unsuccessful stint to become Mayor at the March local government election, spent 20 years working for Telstra all over North Queensland, including a stint on Thursday Island.

He has always been heavily involved with community, sporting and tourism organisations on the Tablelands.

Mr Brown said during his time on council, he successfully pushed for a bus turnaround to be built for Julatten State School so children didn't have to cross the road, he stopped Dimbulah Kindergarten from closing and founded Mutchilba Community Dinners which are designed to improve social connections.

He was also instrumental in securing the Savannah in the Round Country music Festival for the Mareeba district.

Mr Brown said his council experience had primed him to be across all the issues across the diverse electorate.

"Mareeba is a business and farming hub that is the gateway to the Cape, you then have tourism and environmental issues in Port Douglas and Mossman, plus the needs of indigenous communities further north," Mr Brown said.

"I have experience dealing with all these subjects, speaking to people from all backgrounds and I have no qualms about dealing with Ministers in Brisbane."

If elected, Mr Brown said one of his first acts would be to reopen an electorate office in Mareeba.

The seat of Cook is currently held by Labor's Cynthia Lui, who controversially closed her Tablelands office in 2019.

Ms Lui is a first time MP and was voted in at the 2017 election, after her Labor turned Independent predecessor Billy Gordon chose not to recontest the seat he had held since 2015.

Ms Lui holds the seat with a 5.8 per cent margin over Pauline Hanson's One Nation Party.

The LNP's David Kempton held the seat for one term from 2012-2015, the first conservative politician to have held the seat in decades, which has been a Labor stronghold since 1977.

Townsville-based Senator Susan McDonald threw her support behind Mr Brown, saying the people of Cook had a golden opportunity to elect a tried and true champion of the Far North.

"Nipper wears his heart on his sleeve, he's a family man, a community servant and his knowledge of public office and getting things done would be invaluable for everyone in Cook," Ms McDonald said.