Queensland's draconian reef regulations would be overhauled if the LNP wins power in the upcoming state election. 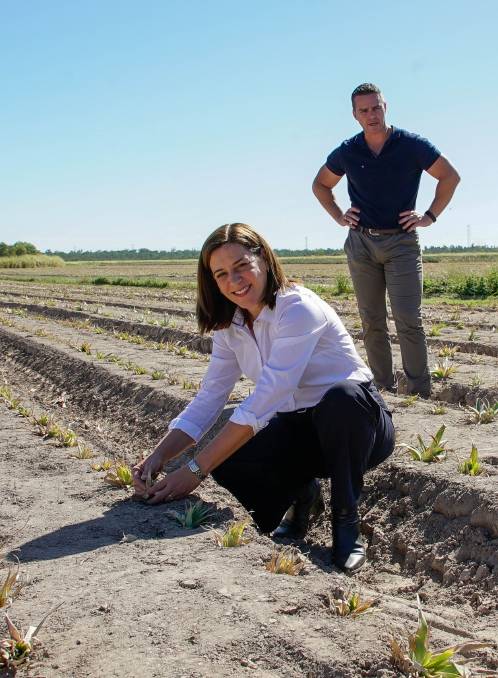 QUEENSLAND'S draconian reef regulations would be overhauled if the LNP wins power in the upcoming state election.

LNP Leader Deb Frecklington this week promised to work alongside farmers and environmental groups to strike a balance to ensure agriculture can thrive while protecting the Great Barrier Reef.

In the letter, co-signed by the LNP's Great Barrier Reef spokesman and Broadwater MP David Crisafulli, the opposition outlines their plan to fix problems associated with the laws, including privacy concerns.

"The LNP fully supports Queensland farmers and we are determined to unlock the state's agricultural potential, to supercharge our regions and create jobs.

"We believe it's important to strike the right balance when it comes the state's reef regulations and their impact on farmers."

Ms Frecklington said the LNP had fought against the reef laws since they were introduced last year, stating the laws would hurt farming communities without improving environmental outcomes.

"Labor's reef regulations do not strike a balance between preserving the environment and protecting local jobs.

"Instead, Labor's laws hand over power to unelected bureaucrats and tie farmers up in unworkable red and green tape.

"The LNP believes governments should work alongside farmers and farming communities, instead of forcing unworkable laws on them."

Ms Frecklington gave her commitment that an LNP government would work with the agricultural sector and environmental groups to develop new environmental reef standards which will be enshrined in legislation.

The five key principles to the LNP's approach include:

She said the LNP would ensure any changes to the regulations would provide certainty, respect privacy and rely on sound agronomic science.

"We need a partnership to build a sustainable agricultural industry and protect Queensland's greatest natural asset, the Great Barrier Reef."

Ms Frecklington also reiterated the LNP's broader vision for regional Queensland and the agriculture sector, including building the new Bradfield Scheme, backing new dam projects and cutting the price of water for SunWater irrigators by almost 20 per cent.