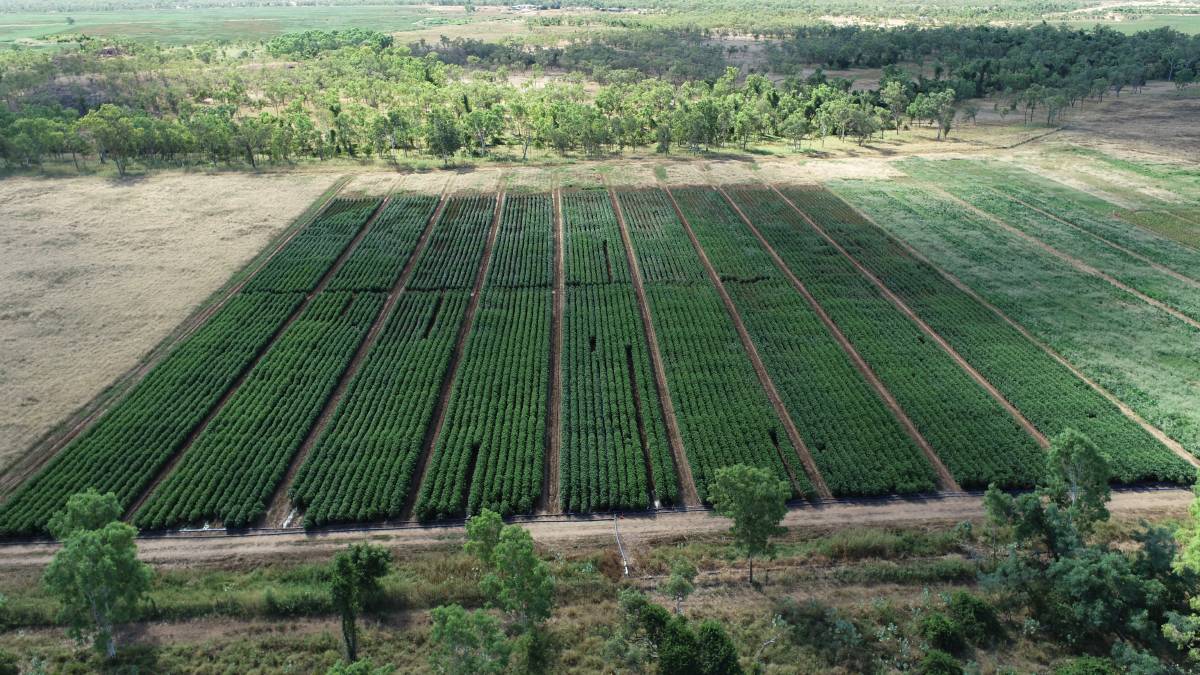 An area in north west Queensland twice the size of Tasmania is being touted as Australia's newest agricultural hub with a large-scale crop trial showing promising results.

AN area in north west Queensland twice the size of Tasmania is being touted as Australia's newest agricultural hub with a large-scale crop trial showing promising results.

Cotton, soybeans, mungbeans and black sesame have been grown successfully with water allocated to farmers from the Flinders and Gilbert rivers around Hughenden and Georgetown.

A team of agronomists and researchers have established trial crops and are working with landholders who have provided water, land, machinery, accommodation and local knowledge.

The results of the trial were released as a new centre was formed to expand northern Australia's cropping sector.

It will see farmers, industry leaders and researchers join forces at the Northern Australian Crop Research Centre of Excellence, which will be based in Emerald, to bolster the productivity and profitability of northern farming systems. According to the CSIRO, there are 16 million hectares of land across northern Australia suitable for intensive agriculture, and 15,000 gigalitres of water - enough to irrigate 1.5 million hectares - could be safely made available for irrigated farming.

Gilbert/Flinders trial senior developmental agronomist Lance Pendergast has been undertaking cropping trials in the north west for four years, after the Queensland government announced its plan to release water for cropping.

Dr Pendergast's research focused on identifying which crops would be suited to the harsh northern climate and the needs of farmers in the region.

"The people in the area are predominantly cattlemen so have never grown a plant," Dr Pendergast said.

"They have no experience with cropping and there was not much scientific background of preferred options for various irrigated crops.

"It's a diversification of opportunities, it taps in well with cattle production systems, for instance, they can finish off cattle there with grains they produce and have better control of marketing their product.

"The crops I've been looking at are cotton, soybean, mungbean and sesame, and they have all performed well in that environment."

"Typically in that sort of country they produce the calves, and hold them for a certain amount of time and as the season changes, they run out of tucker," he said.

"Some have the opportunity to take them to other properties, others market them at the whim of the abattoir, if they can break that hold they have better control."

Dr Pendergast said there was a potential for more irrigated cropping, should proposed dams go ahead.

Agriculture Minister Mark Furner said he was excited to see good early results in terms of quality and quantity from the trials.

The precinct had the potential to support a huge number of jobs, he said.

"This will give landholders and potential investors confidence in the opportunity to not only produce high quality commodities, but also value add along the supply chain."