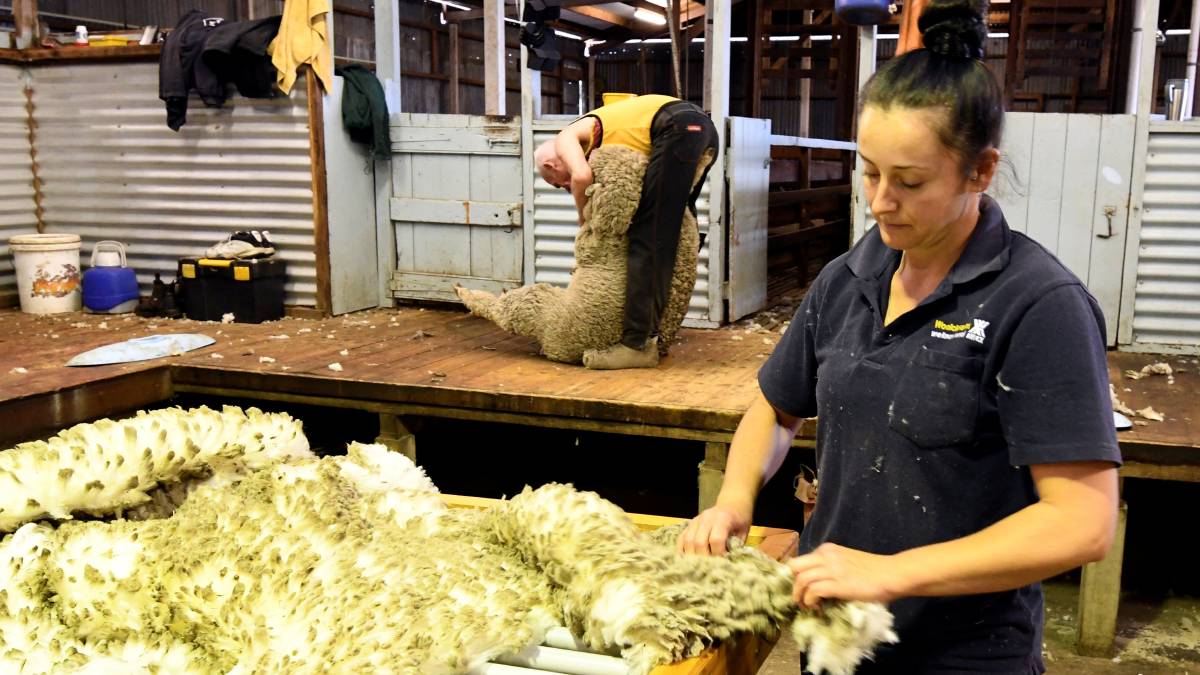 Wool growers are being called on to ensure their shearing sheds are up to scratch.

Wool growers with inadequate shearing shed facilities may feel the brunt of the national shearer shortage more than those that have worked to improve theirs.

Wool growers with inadequate shearing shed facilities may feel the brunt of the national shearer shortage more than those that have worked to improve theirs.

That's according to Shearing Contractors Association of Australia secretary Jason Letchford, who said while the majority of Australia's shearing sheds were adequate, there was a small percentage that weren't up to scratch.

But Mr Letchford said that minority still had the ability to dramatically impact the entire industry's accessibility of shearers.

"Why are we short-staffed 500 workers a year and relying on seasonal workers [from New Zealand] to come over and do the job for us?" Mr Letchford said.

"I know it's not the only reason, but the conditions in some of our workplaces - from hygiene through to the general state of affairs - can make it an unattractive environment to be in.

"And when we're competing against comfortable office environments or other agricultural environments, it's hard to make it an attractive option."

He said given there would be a reduced shearer workforce this year because of COVID-19 and its associated border lockdowns, those with better facilities would have the upper hand.

"People that have invested in continuous improvement are likely to have a good, reliable team who turn up and do their jobs, as opposed to those with worse conditions," he said.

"Maybe this year will be the pay day for those that have gone above the standard."

Mr Letchford said access to appropriate amenities was one of the biggest concerns of shed staff.

"In many cases, 50 per cent of the workers in those workplaces are female and we're a long way from having designated bathrooms," he said.

"Most of the drop toilets are gone but having hot water, or even running water, is often a luxury."

He said at a time when personal hygiene was of top priority, this was not good enough.

Adequate heating and cooling were other requirements not being met.

"You see shearers carting around their own portable air cons or fans just to make their comfort levels bearable," he said.

"I'm not even talking a nice 25 degrees, but bringing that 50 degrees down to 30 degrees.

"And then you've got those freezing, frosty mornings."

Mr Letchford said wool growers needed to understand the broader implications the quality of their shearing sheds had.

"There are still many farm operators that take the view that these workers are only on their farm for three days or two weeks out of an entire year, so what are they complaining about?" he said.

"But if they've got 50 crappy one-week situations in a year, well they've just spent an entire year in a crappy situation.

"And that's an aggregation of individuals making decisions on an individual basis and not looking at the big picture."

Aaron Hope runs A & J Hope Shearing in central Victoria and he said the quality of the majority of sheds he had worked in was "bloody horrible".

Mr Hope said there were issues when it came to the upkeep of sheds, the design of them, as well as the quality of the facilities on offer.

"Everything is advancing in terms of the size of sheep and the quality and cut of their wool, yet the blokes that take the wool off the sheep are still expected to go to the toilet behind a tree and bring our own water to wash our hands," he said.

"Sheep are getting a lot bigger and farmers are expecting a lot more from the blokes doing the jobs but they're not willing to improve their sheds."

He said he had shearers that would bring their own shearing machines with them to jobs because the quality of the equipment in the sheds was unusable.

"And they don't get paid extra to bring their own," he said.

"It's not our farm, why should we have to bring our own equipment?"

Mr Hope confronted a wool grower about four months ago after injuring himself at work.

"I said 'the sheep are too big and the set up is wrong', yet instead of them fixing the problem, they just hired another group," he said.

"Most shearers will just put up with it and not say anything."

He said there were still some good operators out there with adequate work spaces, but "we see very few of them".