A good working dog is worth its weight in gold on the farm, and Prairie grazier Heidi Mulder is out to prove that her's is the best in the business. 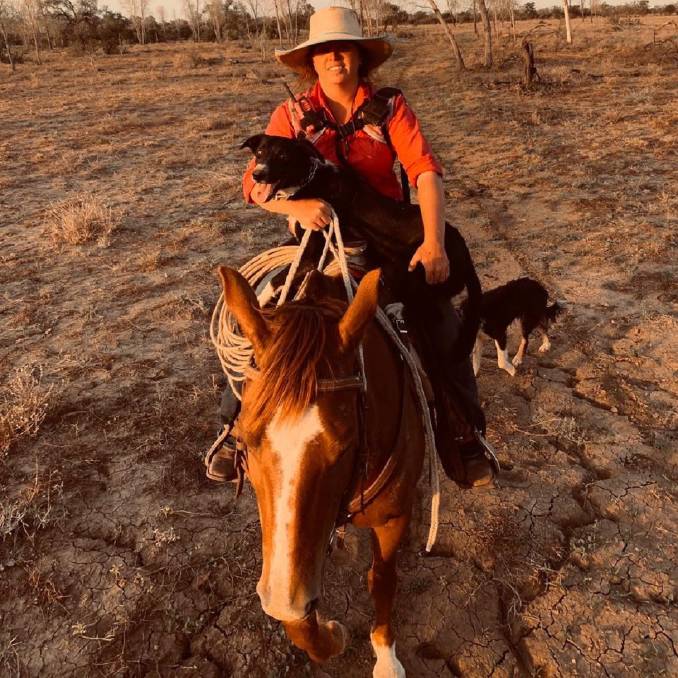 A GOOD working dog is worth its weight in gold on the farm, and Prairie grazier Heidi Mulder is out to prove that her's is the best in the business.

Mrs Mulder and her parents run about 800 head of Angus and Angus/Santa Gertrudis crosses on their 16,200 hectare property Holmleigh, about 80km south of Prairie.

The family bought the property to use as a breeding block about 12 months ago, complementing their operations at Hillside and Eumara South near Springsure.

Working dogs are vital to their operations, with Mrs Mulder running a team of 10.

Her number one dog Socks, a three-year-old Border Collie/Kelpie-cross is at the top of his game, with the duo competing in the Cobber Challenge to crown the country's hardest working dog for the second year running.

Mrs Mulder said she had fun doing the challenge last year and wanted to see how Socks would go with another year under his paws.

He came fourth last year and covered 374.3km over almost 92 hours on the job

"He's been with me since he was a pup and has done all of the training. We compete in dog trials in Queensland but he's been raised more as a work dog and he comes out with me every day," Mrs Mulder said.

"We had fun doing it last year and did alright; I wanted to give it another go and let people see what our dogs do for us every day, how handy they are to have around, saving us time and money.

"A good dog can minimise the number of people you need, if you have a good team of dogs.

"I myself have ten working dogs at the moment, they work in teams, they are a vital part of the operation.

"Socks is very much one of the team leader dogs, he helps to train the pups, he is the dog I put the most trust in.

"He's always right where he needs to be and helps me out with the younger dogs, placing them on the mob, showing them where they need to be."

This year, 12 dogs from across Australia are taking part in the challenge, which runs for three weeks.

The dogs wear a GPS collar to track how far, fast and how long they work over that period.

This year, seven favourites from past Cobber Challenges, including Socks, will be up against five new contenders.

Among the new comers is Queenslander Oliver Armstrong, who will compete with his dog Roudy at his property in St George.

The competition runs from August 17 to September 6.