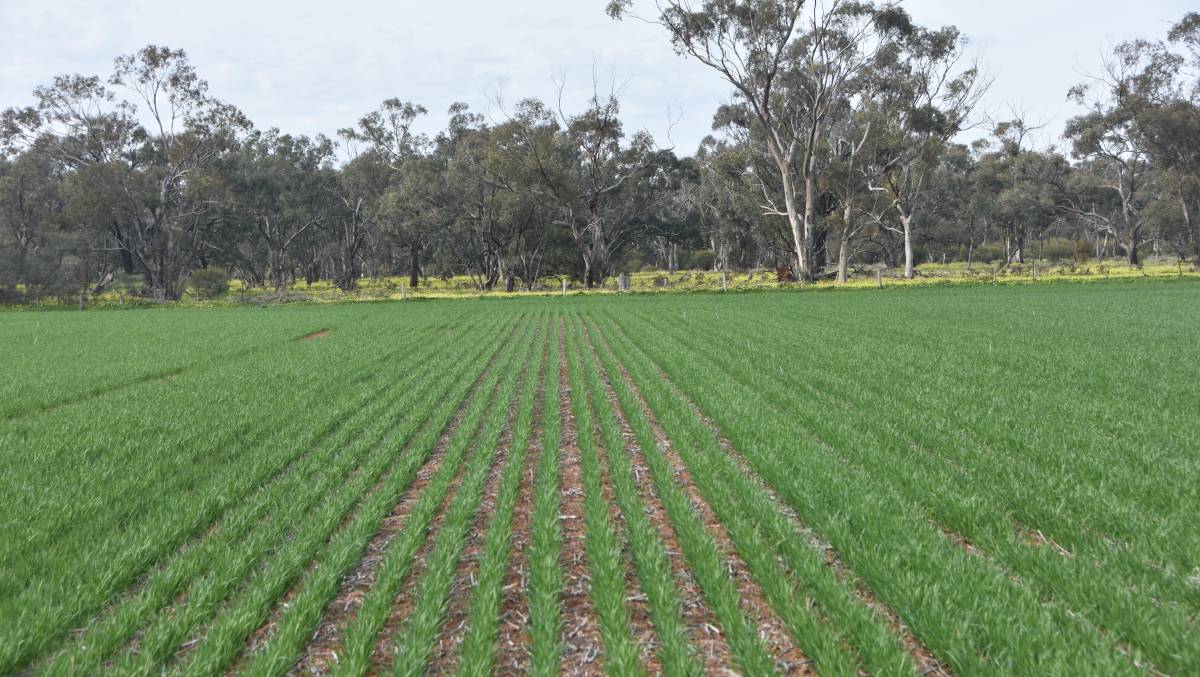 Crops in western Victoria look good visually still but are starting to run on empty in terms of available moisture following a dry winter.

UPDATED: It can't stop raining along the east coast, but in contrast parts of SA and western Victoria are becoming worryingly dry.

THE FICKLE Australian climate is at it again.

As parts of coastal NSW suffer from flooding with over 300mm falling on central and southern coastal regions over the weekend, problems are emerging with the winter crop in other parts of the country.

And the same climate driver that is delivering the heavy falls over NSW and parts of Queensland is the reason the south is missing out.

A series of high pressure systems over southern Australia is acting like a positive phase of the Southern Annular Mode (SAM), which keeps conditions dry in the south but means more rain further north.

In particular, South Australia has experienced one of its driest Julys on record, while much of western Victoria is also well below its average rainfall.

This contrasts to south coast NSW, where centres such as Moruya and Ulladulla have received massive amounts of rain and rivers such as the Shoalhaven and the Bega are flooding.

Much of the South Australian crop is now desperate for rain, while, after a fantastic start, crops in the Wimmera and Mallee in Victoria are still visually good but are starting to go off around treelines as a series of frosts knocks crops around.

The situation is more serious in parts of South Australia, such as the Eyre Peninsula, where rainfall is more heavily winter dominant, whereas SA's south-eastern region and Victoria can still pick up good rainfall through the spring with the right conditions.

At present Cummins, on the Eyre Peninsula, is on track for its driest July since records began in 1914.

It has received just 25mm, compared with a July average of 70mm.

July rainfall typically makes up around 17 per cent of the annual rainfall at Cummins.

Horsham, in Victoria, is on track for its driest July since 1997, which heralded the start of the Millennium Drought, with just 15mm recorded so far and no rain forecast until at least early August.

Bureau of Meteorology (BOM) senior climatologist Simon Grainger said July rainfall was likely to be in the lowest 10pc of all years since 1900 over most of western Victoria and south-east South Australia.

He said an unseasonal run of high pressure systems over July had resulted in conditions similar to the positive phase of SAM (Southern Annual Mode), where cold fronts predominantly pass to the south of the region.

The positive SAM-like conditions has meant that rainfall in parts of NSW and southern Queensland has been average to above-average.

An east-coast low delivered a deluge from the southern coast right up to the Hunter region, with Newcastle recording over 150mm, causing flash flooding.

Some falls made it over the Great Dividing Range to places such as Goulburn and Braidwood, but tallies were much smaller, while the east coast low also deposited good tallies in south-eastern Queensland and East Gippsland in Victoria, although little made it over the divide in Queensland.

Dr Grainger said July is part of a longer-term pattern of rainfall deficit for late autumn and winter in southern Australia.

After very much above average rainfall in April, where many centres were in the wettest 10pc of all years since 1900, the tap has well and truly turned off over western Victoria and south-east South Australia.

Dr Grainger said some regions are likely to experience decile 1 rainfall for May, June and July.