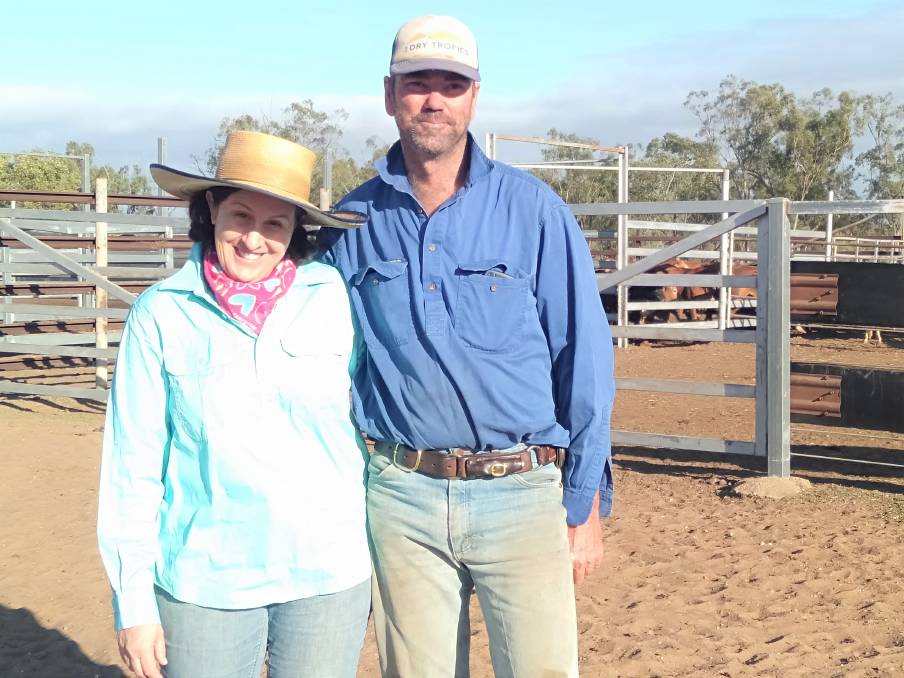 Their 59,000 hectare property, about 200km south of Charters Towers, has the added challenge of a major public road running through its centre with poorly designed table drains causing erosion.

The couple were able to access Queensland government's Grazing Resilience and Sustainable Solutions program to help them target areas needing improvement on their property.

Mr Duckett said the support helped them to break big challenges down into paddock-scale solutions which was invaluable.

Of particular interest were areas of gully erosion caused by poorly-designed table drains beside a major public road running through the property.

Five years ago Mr Duckett and Ms Robinson changed from rotational grazing to a time-controlled grazing program and have seen the positive impact this has had on their land condition.

That success motivated them to apply the same principles to improve land damaged by preferential grazing.

They mapped the scalded area that could be rehabilitated with a controlled grazing program and the NQ Dry Tropics team recommended mechanical intervention to catch and slow water running off from the roadway.

Mr Duckett said identifying the problem areas and having tools to monitor change was a big step forward.

Collaboratively, the graziers and extension officers developed a strategy for the gully system incorporating a series of 100m long contour banks.

The banks will slow the flow of water by catching and diverting it to stable areas where it will be able to infiltrate and grow pasture - a win-win situation.

The scalded paddock would be fenced into four paddocks, each of which would be grazed intensively by a 1000-strong mob for little more than a week to get the desired effect before the area was rested for about 12 months.

The couple has been successful with the short intensive grazing rotations across the rest of the property and they are confident they can return the scalded areas to full production, given just a few reasonable rainy seasons.

Mr Duckett welcomed the support through the GRASS program as he believed he could not previously get extension help in his area, as it was not a priority for reducing fine sediment.

"Landholders who have previously earned accreditation under the Grazing Best Management Program, like the Caerphilly team, were first to be considered for support under the GRASS program," Mr Nicholls said.

Graziers participating in the program will have the opportunity to be considered a lower risk for compliance inspections until June 2022.

Those graziers who held a current Grazing BMP accreditation at June 2019 would have the opportunity through GRASS to be considered a lower risk for compliance inspections until December 2024.