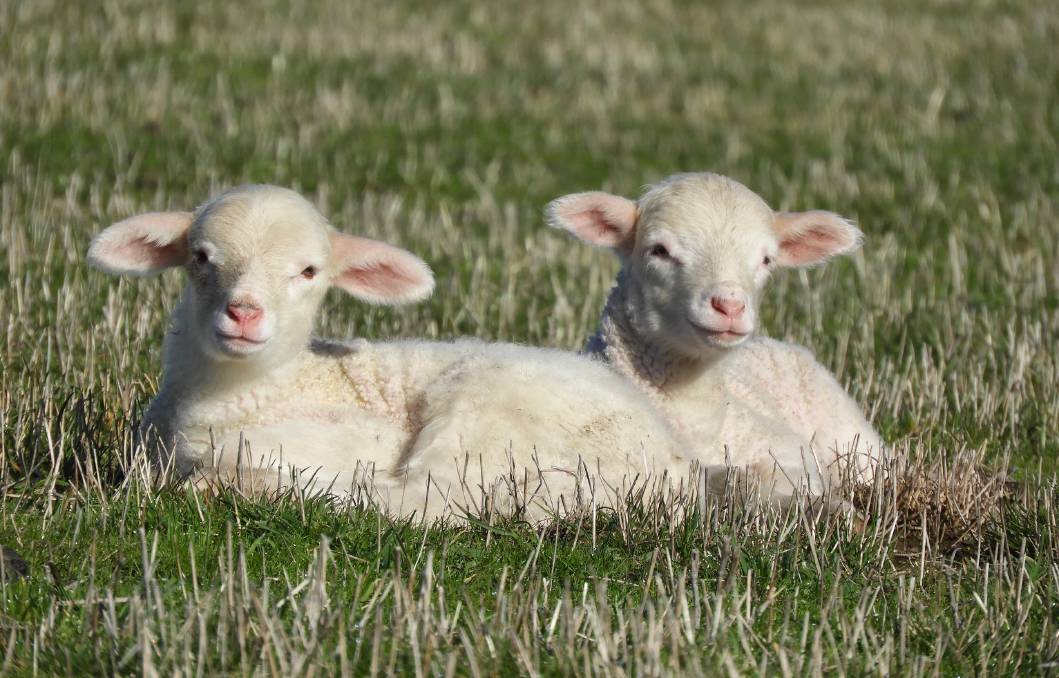 Sheep producers are urged to vaccinate ewes early to prevent an outbreak of the deadly Campylobacter disease which can cause significant lamb losses in late pregnancy. Photo: Tracey Kruger

With lamb survival a key profit driver for sheep enterprises, producers are urged to act early and vaccinate to prevent a costly outbreak of the Campylobacter disease.

That's the advice from Livestock Logic veterinarian Dr Andrew Whale, based at Hamilton in western Victoria.

"Over a four year period Campylobacter represented more than 60 per cent of the diagnosed causes of abortions in sheep in south west Victorian flocks, which would be comparable to the impact on the overall sheep industry in Australia," Dr Whale said.

Campylobacter is a bacterial infection which affects ewes in late pregnancy and can result in significant loss of lambs, due to late-term abortions, still births or the birth of weak non-viable lambs. It typically occurs in the two months leading up to lambing.

According to Dr Whale, Campylobacter is far more prevalent than many producers may realise.

Livestock Logic carried out extensive blood sampling of ewes for the presence of Campylobacter antibodies on farms in south-west Victoria, New South Wales and South Australia.

Dr Whale said results showed from an estimated 70 on-property screenings there has only been one farm that has not had at least one of the two strains of Campylobacter.

The bacteria lives in the intestines of animals and is spread through faecal and oral transmission during grazing. Wild animals, such as foxes, and birds can also spread Campylobacter between properties.

"We consider the bacteria to be present on a lot of farms and there are generally two scenarios which explain how Campylobacter works," he said.

"In the first scenario where the farm and sheep are all naive to the bacteria, you can get a really nasty abortion storm across the whole flock causing foetal losses of 10 per cent up to 30 per cent which is devastating."

"Unfortunately these results will not be picked up until lamb marking, what you may see is a ewe with retained membrane or blood staining the breech area, this doesn't necessarily mean it is Campylobacter, it just means they have aborted.

"But Campylobacter is the most common cause of late-term abortions that we see in unvaccinated flocks in south-west Victoria."

He said producers may be aware they have a problem but they have no idea of the extent until lamb marking. 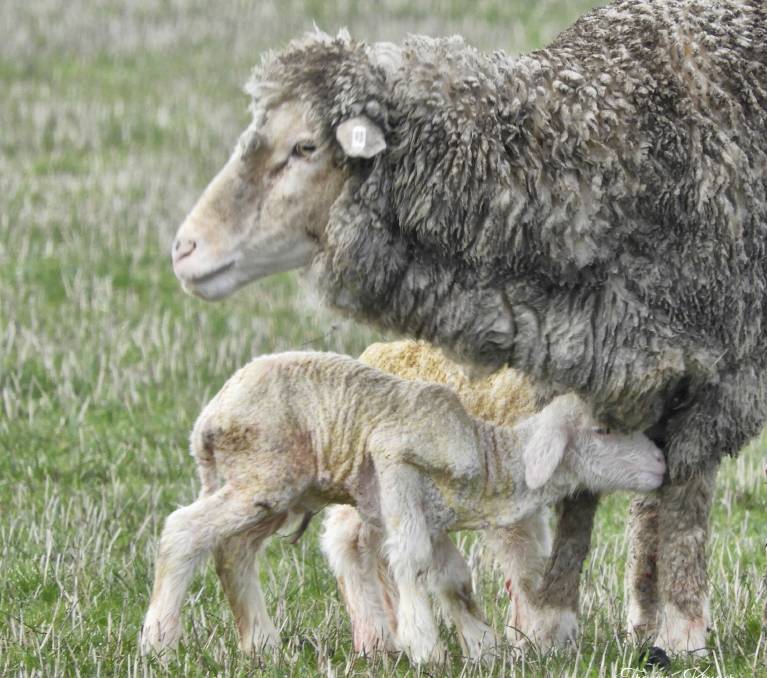 The bacterial infection Campylobacter is more prevalent than sheep producers may realise, according to Livestock Logic veterinarian Andrew Whale, based at Hamilton in western Victoria. Photo: Tracey Kruger

"Probably the more common scenario that we see is sheep that are naive within a flock," he said.

"Joining ewe lambs is the most common one, because they are lambing when they are only 12 to 14 months of age they haven't actually been on the farm to get exposure to Campylobacter during a lambing season before."

"Anecdotal evidence indicates Campylobacter can cause annual foetal losses in ewe lambs from five per cent up to 30 per cent."

But as Dr Whale explained the risk of being hit with Campylobacter can be reduced if producers vaccinate using the Coopers Ovilis Campyvax vaccine.

"Campylobacter is the major cause of late-term abortions and it is preventable, vaccinating is an insurance policy against lamb survival," he said.

"Producers can carry out testing for Campylobacter but to be honest it doesn't really change anything."

"If you have got the bacteria on your farm it means you need to vaccinate your young sheep and if it isn't present, you need to start vaccinating as you have an entire flock that at some stage will be hit.

"If you are a prime lamb enterprise lambing down ewe lambs I consider it a no-brainer to vaccinate because your young ewes are at such a high risk."

"If you are joining two year-old Merino ewes which have a very high value wool and you are not reproductively focused, there is a chance they will have already had exposure so the losses will not be as great and there is far less financial reward for vaccinating.

"But the amount of producers in this category has declined in recent years with high replacement ewe and sheep values."

Dr Whale estimates that vaccinating maiden ewes with Coopers Ovilis Campyvax can increase lambing percentages by five to seven per cent and prevent a one in 10 year "abortion storm" resulting in foetal losses of up to 30 per cent.

"You can be flexible with vaccination timing as there is no evidence Campylobacter causes abortions before 70 days of pregnancy so as long as the ewes are covered with one dose prior to 70 days and then a booster dose within three to six weeks you are covered during the risk period," he said. 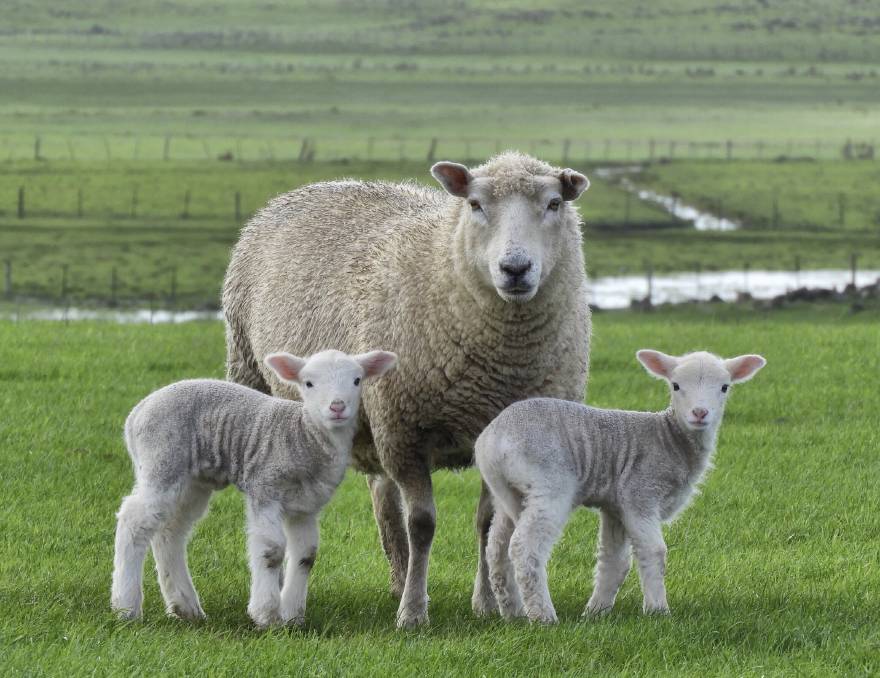 Vaccinating maiden ewes with Coopers Ovilis Campyvax can increase lambing percentages by five to seven per cent and prevent a one in 10 year "abortion storm" , according to Dr Whale. Photo: Tracey Kruger

But according to Dr Whale, the annual booster may not be necessary. "We're yet to have an abortion outbreak in animals at a later stage of life that we can confirm had two shots of the vaccine as ewe lambs."

However, Dr Whale also emphasised that flocks are at a significantly higher risk of being infected with Campylobacter during containment feeding.

"If containment feeding is part of your annual program, Campylobacter is a huge risk factor that you need to address through vaccination," he said.

"In years where more supplementary feeding is being carried out in late pregnancy there is also more risk of sheep picking up the bacteria as sheep will be defecating on the grain trail and then picking it up as they eat the grain."

"When there is plenty of green feed around, the level of Campylobacter contamination in what the sheep are eating should be much lower."

Producers purchasing ewes from an outside source with unclear vaccination history are also advised to vaccinate on arrival, particularly if the sheep are pregnant or maiden ewes.

"New animals are often stressed and going on to new farms they're at risk of being exposed to diseases like Campylobacter that they haven't seen before," Dr Whale said.