With fatalities on the rise, the ACCC is standing by its decision to implement a new safety standard

Quad bike manufacturers Honda, Yamaha and Polaris have indicated they will pull their quad bikes from the Australian market, with Honda citing the impossibility of meeting the new safety standard. 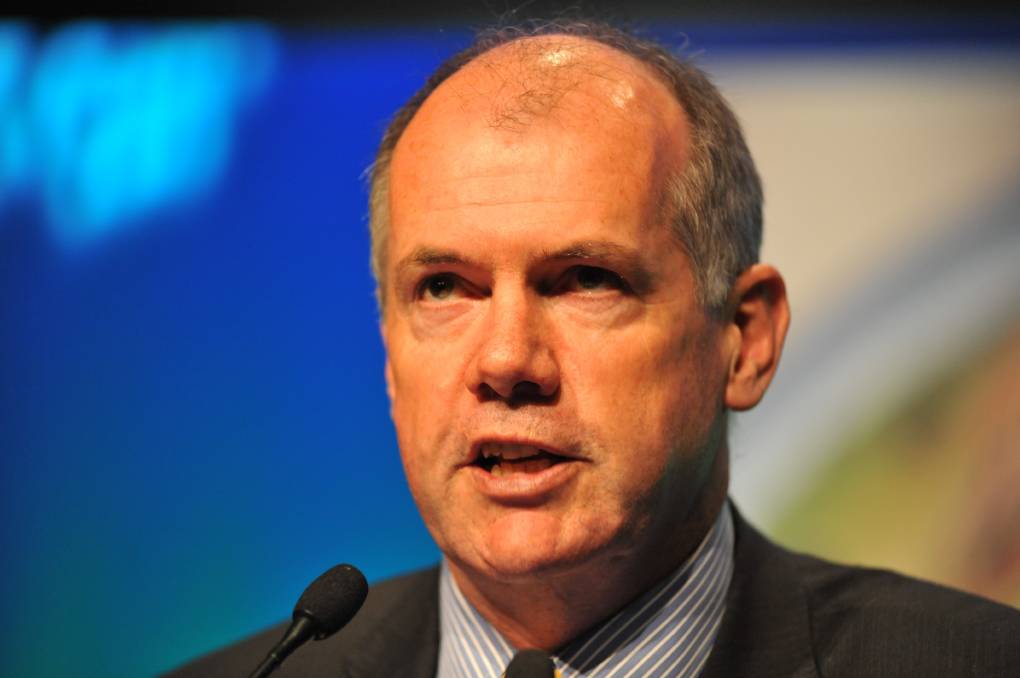 FROM FARM TO DEPUTY: Australian Competition and Consumer Commission deputy chair Mick Keogh OAM grew up on the family farm in southern NSW and previously headed up agricultural think-tank the Australian Farm Institute.

However with fatalities on the rise and indications other suppliers are about to release compliant quad models, the Australian Competition and Consumer Committee stands by the introduction of compulsory roll-over protection measures and refutes a number of the claims made by Honda earlier this week.

"We already have nine fatalities due to quad bikes this year, all of them involved quad bikes without operator protection devices," he said.

"It highlights to us that despite all the noise, all the publicity, about quad bike safety over the past two years while we conducted the review, fatalities are up and likely to be considerably higher.

"It reaffirms that something needs to change."

What about the dealers?

While some dealers have come out against the move, fearing the impact to their business, Mr Keogh said there was no reason bikes could not be imported into Australia and fitted to standard.

"Israel have had the requirement for roll-over protection in place for quite some time," he said.

"The dealers went straight to the manufacturer and did what they call parallel imports.

"I feel for the dealers, but our job was to improve product safety and save lives."

While Honda has claimed no ATV manufacturer could meet the requirements of the new standard, Mr Keogh disagreed.

"We deliberately designed the standard around the existing roll-over protection devices and left it quite open," he said.

"We didn't specify the exact requirement, with the only proviso being that it had to meet or exceed the existing roll-over protection devices.

"It was made as easy as possible and in reality manufacturers could simply have the dealers install an available roll-over protection device to new bikes and they would be compliant with the code."

Can they comply with code?

Mr Keogh said the claims manufacturers could not comply made no sense.

"We are also aware that one of the manufacturers at least is about to announce a range of models that are compliant with the 2021 roll-over protection and tilt-test requirement," he said.

"It does not quite make sense that some of the major manufacturers are saying they simply couldn't comply and that is why they are removing themselves from the market."

When asked by ACM whether the decision to pull out of the Australian market due to the potential for liability in overseas markets should they be seen to comply with the improved Australian safety standards, Mr Keogh said he could not speculate.

"We don't have any firm information on that," he said.

"The only observation I would make, was that again in the Israeli market the manufacturers took a similar approach and the dealers there began importing the vehicles on their own account and applying the required roll-over protection."

Would quads have gone anyway?

Mr Keogh said the quad market in Australia had been shrinking for some time, as farmers in particular moved to side-by-side vehicles.

"When you look at a manufacturer like Polaris, they had observed quite strong increases in demand for side-by-side vehicles, which have the fully enclosed cage," he said.

"The statistics in our report showed the demand was shifting quite significantly, the last few years have seen considerable growth in the volume of sales of side-by-side vehicles. and a shrinking number of sales of new quad bikes.

"It may well be that is a factor in the decision making to exit the market."

What did the coroners recommend?

While the recent statement from Honda claimed the move to roll-over protection devices was not supported by recent coronial inquests, Mr Keogh disagreed.

Mr Keogh said while in general the coroners in Australia had not specifically recommended the use of roll-over protection, they had not ruled it out, simply stating bodies more qualified should investigate what controls could be put in place.

"The exception to that is the New Zealand example where there were several fatalities on a large corporate farm.

"That farm then implemented a roll-over protection policy across their entire vehicle fleet, and while they subsequently had a number of serious incidents they had no fatalities.

"So the NZ coroner did recommend a move towards roll-over protection.

"The Australian coroners all recommended action needed to be taken, but were more equivocal about what sort of action it needed to be."

"There is an obvious issue there in terms of their safety."

Mr Keogh said quad bikes were unique in that they are essentially unregulated because they can not be registered for road use.

"There is a gap in the regulation, so while cars are subject to continual and progressively changing standards around safety, with things like air bags and crumple zones, there has not been any regulatory requirements around that for quad bikes," he said.

"Similarly motorbikes are subject to vehicle safety design rules because they are used on the road."

Why aren't helmets and training enough?

Mr Keogh said the ACCC carried out a rigorous safety assessment of quad bikes and their use before recommending the new safety standard.

"We did look at protective gear such as helmets, and we have no problem recommending them," he said.

"We did look at training, and we think it is useful, but when you look where the majority of fatalities occur it is actually very experienced riders making one bad decision on one day.

"The majority of users who suffer fatalities are older than 50, so they are typically people who have been working with and using quad bikes every day of their life for a considerable time.

"So the extent to which training would change how they used the vehicle is questionable, and the evidence points to a single bad decision or set of circumstances - and when that happens the vehicles are inherently dangerous because they tend to roll on people and crush them.

"Unfortunately that one bad decision results in a terrible outcome."

Mr Keogh said the choice to change the design of the quads to improve safety was also in line with the standard workplace health and safety concept of a 'hierarchy of controls'.

"The best solution in relation to a product safety issue is to change the design, if that is not possible then you move to regulation and licencing, training and protective equipment," he said.

Mr Keogh said ultimately the review found the implementation of roll-over protection was required to save lives.

"The strong view of a range of experts and engineers we commissioned as part of the study, was that the implementation of roll-over protection would be a very significant factor in improving the safety of quad bikes," he said.