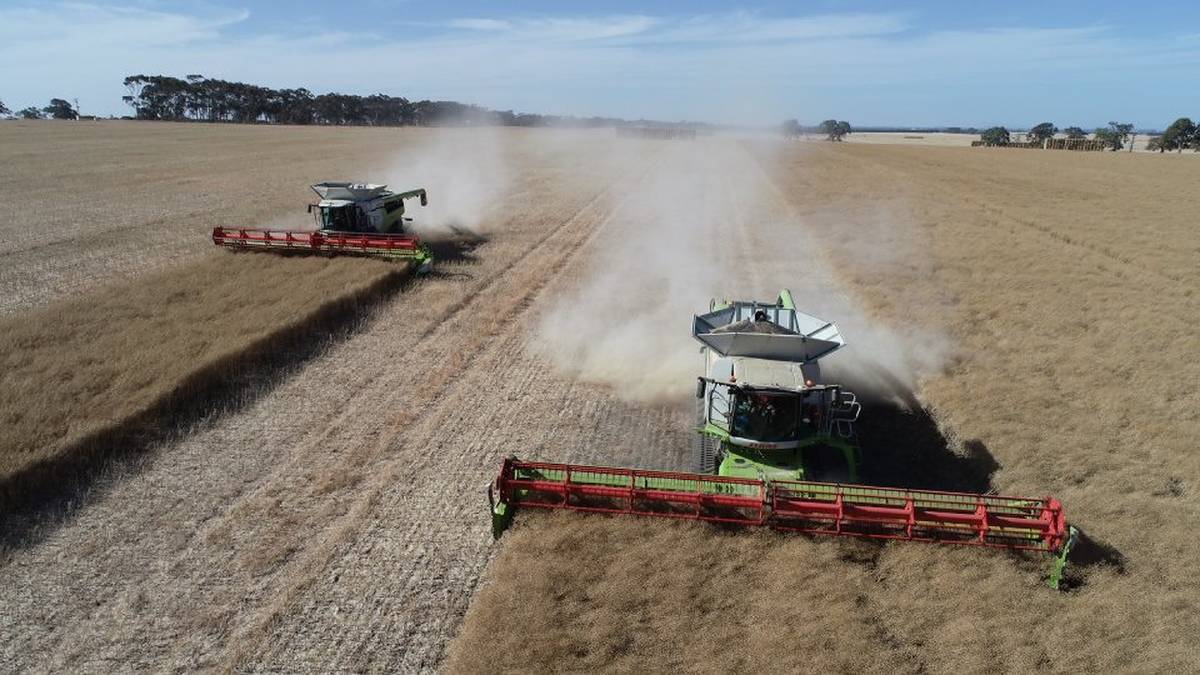 ON THE JOB: The new Claas Lexion 8000/7000 series was demonstrated across a number of farms in Victoria, South Australia and Tasmania throughout last year's harvest.

Demonstrated across four states, the new Claas Lexion 8000/7000 series headers have performed well in their first harvest, filtering through to strong sales.

"We planned one of the biggest demonstration programs we've ever done for Lexion," he said.

"It was a really successful program, we had over 70 demonstrations on farm, about 106 days of work and around 893 hours across the four machines including road travel."

Mr Reeves said when introducing a new header to market it was important to collect and release its performance data.

"We wanted to show the machine full potential, but not shy away of showing any grain loss," he said.

"It's a question industry asks, farmers are looking for that data."

Mr Reeves said the machines were fitted with the Bushel Plus system, which uses drop trays to measure how much grain is lost.

"We used a telematic system to log what was achieved, the capacity and performance of the machines," he said.

"Being more transparent with the data you collect and opening that up to the customers, gives them meaningful information."

Mr Reeves said there were significant changes made to the machines in the new series, meaning testing in Australian conditions was important.

"The new series has bigger drums, bigger concave areas and the ability to handle more volume of crop, he said.

"But we needed to tailor it to Australia where it is drier and hotter.

"We use the machine at a different level, slower drum speeds then we would have had in our previous models, the concave is kept more open to allow more material through but without breaking it up.

"The settings are definitely important, an experienced operator is key."

Mr Reeves said along with standard manual operation, the machines were demonstrated using the Claas Cemos system, which optimised the harvest settings automatically.

Mr Reeves said the demonstrations had resulted in good sales.

"We are exactly where we want to be, having already sold our allocation of machines," he said.

"Those occurred in areas where we demonstrated, we haven't made the sales in NSW and Queensland due to drought conditions and we will look to demonstrate to those areas in the coming year."