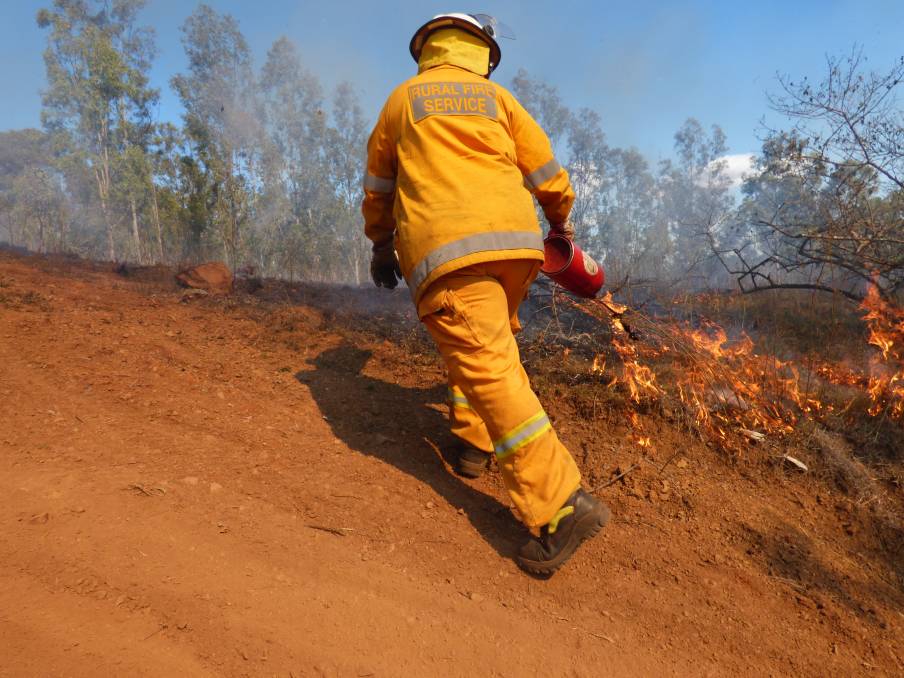 The sense in spending $18 million on leasing a 15,000 litre Air Tanker to fight bushfires in Queensland has been questioned when many rural brigades remain without a fire truck to operate with.

The sense in spending $18 million on leasing a 15,000 litre Air Tanker to fight bushfires in Queensland has been questioned when many rural brigades remain without a fire truck to operate with.

The state government last week announced it was putting more than $15 million plus $3.1 million into ongoing costs to bolster fire-fighting capabilities with a Queensland-based Large Air Tanker.

"It doesn't do any hazard reduction burning. Everyone has now come to the realisation that you can make fires less bad by reducing the fuel load," he said.

"And volunteers on trucks are the only way to completely black a fire out once they've started.

"You need boots on the ground, kicking in logs and suppressing embers."

According to Mr Choveaux, 25 trucks were scheduled to be built for rural fire brigades in the 2019/20 year and so far, the number built was zero.

A Rural Fire Service fleet update of June 2019 said a level of investment that would allow for the purchase of 60 vehicles a year was needed just to replace the fleet in a 15-year window.

The RFBAQ has this year built six Landcruiser units for brigades without one, funded by an anonymous donor, and is running an appeal to build and deliver heavy trucks for Birdsville and Burketown.

"So far this year the RFBAQ has gotten further ahead than the RFS, and we're a charity," Mr Choveaux said.

Rather than confirm or deny Mr Choveaux's assertions, Fire and Emergency Services Minister Craig Crawford said QFES advised that RFS brigades have the trucks needed to meet community demands and the budget had therefore returned to a normal operational level.

Mr Choveaux quoted the example of the Mt Ossa brigade in the Mackay RFSQ area, which had 52 members, 18 of them active, covering 175 square km with five slip-on units.

According to a letter supporting a request for a communications grant, the cane farming and cattle grazing region supplied three vehicles with slip-ons and two full crews for each vehicle for 10 days during the 2018 Mackay fires.

"Brigade officers regularly are committing their own vehicles with slip-ons to fires well beyond their land," the letter said. "They wish to get a command vehicle to base operations around."

"There are plenty of Mt Ossa's out there," Mr Choveaux said.

"I heard today from the Kunwarara RFB in the Rockhampton area - in the last fire season they went to Mt Archer, Yeppoon and Colosseum bushfires in their own vehicles, with borrowed radios.

"It's a bread and butter problem - the government should be fixing these things."

He added that while water bombing had shown itself to be a good tool to support firefighters, it hadn't blacked any fire out, completely eliminating the risk.

"You only need to look at Pechey, Sarabah, Peregian or Stanthorpe during last year's fires to see why," he said, adding that the LAT had been identified by Commissioner Greg Leach as a response measure.

"When you take $13m out, you take away valuable resources," he said. "Our people had to go down to NSW and Victoria this year in clapped out Nissans."

He called on QFES's rural aviation unit to undertake an audit of aerial firefighting assets, such as crop dusters, for use when needed, and said that rather than leasing one plane, these could be hired and called in when needed.

"The US is more than happy to station a plane over here for a month - that would be a much cheaper option."

Mr Millar highlighted the $13m cut to the fire service budget this year.

"How about we get that back to where it should be for a start," he said.

Mr Crawford said the $40.8m in current funding for the Rural Fire Service was 11 per cent higher than the LNP's last budget.

"Since 2015, we have rolled out 332 new rural and 205 urban trucks - the biggest investment in firefighting fleet in 20 years," he said. "That's an average of 58 new rural trucks every single year compared with the LNP's 27."

QFES Commissioner Greg Leach said the Queensland-based LAT would be utilised through an arrangement with the National Aerial Firefighting Centre.

"QFES already has a long-term and successful working relationship with NAFC through our use of rotary-wing and fixed-wing aircraft," Mr Leach said.

"With Queensland, as well as other states and territories, experiencing these longer and more intense bushfire seasons there is a strong potential for the 2020 bushfire season to be just as severe.

"QFES typically uses LATs for building extensive suppressant breaks in support of firefighting ground crew efforts and its water-bombing capability is part of the overall toolkit now used by QFES to prepare and respond to bushfire events."