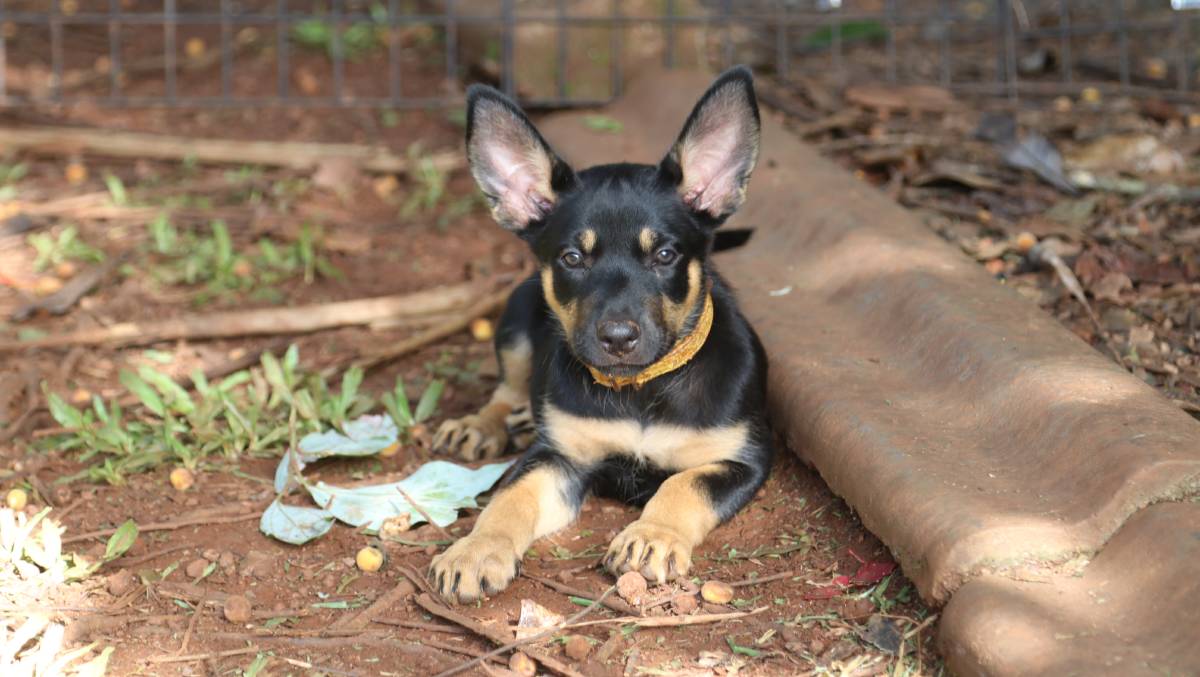 One of the Kelpie pups the sucessful bidder could choose from at Tuesday's Mareeba cattle sale fundraiser auction.

A Kelpie pup will be auctioned at the first Mareeba cattle sale of the year to help out drought and fire affected producers.

Atherton Tablelands Kelpie breeders Laurie and Julie Wright are doing their bit to help drought and fire affected producers with an auction set to take place in Mareeba on Tuesday.

The Bimini Park Brangus and Working Kelpies operators are putting up a kelpie pup for auction at the first Mareeba cattle sale for the year, with proceeds to go to Burrumbuttock Hay Runners.

Mr Wright said they had seen so many stories about producers who had been devastated by fire that they wanted to do their bit to help.

"We had the idea to donate a pup to someone who had lost a working dog in the fires and then we decided to instead raise the money that could go into hay donations," he said.

"There might even be some people who want to get together and really bid it up, but don't need the dog.

"If that happens, we will then donate the pup to someone who has lost working dogs in bushfires."

The Wrights have been breeding working Kelpies for 30 years and said the pups came from leading and proven bloodlines.

Mr Wright said they would be taking four puppies from the same little to the auction, two male and two female, so the successful bidder could have their choice of dog.

"Quality working dogs are invaluable with the amount of work they do without wanting anything but a safe place to sleep and a feed every day," he said.

"They're not only working dogs, they're your mates out in the paddocks every day."

There will also be a donation tin on the day of the sale to collect extra funds for the Burrumbuttock Hay Runners.