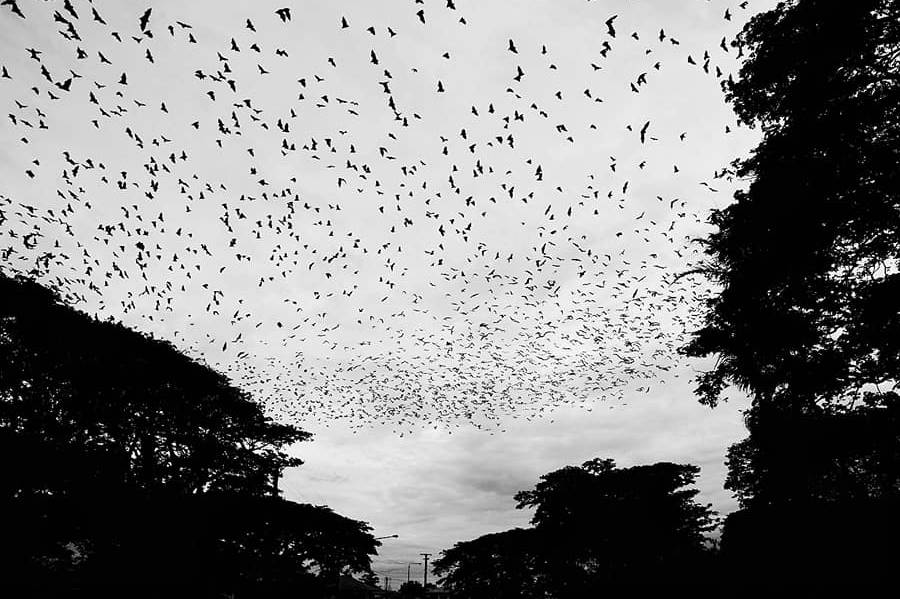 Trees will be trimmed and professional cleaners enlisted at Ingham State School after parents threatened to boycott the school if an influx of flying foxes in the area wasn't dealt with.

TREES will be trimmed and professional cleaners enlisted at Ingham State School after parents threatened to boycott the school if an influx of flying foxes in the area wasn't dealt with.

It comes after about 250,000 little red flying-foxes invaded the town in numbers never seen before.

With the original roost at the Botanical Gardens unable to cope with the influx, the animals are on the move, with Hinchinbrook Mayor Ramon Jayo saying they had been moving to establish roosts in 12 additional locations.

Of greatest concern is the sheer number of bats around the Ingham State School, the hospital, a kindergarten, the pony club, the RSL and pubs and businesses in the CBD.

Cr Jayo said council's hands were tied in their dispersal methods and staffing levels to keep the bats under control.

He said each morning staff were trying to move the flying foxes on from their new roosts, but they were becoming more stubborn.

"With the sheer number we just can't handle them trying to break into new areas. Our focus at the moment is trying to dissuade them from settling into new areas," Cr Jayo said.

"We're now dealing with over 12 new areas, and the animals are becoming very stubborn and refusing to cooperate.

"The numbers continue to build and we're starting to fight a losing battle from them colonising new areas." 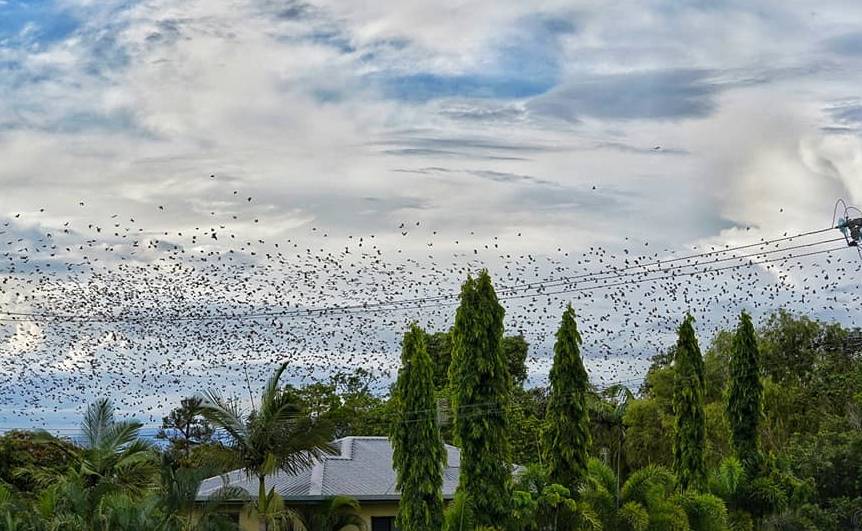 Rachael Coco, who has three boys aged under nine, said parents were worried about the health issues associated with the flying foxes being in and around the school yard and kindergarten.

"I have two at the school and a three-year-old that will be starting at the kindy that as of today was inundated," Mrs Coco said.

"With three boys under nine I know what they get up to and put in their mouth.

"The roost is an ongoing issue in our community this year with the migration of little reds, the influx is unprecedented.

"In 2018 we had them falling dead in the school grounds from heat stress and what's happening now is even more of a threat.

"They are living and flying over the school grounds in increasing numbers. It's not just the threat of lyssavirus, anyone who is a parent knows children put their hands in their mouth, so if they touch handrails soiled with flying fox excrement, they're playing in playgrounds covered in it, they're risking diseases... even things like fleas and ticks are a very real concern."

Cr Jayo said council, the school principal and local admin, and local hospital workers, had asked for more support from the state government to deal with the problem.

As a result, the Department of Envrionment and Science this afternoon announced they would provide technical and financial support to Hinchinbrook Shire Council to help manage the flying foxes in Ingham.

Following a meeting with DES and council today, the Department of Education said action would be taken to help protect the school.

This includes trimming appropriate trees at the Ingham State School site, in accordance with the arborists report, to prevent the colony from roosting within school grounds.

Professional cleaners will be engaged to assist with cleaning the school as a result of any flying fox activity, and this will be monitored daily.

A DES spokeswoman said DES wildlife officers had also provided advice to Education Queensland about dealing with flying-foxes in trees near schoolyards in Ingham and preventing school children from touching the animals.

"DES staff will continue to liaise closely with all parties to ensure any assistance can be given on short notice," they said.

Going forward, DES has agreed to assist council with a proposed project to investigate whether the flying-foxes roosting in the Ingham Botanic Gardens could be relocated to another site away from the town centre.