RISING MARKET: Cattle being held at the Julago faciliy ahead over their voyage to Vietnam.

The largest shipment of cattle bound for Vietnam has left the Port of Townsville, with demand from the south-east Asian country contributing to a live export boom.

THE largest shipment of cattle bound for Vietnam has left the Port of Townsville this month, with demand from the south-east Asian country contributing to a live export boom.

The world's biggest purpose-built livestock carrier Ocean Shearer departed Townsville with 13,116 head of cattle on January 9 and will reach its destinations in southern and central Vietnam this week after an eight day voyage.

Mr James said cattle was drawn from an area spanning from central Queensland, the Atherton Tablelands and west to Cloncurry to make up the large order. It took 50 hours to load 13,116 head of cattle on to the Ocean Shearer at the Port of Townsville, with the shipment bound for Vietnam.

"It was a big shipment to find all the cattle, from across central and North Queensland but we filled it and the money was right, averaging about $3.15/kg for steers.

"The demand in Vietnam has been a strong market for us in the last 12 months."

It is the largest shipment of live cattle to Vietnam from the Port of Townsville since 2014 ,when 12,917 head were exported on the vessel Ghena.

The port's largest shipment of cattle was in December 2013, when 20,059 head were exported to Indonesia aboard Deneb Prima.

And Mr James said that demand was showing no sign of letting up, with three more boats booked in for January, and another four in February.

"Townsville is our main port for export now, we're doing about three or four a month out of Townsville.

"In the last six months our numbers have increased out of Townsvilled and Vietnam is our main customer for NACC.

Townsville is on track to overtake Darwin as the north's largest live export port this financial year. 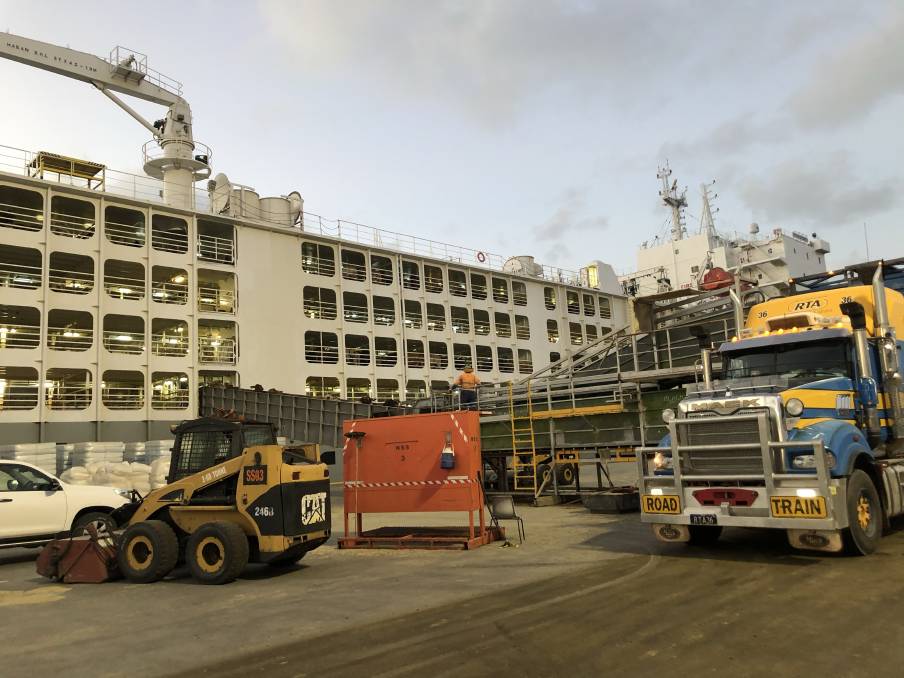 It took 50 hours to load 13,116 head of cattle on to the Ocean Shearer at the Port of Townsville, with the shipment bound for Vietnam.

In the six months to December 229,724 cattle have been exported from Townsville, compared with 293,169 for the entire last financial year.

Mr James said while the Vietnamese market was always catered for out of Townsville, there had been additional demand for Queensland cattle bound for Indonesia.

"I think the number of cattle leaving Townsville instead of Darwin for Indonesia would have doubled.

"There are varying reasons for that; the lack of rain in the Northern Territory has been a big part of that and the quality of cattle has been good out of Queensland.

"They'll go very close to matching Darwin with the numbers this year, that's a big feat for Townsville."