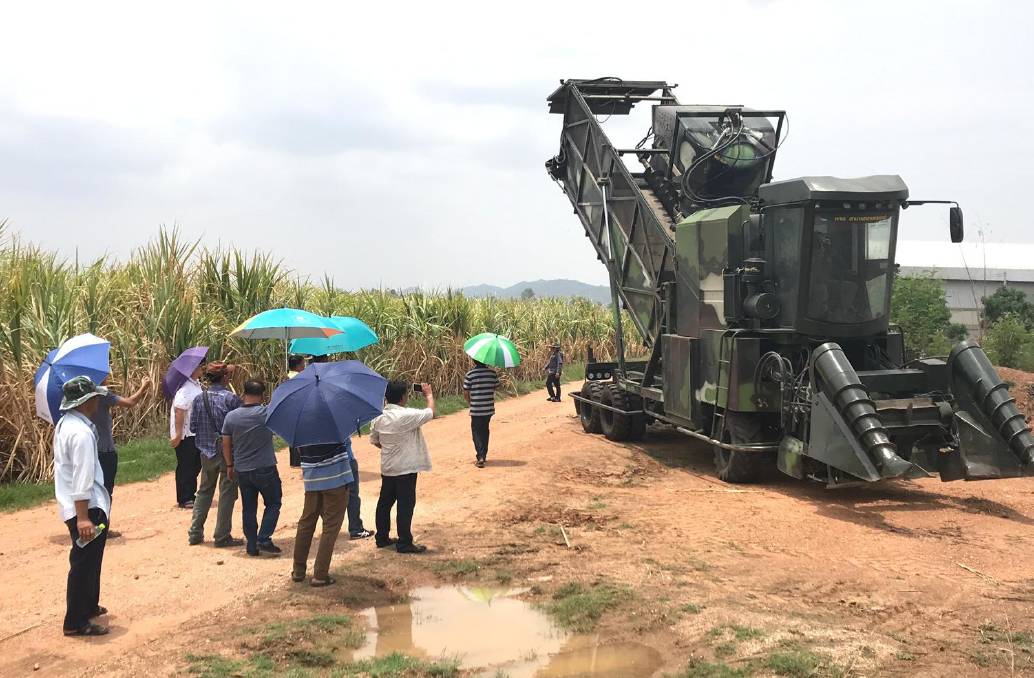 STEALTH EDITION: The SM200 Superspeed by Samart Kaset Yon is billed as the latest development in cane harvesting by the Thai company.

Camouflage harvesters may seem somewhat redundant given they would still be fairly easy to spot when working, however what started as an in-house marketing joke has proven popular with Thai sugarcane farmers, with pre-orders for the special 'camo' paint job rolling in.

Previewed late last year at Thailand's Sugarex trade show, the SM200 Superspeed by Samart Kaset Yon is billed as the latest development in cane harvesting by the Thai company.

Capable of highway travel speeds of up to 50 kilometers an hour, the Superspeed eliminates the need for truck transport, a feature the company believes will be attractive to growers in many export countries.

Samart owner and chief designer Samart Leethirananon said the harvester borrowed from precious models, however incorporated significant changes to the undercarriage, including a multi-wheel rear chasis concept with a drive steer axle at the front of the machine.

Mr Leethirananon said Superspeed models were available with emission rated engines ranging between 154 to 212 kilowatts (207 to 275 horsepower) and first delivery was expected early this year.