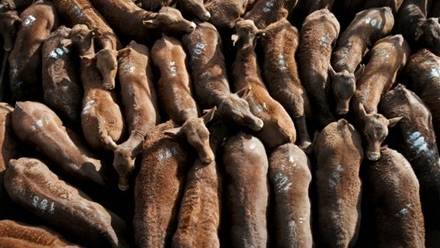 New regulations will be brought in surround lay cattle preg testing in Queensland.

Cattle pregnancy testing in Queensland is in for a shake up, with lay practitioners to get the green light under a new accreditation scheme.

Cattle pregnancy testing in Queensland is in for a shake up, with lay practitioners to get the green light under a new accreditation scheme.

The changes to regulations will mean cattle pregnancy testing and ovarian scanning for commercial purposes and scientific research will be able to be carried out by a wider range of people.

"After a lengthy consultation process, we are confident that it will benefit the industry if people other than veterinary surgeons can conduct testing and scanning," he said.

"This will be of particular benefit in North West Queensland where cattle producers don't always have readily-available veterinary surgeons to do pregnancy testing for herd management and live export purposes.

"Any animal welfare concerns can be appropriately addressed under the proposed new arrangements.

Mr Furner said the Queensland Government will work with industry through next year to get the reforms in place.

"The Department of Agriculture and Fisheries will work through accreditation issues with interested stakeholders," he said.

"I anticipate a suitable scheme will be designed by interested stakeholders and be ready for commencement when the legislation comes into effect."

But Australian Cattle Veterinarians has raised concerns deregulations could drive vet services away from the bush and say a resulting skill shortage would have serious flow-on effects for animal welfare, disease surveillance and exotic disease preparedness and live export markets.

ACV president Ian Bradshaw said he was disgusted that AgForce learnt of the changes before the veterinary industry was aware a decision had been made.

"It's patently ridiculous to say lay preg testing won't have a real impact to the viability of vet practices in rural and regional Queensland," he said.

"This is clearly false as income from pregnancy diagnosis lies at the core of cattle practice, not just because of the base loading it generates, but the fact that it is routine, schedulable work that can be performed efficiently.

"This work helps support much of the other veterinary services provided to cattle producers, which are often unpredictable, unprofitable and, not uncommonly, are emergencies occurring outside of business hours.

Responding to veterinary emergencies, be that a calving, investigating a mortality event or a significant disease event doesnt run to timetables or meet a budget."

Dr Bradshaw also said lay pregnancy testers might not be able to provide the same level of diagnostic accuracy that qualified veterinarians could.

Mr Furner said some veterinary practices may elect to employ or work alongside lay testers, allowing veterinary surgeons to value-add through their broader skills base.

"I respect the priorities expressed by producers and have factored these into my assessment.

"The important role played by veterinary surgeons in remote every day disease surveillance and response is recognised."

AgForce cattle president Will Wilson said the industry body appreciated the work done to recognise the needs of producers in rural and regional Queensland.

"AgForce is looking forward to working with others to establish a reliable industry-based accreditation scheme as soon as we can," he said.

"Let it be very clear, this is not about taking away business from vets or reducing standards.

"It is all about ensuring there is increased access to reliable, timely and cost-effective pregnancy testing and improved animal welfare.

"We now need to work hard with others to put a reliable industry-based accreditation scheme in place as soon as we can."

Meanwhile opposition agriculture spokesman Tony Perrett criticised the time taken to reach a decision on the matter, with the consultation process beginning in October 2018.

"Cattle producers and vets have been left hanging on this decision for more than a year now while Labor distracted its self with one integrity scandal after another," he said.

"While the LNP welcome a decision on pregnancy testing, it is essential that the Government continue to work with all of industry to ensure any changes benefit all, not just a few."