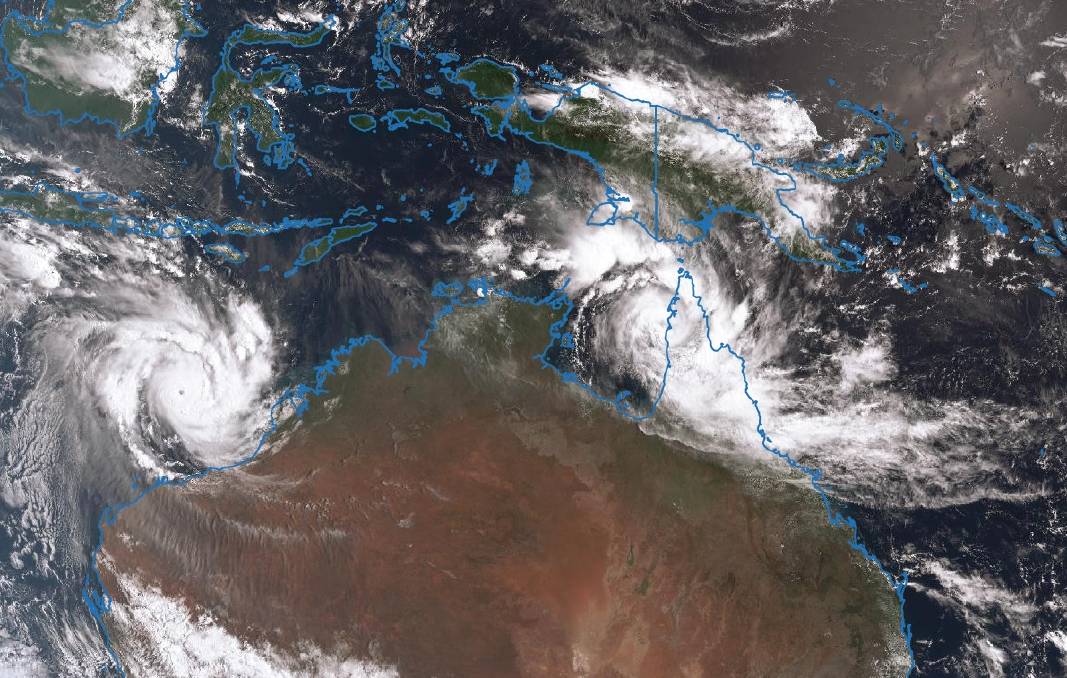 The season, which runs from November to April, is likely to be less active than normal with the BoM saying there was a 65 per cent chance of fewer cyclones.

Can one predict how a cyclone will unfold based on its name?

With the 2019/20 Tropical Cyclone Season less than two weeks away, weather organisations have shared the list of 11 names that will be bestowed upon cyclones this season, should they eventuate.

Having seen the list, this journo has decided to take a stab at predicting what will unfold. 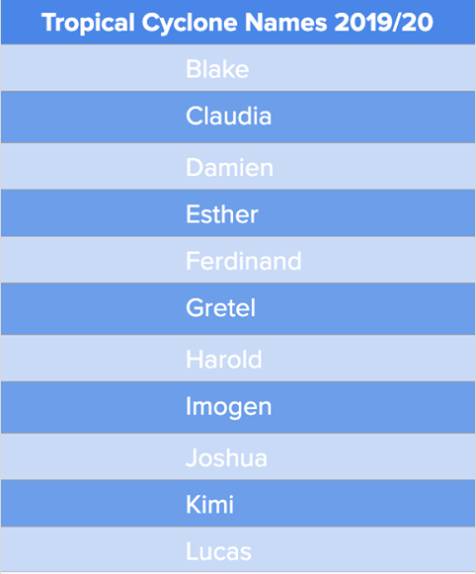 Though I don't consider myself a weather connoisseur, I figured my efforts can't be any worse than the people who actually get paid to forecast Mother Nature.

So as not to waste too much of your valuable time, I won't attempt all 11, but if you'd like to know more, please feel free to get in touch.

First cab off the rank is Blake. Though not a huge follower of The Bachelor, one cannot ignore a flashback to 2014 when Blake Garvey claimed the title of 'Australia's most hated man'.

If Tropical Cyclone Blake was to follow in the footsteps of this individual, we can expect him to set a path but do a startling change-of-direction at the last minute.

A U-turn and repeat encounter, perhaps?

Either way, there'll be a trail of destruction in his wake and we'll be talking about it for a long while afterward.

I myself have never read or watched the story of Ferdinand the Bull, but his character points to all good signs if Tropical Cyclone Ferdinand develops.

Don't be scared by the size of this beast, his preference for smelling the flowers instead of fighting means this cyclone is likely to be a flash in the pan.

Though the Bureau of Meteorology can't forecast where a cyclone will develop, I'd hazard a guess that Ferdinand's penchant for flowers means it will sit off the coast of Far North Queensland.

Per the Hansel and Gretel Guide to Survival, Tropical Cyclone Gretel is likely to get lost in the woods - hopefully this points to an uninhabited part of the country.

If she does decide to approach a town, the residents won't have much to fear....the trail of crumbs signifies no substantial damage will be left in her wake.

No offence to the Harold's of the world, but this brings to mind an old guy who huffs and puffs to get going, but peters out pretty quickly.

He'll be one not to underestimate though, unpredictable nature and all that, so keep an eye on him but try not to be too worried by the old bloke.

I must admit, a few names on this list stumped me...the real reason for the conservative forecast (maybe BoM will hire me).

But according to the boss, Imogen is an Instagram influencer who is trying to seek fame while sunning herself on a beach in the tropics.

That's right Far North Queensland, you guys are about to cop it again.

This one is probably more concerning than Tropical Cyclone Ferdinand, what with the 'Instagram influencer' title alluding to an annoying, in-your-face experience.

In all seriousness though, to all the residents of cyclone-frequented regions, please stay safe this cyclone season.

* Disclaimer: This journalist means no offence to anyone with the above names.