Queensland Nationals Senator Susan McDonald has backed her conviction that new Civil Aviation Safety Authority regulations will do nothing to improve safety standards for Angel Flight users, going against the government line in the process. 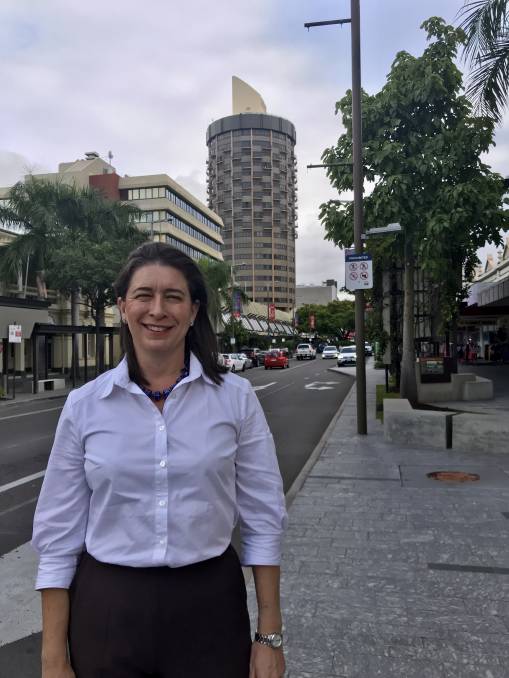 LNP Senator Susan McDonald says she is representing the issues and challenges of those who elected her in not following the party line in relation to new regulations that will have an adverse financial effect on Angel Flight.

Queensland Nationals Senator Susan McDonald has backed her conviction that new Civil Aviation Safety Authority regulations will do nothing to improve safety standards for Angel Flight users, going against the government line in the process.

On Thursday she crossed the Senate floor to support a disallowance motion moved by Centre Alliance's Rex Patrick that would have scrapped onerous new regulations for non-emergency medical flights, Angel Flight in particular.

In doing so, she said that when CASA wasn't able to demonstrate a basis for increased regulation and costs through greater maintenance, it was necessary for her to not support additional aviation regulation that did not lead to greater safety, just higher costs.

The motion was lost 12-29 after the government and opposition voted against it.

She said that as the chairwoman of the Rural and Regional Affairs and Transport committee, which recently inquired into the performance of the Australian Transport Safety Bureau, and in particular its report on the June 2017 crash of a flight conducted on behalf of Angel Flight Australia, she probably had the best understanding of what the regulations would mean to rural people.

The committee made two recommendations, to remove the provision for additional aeroplane maintenance requirements, which are beyond those required in the general aviation sector; and clarification around what constitutes the 'operating crew' for a community service flight, particularly as this relates to additional pilots and mentoring arrangements.

CASA, an independent statutory authority, only adopted the second recommendation.

Angel Flight CEO Marjorie Pagani said she was extremely surprised not to have greater Nationals support on the issue, which she described as a win for the ego of CASA bureaucrats.

"Susan is right - how can you support a safety regulation with no benefit," she said. "She has shown the intestinal fortitude to do what's right rather than follow a party line."

The change means that maintenance costs for Angel Flight pilots could treble. For a single engine plane these currently average $6000, and for twin engines it's $12,000.

"Despite being repeatedly asked by the committee what data they had that showed imposing greater maintenance requirements would have stopped the accidents that happened, or any accident, CASA couldn't show any.

"We've had no maintenance incident recorded in 47,000 flights."

News of CASA's proposals to introduce a new minimum safety standard for community service flights outraged rural Australia at the start of the year, which feared it would lead to the grounding of the essential medical taxi service.

Ms Pagani said the people in the community that supported Angel Flight would not let this latest setback deter them.

"Our passengers are 100 per cent in support of the way we do things - they say things like this are trying to destroy a very valuable service and they won't let it happen.

"And our pilots are so dedicated, I'm of the view they'll do what needs to be done to continue."

Ms McDonald said she hadn't had a win on this issue but as the chairwoman of the committee, was looking forward to having opportunities to bring forward other issues, particularly round mustering helicopters and drones.

""People and communities expect a lot from their elected representatives. Mostly they expect us to represent their issues and challenges," she said.

LNP Senator Simon Birmingham said the additional requirements were likely to affect less than 10 per cent of private aircraft engaged in flights.

"The government supports CASA, our independent civil aviation safety regulator, to use its expertise and professional judgement to determine appropriate safety measures for flights carrying passengers," he said.

Sponsored by
There was a yarding of 960 at Monto this week.
Test
Good results were seen across the yard at Emerald.
Test
Buyers competed for weaner steers at Gracemere.
Test
THE sights have been firmly set on agricultural enemy fall armyworm, with agronomists, scientists, government and industry bodies zeroing in on the best ways to manage the invasive pest.
Test
There were two sales held at Charters Towers this week.
Test
Water storage capacity in Home Hill will be increased more than 10 fold with a new reservoir to be built in the town.
Test
A mammoth crane will be an imposing sight on the horizon in Townsville, with the structure to loom higher than the city's current tallest man-made structure, the famed Sugar Shaker.
Test
A Woodstock grazier who came runner-up for a seat on Townsville City Council is demanding to be installed to save residents in division 10 the hassle of a by-election.
Test