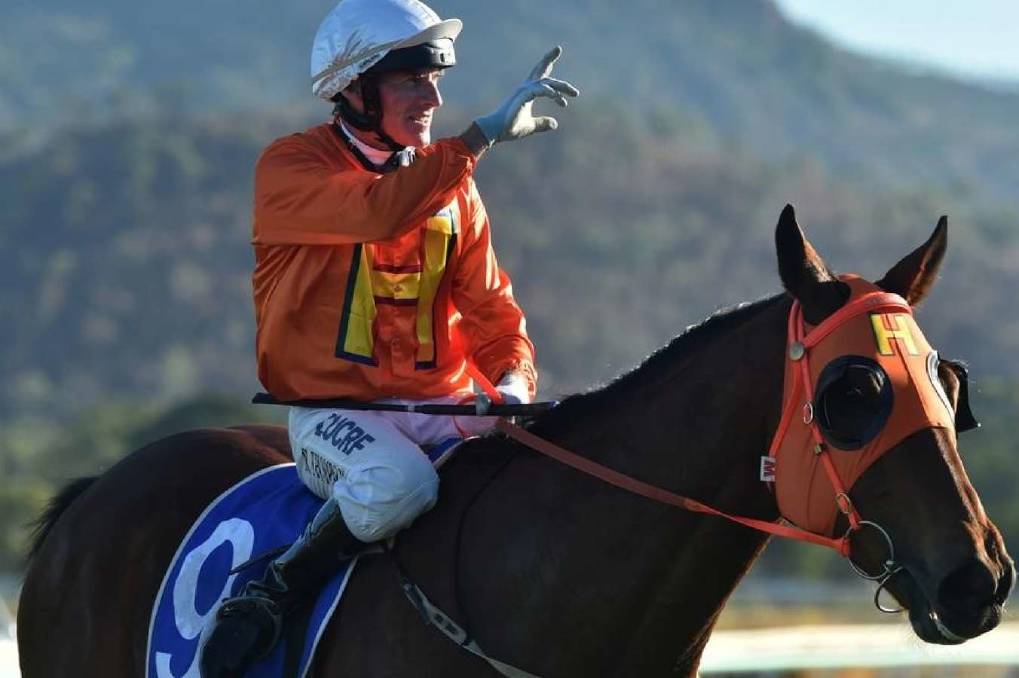 The Harrovian, to be ridden by Robert Thompson, will double his prizemoney if successful in the Cairns Amateur Cup today.

Cup topweight The Harrovian can win $278,000 in about two minutes.

FORMER Victorian The Harrovian is a clear favourite to double his prizemoney in the Stella Artois Cairns Amateur Cup (2100m) at Cannon Park this afternoon.

From his 22 visits to the track on raceday, The Harrovian has won nine times and managed minor placings on another four occasions for a bank account of $267,780.

If The Harrovian (Fastnet Rock-Harrow) is victorious he will collect $78,000 in winning prizemoney and another $200,000 bonus after previously winning the Townsville and Cairns Cups, which were part of the Northern Crown stayers series.

Trainer Stephen Massingham said the six-year-old was primed to race well and complete a fairytale.

Massingham said The Harrovian joined his stable after a mildly successful start to his career with Victorian-based Jim Conlan.

He said Conlan thought highly enough of The Harrovian to send the then three-year-old to Sydney for a quality event and had also been successful at Flemington.

The Harrovian became available and Massingham and stable clients thought he could emerge as a northern Cups contender, so they bought him.

In latest TAB markets The Harrovian heads betting at $2.10.

He will be ridden by Robert Thompson, who has ridden more than 4000 winners.

Atouchemore, trained by Jeffrey Caught at Jensen and to be ridden by Scott Sheargold, and Wulguru-trained Hardern (Michael Geaney and Nathan Day) are attracting attention.

But a firmer is the former Godolphin runner Astoria, one of two runners for the Atherton-based Janel Ryan who will also saddle We Just Love It (Stephen Wison).

Astoria, raced by Jack Pakis and a ride for Chris Whiteley, finished third, beaten less than two lengths, behind The Harrovian in the Cairns Cup on August 10. On that occasion Astoria carried 57kg and has the same impost this time while The Harrovian has 59kg, a rise of 2.5kg.