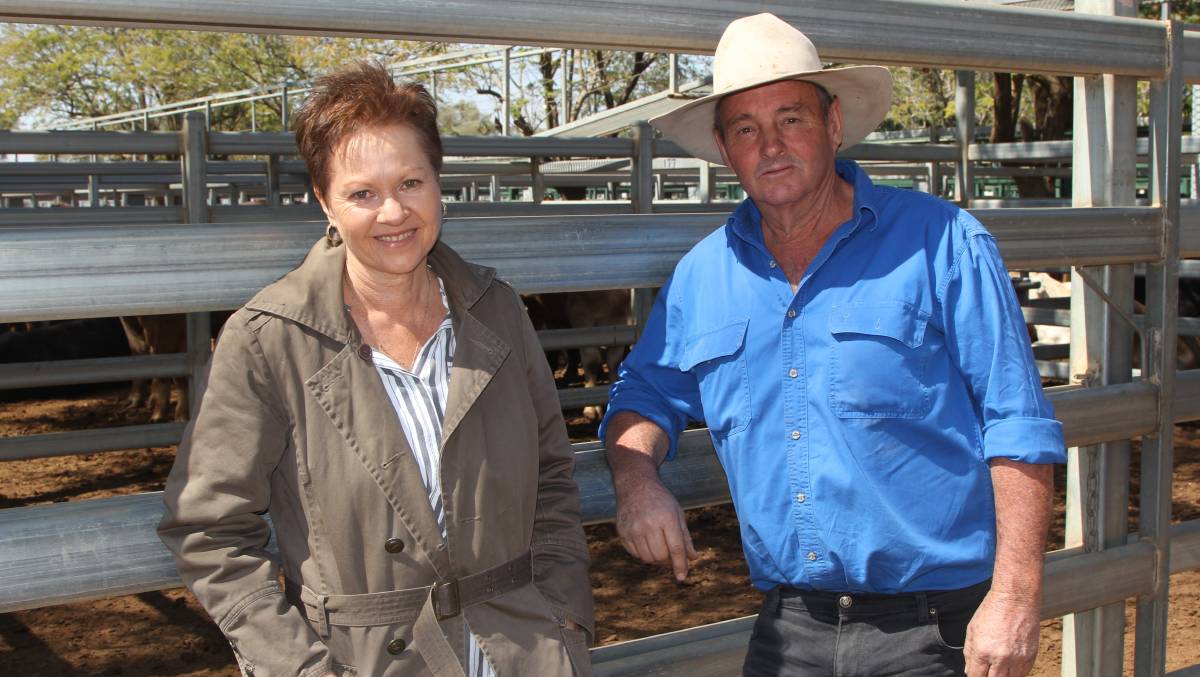 Cathy and Russell Hall, Betanga, Alpha, were on hand for the sale of their Charolais cross steers at Blackall.

Despite selling on a falling market, Russell and Cathy Hall were happy with the prices received for their line of Charolais cross steers at Blackall on Thursday.

Despite selling on a falling market, Russell and Cathy Hall were happy with the prices received for their line of Charolais cross steers at Blackall on Thursday.

The couple from Betanga, Alpha received a top price of 272c/kg for their 91 No 6 and 7 steers.

They averaged 457kg and the lead pen averaged 510kg.

Rain at the end of last summer put a horrendous drought in abeyance for a few months for the Halls but the memories of what they went through is never far from their minds.

"If we didn't sell we'd run out of feed," Mr Hall said, echoing the situation many have found themselves in over the last seven year. "The drier it gets, the more prices come back so we were happy with that today."

The market at Blackall, where 3900 head were yarded, followed the downward trend at Dalby and Roma this week, where 6000 and 7000 head respectively were yarded.

"Blackall has been incredibly strong all year but it followed the softening trend across the state today," he said. "That was particularly apparent in the fat market but the stores held up well with interest from Cloncurry." 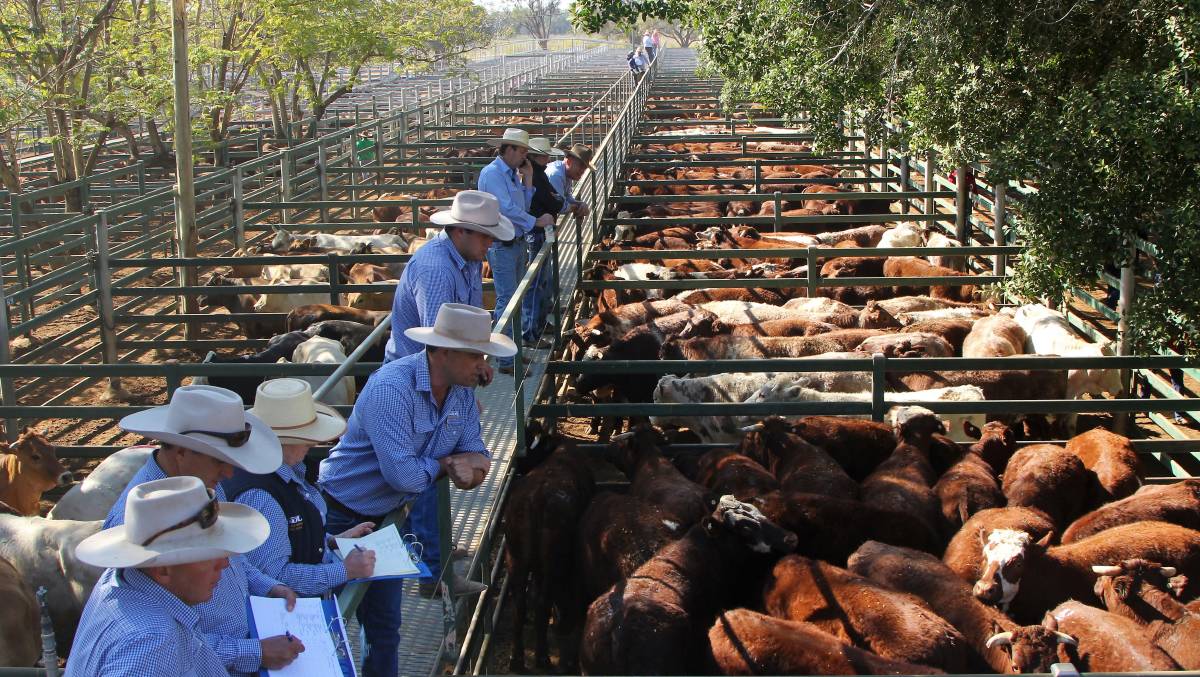 The Blackall Saleyards were full for the mid-September sale

The yarding saw a full complement of heavy cows and bulls and Elders Longreach's Tim Salter said seasonal conditions had meant a lot of tough decisions were being made once again.

"People are trying to pre-empt what's ahead for the next two or three months," he said.

Braemar Investments, Lighthouse, Blackall sold Charolais cross heifers for 210.2c/kg with an average weight of 346.8kg to return a head value of $728.94.

Sandover Pastoral Co, The Patrick, Barcaldine sold Santa cross heifers for 206.2c/kg with an average weight of 334.2kg to return a head value of $689.05.