Bob Katter is demanding the federal government audit the science which has deemed the Great Barrier Reef to be in 'very poor' condition. 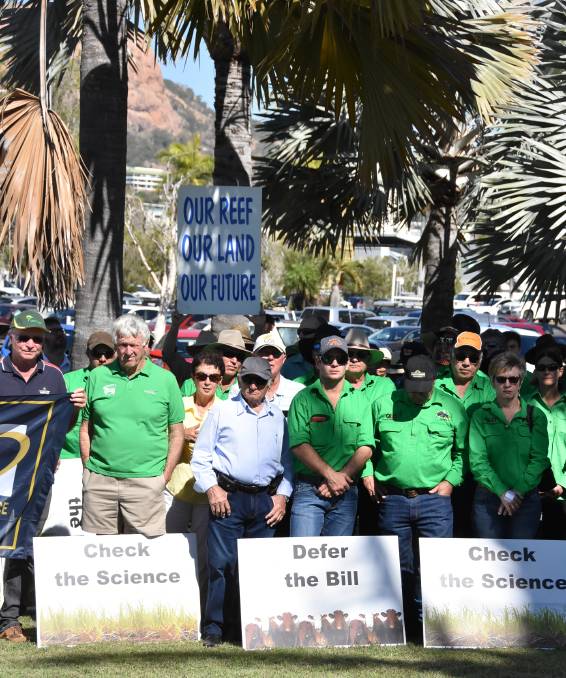 Bob Katter is urging the federal government to 'check the science' around reports on the health of the Great Barrier Reef.

KENNEDY MP Bob Katter is demanding the federal government audit the science which has deemed the Great Barrier Reef to be in 'very poor' condition.

Mr Katter this week drafted a resolution, which, if it gains support in parliament, would see the Auditor General audit the science leading to the constant denigration of the reef.

Specifically, he is calling for the $120 million allocated for Crown of Thorns starfish removal and the subsequent $443 million reef plan to be examined.

It comes after controversial marine scientist Professor Peter Ridd won an unfair dismissal claim against his former employer JCU for querying the reliabilty of some reef science. He was last week awarded $1.2 million in compensation for his sacking.

Mr Katter said his resolution echoed Dr Ridd's public views and he would call for the Auditor General to set up an audit which focuses on the reef science specific to reef turbidity, sediment and nutrient runoff for six Queensland catchments; Cape York, Wet Tropics, Burdekin, Mackay Whitsunday, Fitzroy and Burnett Mary.

His move comes as the Queensland state government look to introduce tough new reef regulations, which farmers believe will cripple their industries. Farmers banded together during a mass protest against the new laws in Townsville last week.

"Every single report on tourism in North Queensland is disastrously bad. The name of the Great Barrier Reef has been dragged through the mud continuously," Mr Katter said.

"We will now be moving a resolution in the House of Representatives requesting the Auditor General carries out an audit into the science behind the constant denigration of the Great Barrier Reef, and, a forensic audit specifically into the $120 million allocated for Crown of Thorns starfish removal and the subsequent $443 million reef plan."

Mr Katter said it was vitally important that the science was quality checked to ensure that Australia's vital primary industry was not impacted based on propaganda.