For the fourth successive month, the female slaughter ratio (FSR) has come in above 58 per cent, signalling continued destocking across Australia. 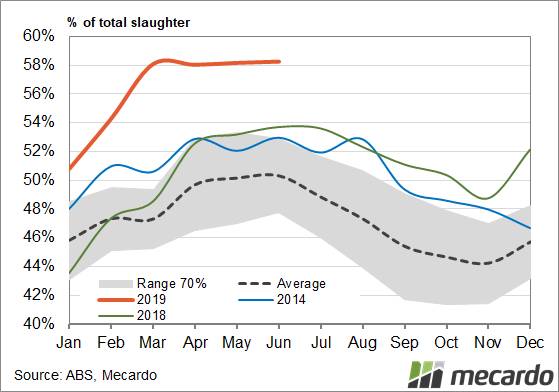 FIGURE 1: Australian female slaughter ratio. The threshold for determining a cattle liquidation in Australia is an annual average FSR above 47pc. With the current FSR nearly 10 percentage points above this, we are well and truly in destocking territory.

An elevated female cattle slaughter ratio in the USA is pointing to a downturn in the herd there too and the beginning of their destocking phase.

Albeit, this is to a lesser magnitude to what we are experiencing locally.

In the USA, the FSR has been running at elevated levels for much of the 2019 season, registering an annual average figure of 48.6pc compared to the 47.2pc achieved in 2018 (Figure 2).

The last time the USA FSR was higher than the current season was during the midst of the most recent US herd decline in 2011 when the FSR set an annual average level of 49pc. 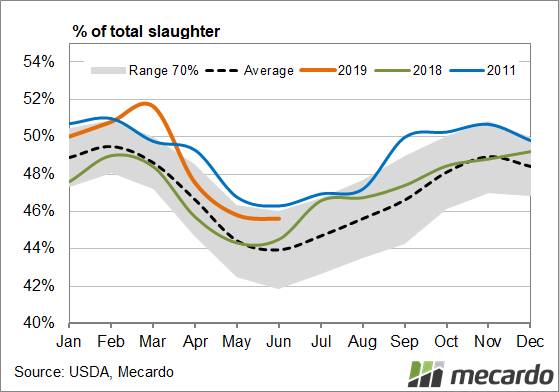 FIGURE 2: USA female slaughter ratio. The threshold FSR for determining whether the cattle cycle is in a liquidation or expansion phase in the USA is similar to Australia, at 47.5pc.

To see an FSR in the USA anywhere near current levels, you would have to go back to 1986 when the annual average FSR came in at 51.1pc.

Analysis of the US cattle cycle shows that over the last one hundred years there have been eight cycles of herd expansion and liquidation, lasting between nine to fourteen years and averaging ten years.

Expansion phases can last between three to eight years and over the last century have averaged five and a half years.

The US cattle herd has expanded each year since 2015.

They are currently in the fifth year of expansion, although with the current year recording elevated female cattle slaughter levels it is likely that it will enter a liquidation phase either this year or next.

The story Liquidation looming in the US first appeared on Farm Online.