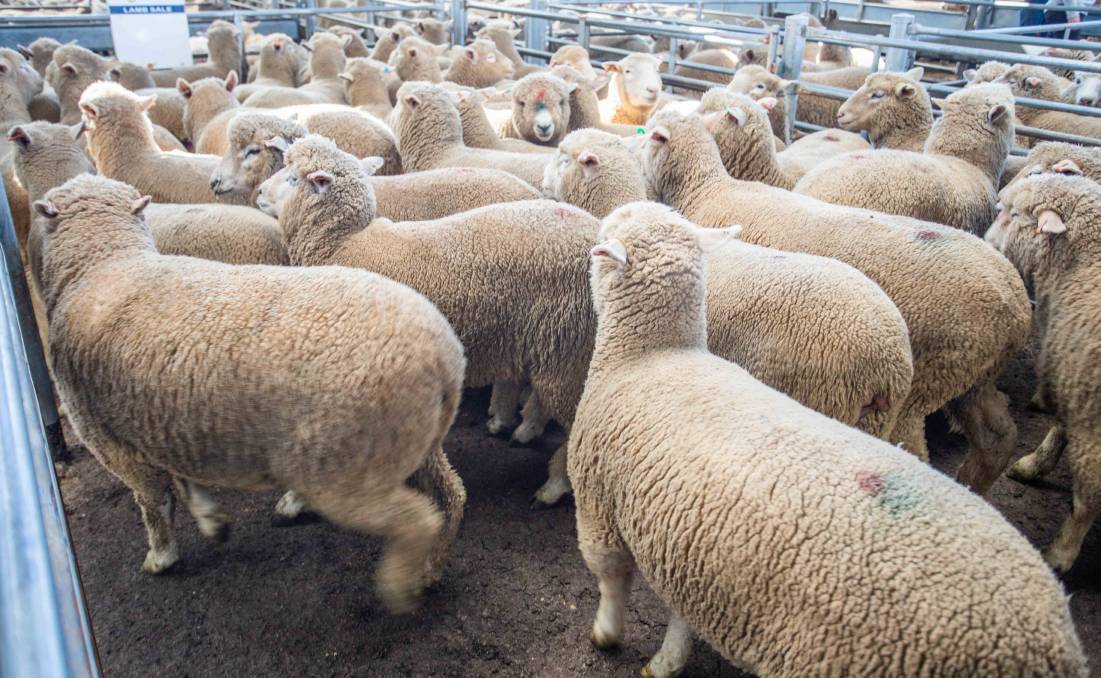 Much of the credit for record sheep and lamb prices can be put down to export markets, although, supply is definitely playing its part.

The latest export value numbers released for June show a small decline in total lamb export values and a small rise for mutton.

This was however on the back of a new record for lamb export values in April (Figure 1). 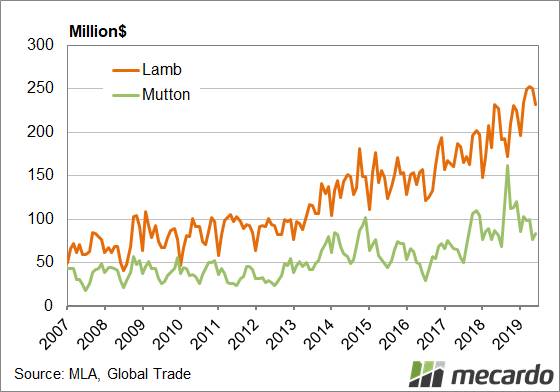 FIGURE 1: Australian lamb and mutton export values. Strong supply and strong price combined to lift lamb export values over $250 million for the first time in April. It has since dropped marginally.

The growth in export values has been considerable over the last three years.

Export values of mutton have been falling this year but this is down to declining volumes.

For the 2018/19 financial year, mutton export values were $1.24 billion, and over three years have outstripped lambs gains, having added 77pc.

Unlike lamb, a part of the rise in mutton export values was down to stronger volumes, which gained 27pc, but plenty was due to price. 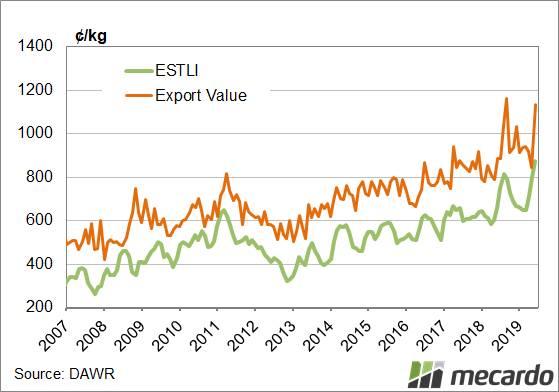 While not quite breaking the record set in September last year, we can expect that in August.

June also saw mutton export values in c/kg rally, but as with lamb, it fell short of the record set in September last year.

We can see that the margin was tighter for exporters however, with the mutton indicator discount to the export value at 192c while it was 380c last September.

The good news for sheep and lamb producers is that exporters have been able to pass higher lamb costs on to overseas customers, at least in part.

We know lamb prices kept rising in July, and this probably saw a margin squeeze as exporters came up against resistance at record levels and cut kill space.

Mutton is in a similar situation.

It has come up against resistance in both export value and saleyard prices.

Mutton supply is unlikely to recover quickly, however, so export values might be maintained at higher levels for a while yet.