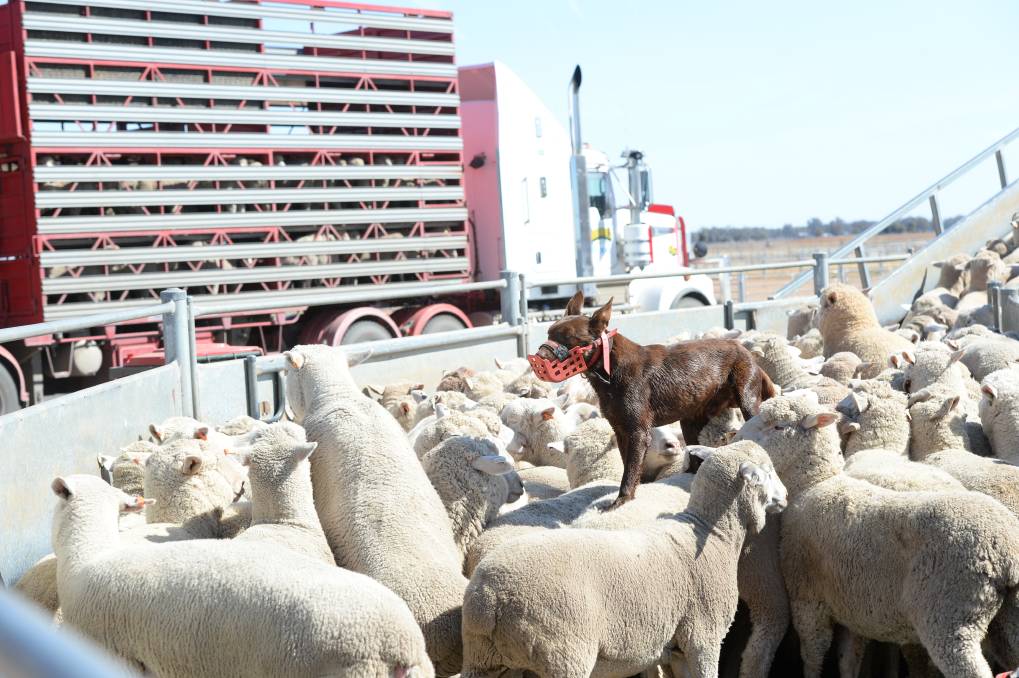 STAYING ON TOP: With the flush of new-season lambs onto the market, producers are now watching to see if the current high prices will be affected. Picture by RACHAEL WEBB.

Sheep processors don't think the traditional flush of new-season suckers will seriously dampen prices this spring, according to ANZ Bank.

The indicator is now 38c below year-ago levels and has dropped 99c in the past four weeks and 141c from its record peak last July. The heavy lamb indicator has nosedived 133c in the past month.

But quality is still being rewarded in the lamb pens at major saleyards.

Limited numbers of trade weight new-season lambs were dearer selling from $158 to $220 a head atg Dubbo on Monday.

ANZ said in terms of the quality of stock on offer, lamb carcase weights have continued their long-term increasing trend, averaging 23.48kg year to date for 2019 compared with 22.78kg three years ago. 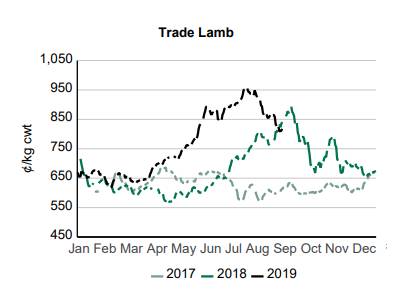 STILL ON A HIGH: Although the Eastern States Trade Lamb Indicator has dipped below year ago levels, it is still at high levels.

"With Australian sheep pricing mechanisms favouring weight in their current form, it is not surprising that producers have been willing to invest in lamb finishing systems to capture larger dollar-per-head returns than would have been thought possible just a few years ago," the ANZ report said.

"The winter period has brought with it not just a slowdown in slaughter and processing but also a corresponding steadying in sheep and lamb export markets.

"Winter is traditionally a slower period for exports, however, the high domestic pricing and lower availability of processed product are having an impact this year.

"Overall however, exports remain strong for 2019 with year to date volumes up six per cent for mutton and three per cent for lamb when compared with the corresponding period of 2018."

The driving force keeping exports above year to date levels from 2018 has been Asia, in particular mutton exports to China, which are up 59pc for the Jan-July period year-on-year, the ANZ said.

"The flow on effects of African Swine Fever later into the year will be of particular interest to watch for sheep producers, as any increase in appetite for Australian red meat protein could

combine with a tight supply of spring lamb to underpin further price growth throughout China's peak sheepmeat importing period of September through December."