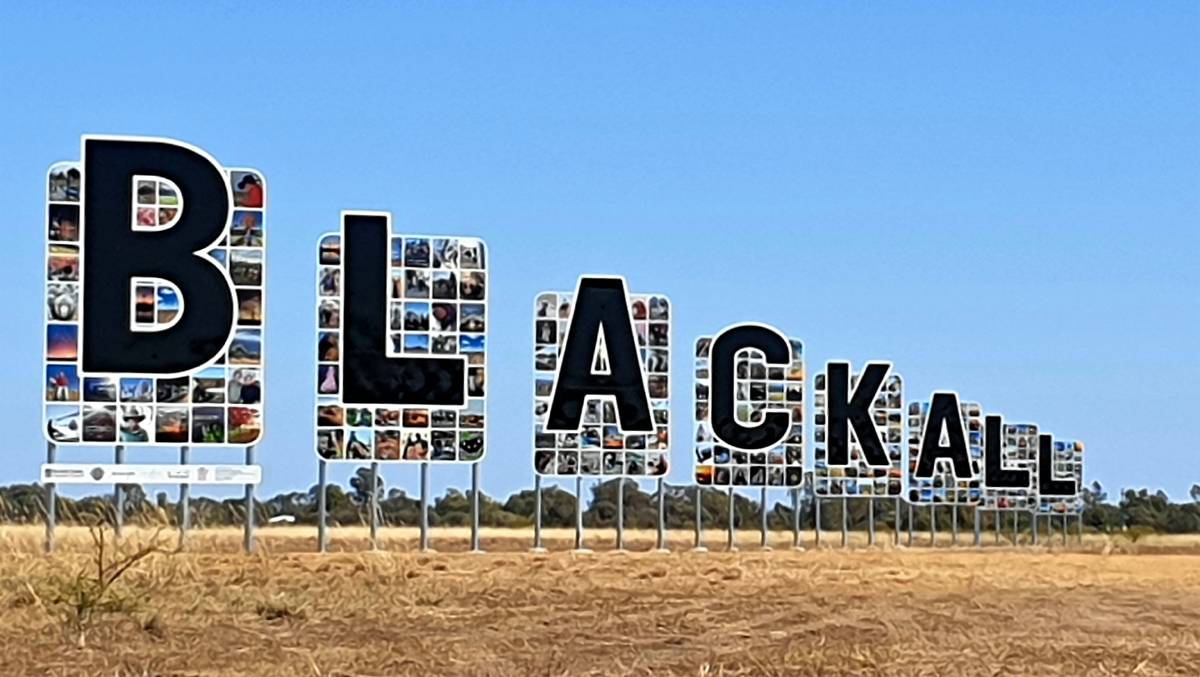 Los Angeles might have the nine white letters that spell out the word Hollywood but now the western Queensland town of Blackall has its own version.

Los Angeles might have the nine white letters that spell out the word Hollywood but now the western Queensland town of Blackall has its own version.

Local mayor Andrew Martin hailed the People's Sign unveiled during the town's Better in Blackall festival as a real show-stopper, viewable even from the air.

Stretching for 250 metres along a fenceline on the eastern approach to the town, each of the eight letters stands a total of 7m high and 4.4m wide.

As well as its sheer size and reflectivity, meaning that it packs just as much punch at night, the use of 330 photos taken by community residents have made it a talking point near and far. 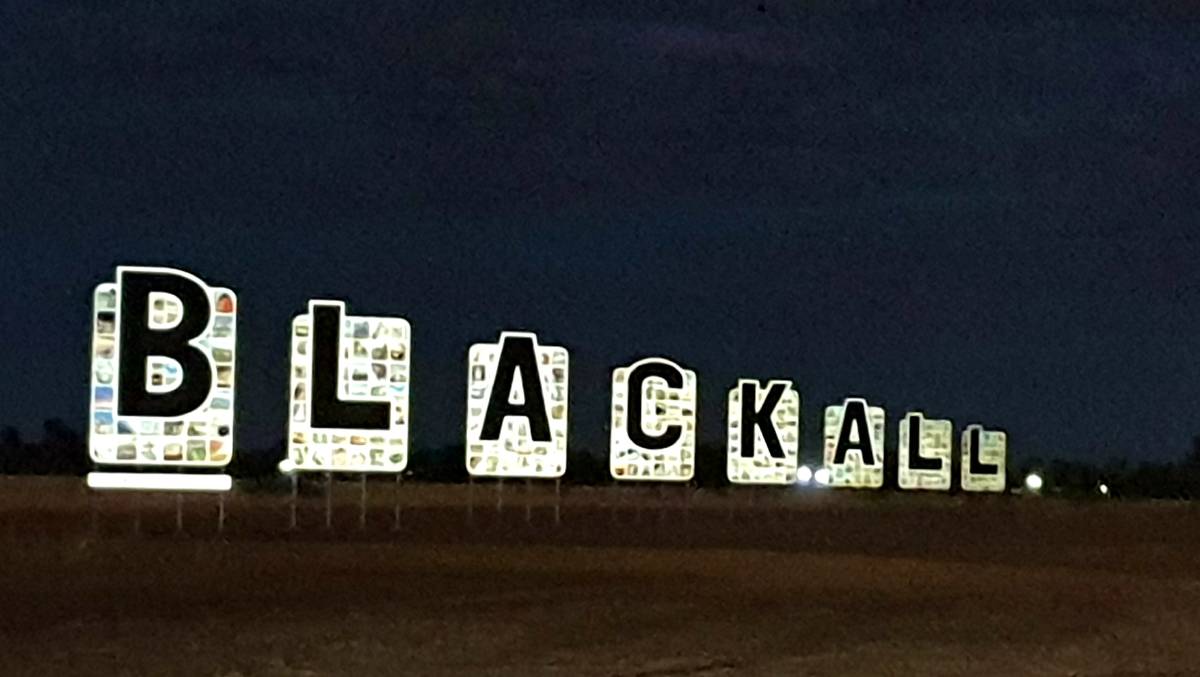 A reflective surface means it stands out just as well at night.

According to Sarah Pearson, one of the duo that brought the concept to life, it helps epitomise to visitors who the people of Blackall are and what they do.

"We're really pleased the community has embraced it - it was a huge logistical effort," she said.

They involved consulting engineers to mock up a visual of what it would look like driving past at 100kmh, the angle to position each sign on, strength and wind requirements, and enlisting a graphic designer, Andrea Siegert to balance all the elements and help with sizing for printing.

Not only that but she was helping out from Germany.

She got involved as a backpacker in Blackall two years ago when Ms Pearson and her neighbour Lisa Alexander conceived the #betterinblackall instagram project to collect community photos to brighten up the town's shopfronts when drought was having an extreme impact.

"She worked with us on the first project, the pictures down the street, and because she'd worked with us, she knew what our aim was and what we wanted to try and achieve," Ms Alexander said.

"It can be quite hard to explain to someone who's not sitting next to you, who doesn't know where you're from and what you've done previously."

The two women said this time round they wanted something that would help Blackall stand out, that tourists would be attracted to, and that the community could own.

"We wanted something that would stand the test of time," Ms Alexander said. "It's telling the community stories of why they love to live here, what they do, what they're proud of."

Cr Martin said it was definitely a first.

"Never in my travels have I seen anything like this - it's on the commercial flight path so even passengers coming to Blackall by air won't be able to miss it."

The $60,000 People's Sign was funded equally by the Year of Outback Tourism state funding and the Blackall-Tambo Regional Council.

As to whether it will be replicated on the western side of town, Ms Pearson and Ms Alexander say it's a case of "watch this space".