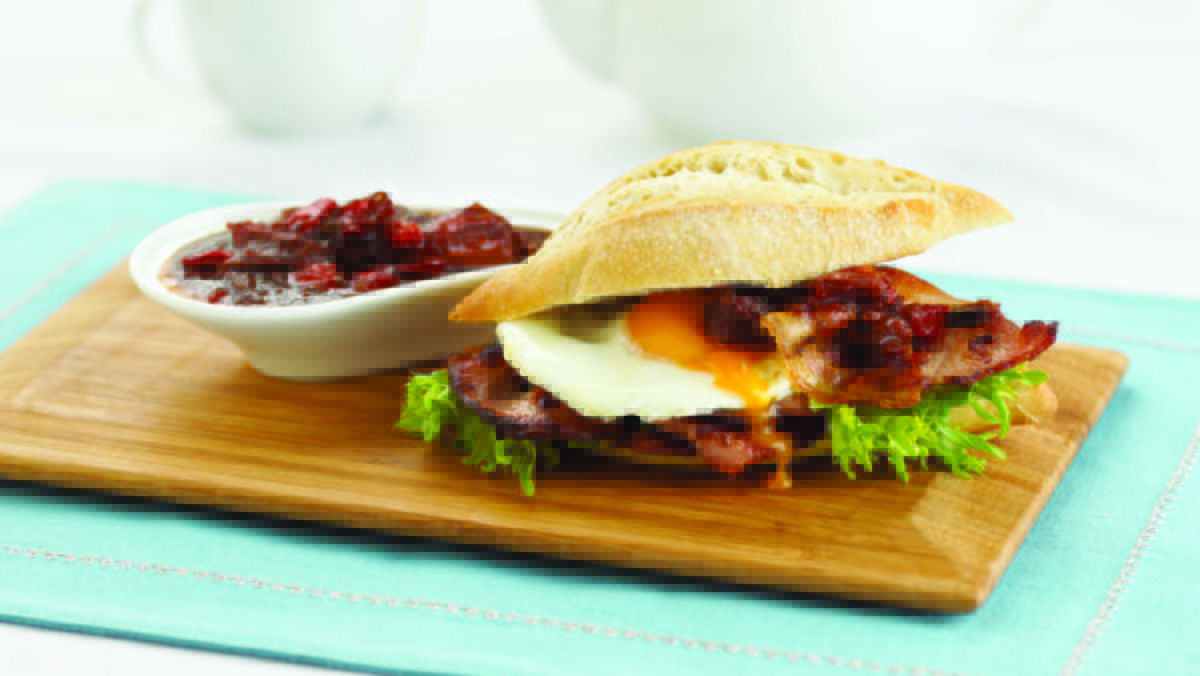 The Aussie classic of a bacon and egg roll still reigns supreme.

Australian Pork asked. And Australia, as a nation, answered. While millennials have attempted to create a cult following for smashed avo and bacon, the Aussie classic of a bacon and egg roll still reigns supreme.

In a nationwide survey, 45 per cent of Australians declared they enjoyed bacon and egg rolls as opposed to bacon and avo, which came in at only 6pc. A bacon jaffle, supposedly made famous by celebrity chef, Colin Fassnidge, received a sad 2pc of the vote.

Just over 3000 Australians responded to the survey conducted by Australian Pork, with the news breaking just in time for International Bacon Day on August 31.

Interestingly, just over three quarters of participants (78pc) were surprised to learn that 80pc of bacon sold in Australia is made from imported pork.

Australian Pork's Mitch Edwards says now more than ever, people want to know where their food comes from and these results reaffirm there is a job to be done.

"Many people are surprised to learn that 80pc of bacon sold in Australia is made using imported pork and we want to raise awareness of this to allow people to make more informed decisions.

"Aussie bacon meets our high safety standards and celebrates fresh, quality, local ingredients. If I can choose food for my family that has been grown fresh here in Australia, versus something that has been shipped halfway around the world, it's an easy decision every time," Mr Edwards said.

Princi's bacon, made from 100pc Australian pork, was the star of the Australian PorkMark Bacon Awards and beat out over 140 entries from across the country.

"Forget accompaniments or fancy recipes. For me, it's simply a few rashers hot from the pan enjoyed on a Sunday morning while I read my paper. You just can't beat that."

The story What's the most Australian way to eat bacon? first appeared on Farm Online.