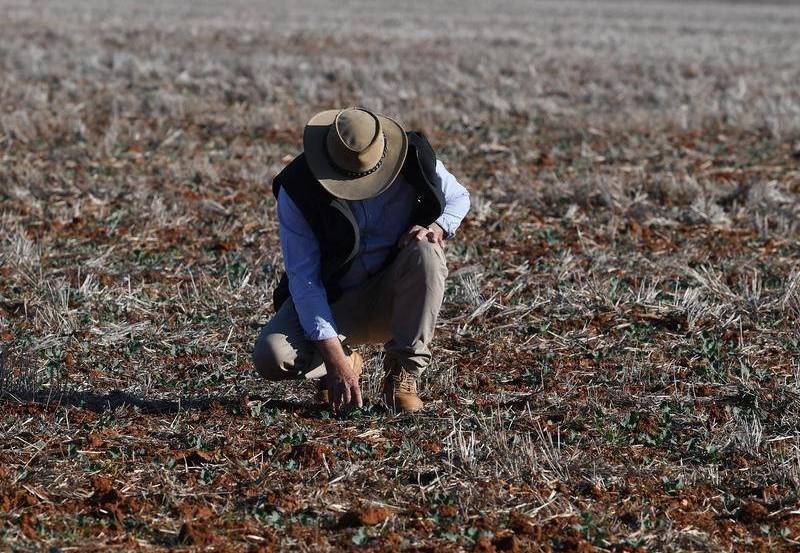 NT Northern Land Councils are calling for urgent action to address a looming water crisis as remote residents struggle through another year of drought.

NT Northern Land Councils are calling for urgent action to address a looming water crisis as remote residents struggle through another year of drought.

At a joint meeting of the Northern Land Council's Borroloola Barkly and Ngukurr regional councils, the impending water security crisis was described as "dire".

Many residents are worried about the "future of their country".

Representatives of the Mungoorbada Aboriginal Corporation, which provides social and employment services to the Robinson River township and surrounding outstations, 800km south-east of Katherine met with the councils this week.

"We have been told that we are in the top five on the critical list for water supply in the Katherine region," Mungoorbada director Freddy Jackson said.

"While we are all working hard to bring social and economic development to our community, all our work may be for nothing if we haven't got any water for community members to drink or to water our community gardens and cattle and horses."

Following a dismal wet season, which saw less than average rainfall across the Top End, communities are feeling the impacts.

In April, the NT Government's water assessment director, Des Yin Foo likened the lack of rain to an "extreme event".

Chairman of the NLC's Borroloola Barkly regional council Richard Dixon said residents of Robinson River and surrounding outstations were worried about the future of their country.

"These are the traditional lands of the Garawa people and we need to live here to look after it," Mr Dixon said.

"We want to develop our country so that our children and our children's children have a strong, stable community and healthy country to live in."

Power and Water is in the midst of reviewing the performance of its current bores at Robinson River, a spokeswoman has said.

"[Power and Water] is exploring further options for water source expansion," she said.

Operating under the Water Act, Power and Water is the Territory's main provider of water.

The spokeswoman says "a number of projects [are] underway to secure the water supplies in these communities."

"Power and Water is currently scoping a drilling investigation program to be delivered [to Numbulwar] by mid-2020.

"A new production bore was equipped in [Ngukurr] in early 2018. This bore has significantly increased the capacity of Power and Water's supply.

"In 2018, Power and Water installed smart meters on customer lots in [Minyeri]. Fortnightly reporting of water leaks to customers has significantly reduced leakage and water loss.

"Smart meters will be installed in the coming months at Robinson River to identify and reduce water loss."

NLC CEO Marion Scrymgour told the joint regional council meeting that water security across the NT was a serious issue.

"Last week the NLC chairman Samuel Bush-Blanasi and I attended a meeting of all NT land councils, attended by senior NT and Federal Government officers, and one of the biggest issues we heard about from land council representatives was water security in remote townships and homelands," she said.

It was also heard that communities along the NT coastline were struggling through the impacts of drought.

NLC chairman Samuel Bush-Blanasi told the meeting he had heard of water supply issues at Milingimbi and Goulburn Island.

"We need urgent action to identify and then address these issues," he said.

"Governments can talk about economic development and local decision-making all they like but if people haven't got water to drink they can't live on their country."