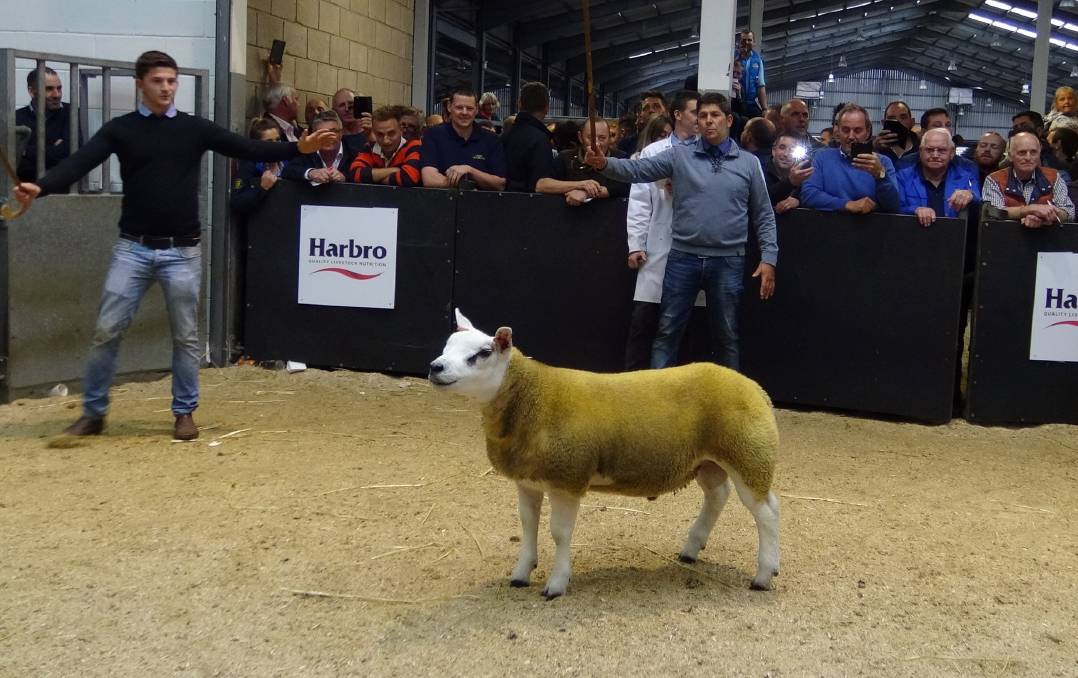 TERRIFIC TEXEL: Midlock Capaldi goes under the hammer for $A380,000 at Lanark in Scotland.

A Texel ram lamb has sold for an astonishing $A380,000 in Scotland.

A Texel ram has sold at auction in Scotland for $A380,000, the second highest price paid for a sheep in Great Britain.

To loud applause Midlock Capaldi, a ram lamb bred by the Wight family of Biggar, South Lanarkashire, was knocked down for 200,000 guineas at this week's Scottish National Texel Sale at Lanark.

(Lewis Capaldi is a Scottish singer-songwriter best known for his song, "Someone You Loved").

A statement on the British Texel Sheep Society's website said Midlock Capaldi had been the talk of the yard as soon as he set foot in the market.

Sired by Knock Bantastic, he is an ET-bred lamb flushed from a 2018-born Mullan Amigo daughter and goes back to a Garngour dam purchased in 2016.

Unshown in the pre-sale show, the well bodied lamb took bidding to an extreme level around the Lanark ring with the winning bid coming from a partnership of Charlie Boden, buying for the Sportsmans and Mellor Vale flocks, and Hugh and Alan Blackwood buying for their Auldhouseburn flock.

Breeder Alan Wight told the British Texel Society the lamb had been a standout from two weeks old with exceptional flesh and character.

"You always knew he was one to watch and he had that extra something the best ones always have," he said.

Joint purchaser Alan Blackwood said there was no doubt he was the top ram at the sale.

"He's exceptionally correct, has style and character coupled with a great carcase. We're delighted to have got him and knew from the minute we saw him he was the one to add the next level to the flock."

Selling for the day's second best price was the pre-sale champion, Garngour Craftsman, from the Clark family, Helen and sons Alan, Andrew and David, led the charge in the show ring and took one of the best prices of the day when selling for 65,000 guineas ($A123,686), the second best price achieved by the flock.

The sale attracted leading Texel breeders from across Europe and further afield including Brazil.

Recent years have seen a number of exports around Europe as interest in the British type of Texel has grown significantly.

The breed originated on the island of Texel in the Netherlands. The first Texel lambs were born in Sustralia in 1993.

The story A bonnie Texel ram sells for $380,000 in Scotland first appeared on Farm Online.