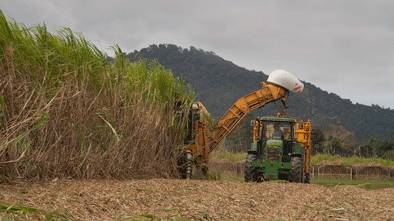 The Palaszczuk government's controversial Great Barrier Reef regulations appear to have been delayed.

A SUSTAINED campaign by farm and industry groups appears to have at least delayed the Palaszczuk government's controversial Great Barrier Reef regulations.

Although the laws were expected to be rammed through parliament this week, the bill was shuffled down to 10th spot on the notice paper, meaning it is unlikely there will be time to process the bill by Thursday.

Sources say it is unlikely the Palaszczuk government will move to pass the legislation when it takes Cabinet to Townsville next session, fearing a backlash in the regions.

That makes the September 17-19 sittings back in Brisbane the first likely opportunity the government will have to process the new laws first introduced to parliament in February.

The introduction of controversial new regulations is set to have a major impact on the way agriculture industries operate in the 350,000 square kilometres of Great Barrier Reef catchments.

For example, graziers will be forced to reduce stocking rates and keep records about the use of fertiliser, chemical and soil conditioner. An environmental authority will also need to be obtained to farm land that does not have a history of cultivation in at least three of past 10 years.

Despite an exponential increase in the participation of BMP and other voluntary practice improvement programs, government was only working on water quality data up to 2015, he said.

"The 2017 and 2018 report cards are expected to be released soon, but due to the data lag and the design of some voluntary programs they will not provide a current picture either," Mr Tobin said.

"There has been significant under-investment in voluntary programs to realise the ambitious targets set and a proper analysis on the cost and effectiveness of existing reef regulations has not been undertaken.

"If the laws are passed there will be a degree of disillusionment and disengagement across agriculture."

Canegrowers said there has been no direct recognition of the key concerns of growers: the broad power of the public service to change minimum standards in any way, at any time and to demand data from industry advisers and the farming supply chain.

LNP opposition spokesman for agriculture, Tony Perrett, said a loss of production, would lead to a loss of jobs.

"If there is less cane harvested there is less to crush and this flows through the entire community. That's jobs losses all the way along the coast from Cairns to Bundaberg."