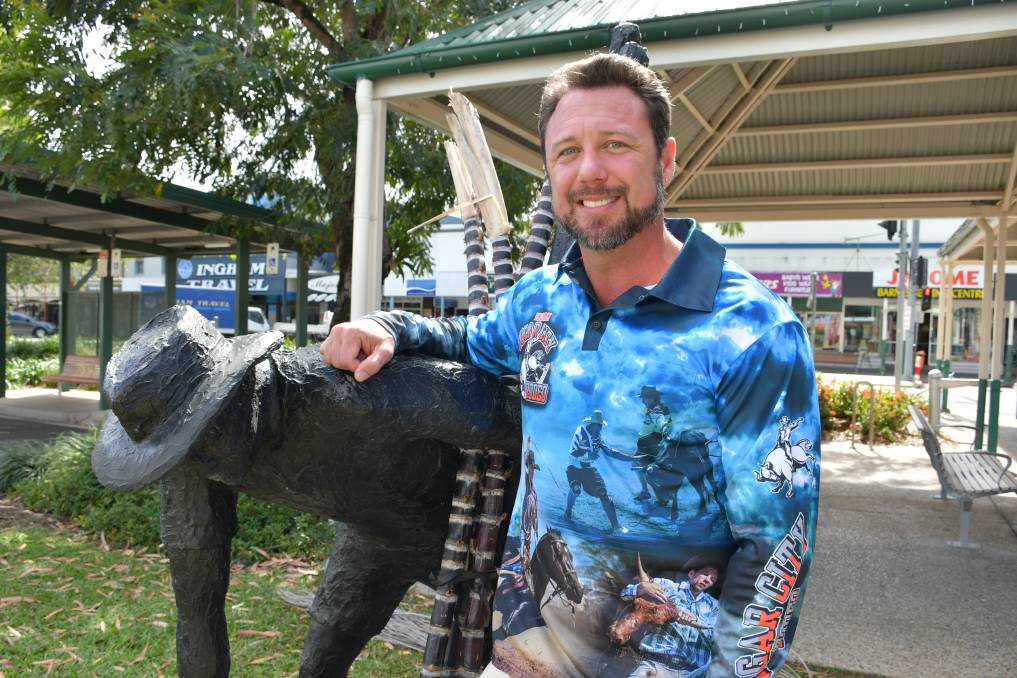 Hinchinbrook MP Nick Dametto is gearing up for his first rodeo.

Hinchinbrook MP Nick Dametto will do battle with an angry bull in the name of charity at the Sugar City Rodeo next month.

HINCHINBROOK MP Nick Dametto will do battle with an angry bull in the name of charity at the Sugar City Rodeo next month.

Mr Dametto will ditch his suit for the chaps after putting the call out to the community, who have donated more than $1000 to see him risk life and limb.

The novice bull rider praised the generosity of the community who helped him reach his $1000 for local Ingham charity Audrey's Angels of Hope, though he did query the motives of some constituents.

"The generousity of this wonderful community never ceases to amaze me. Or maybe it's the case that some people would like to see me gored," Mr Dametto said.

"The pros can hold on for up to eight seconds. I'll be lucky if I last two and don't get stomped on.

"I'm actually pretty concerned for my welfare but it's all for a good cause that helps some of our community's cancer patients."

Audrey's Angels is a charity that has helped countless cancer sufferers and their families in North Queensland by providing crucial financial, emotional and social support.

"Their compassion for those affected by this disease is inspirational and an example to us all. A bull ride is nothing compared to what these families go through," Mr Dametto said.

He said he was a little nervous about the bull ride, but looked forward to putting on a good show.

"The people have paid to see their local pollie get on a bull. It's time for me to deliver.

"To see so many people come out of the woodwork and donate what they could to Audrey's Angels was truly awe-inspiring. It took us only 11 days to hit $1000 and then we went even higher. It's a fantastic outcome for all involved."

"This was Monique's idea to do a charity bull ride and I'm glad we were able to make it a success," he said.

"Nick will be our first pollie on a bull but we're very excited to see how he goes," Ms Devitt said.

"Fingers crossed he makes it out safely and if all goes well he could turn it into a weekend hobby."

The Ingham Sugar City Rodeo will be held on September 6 and 7 at Ingham Showgrounds.