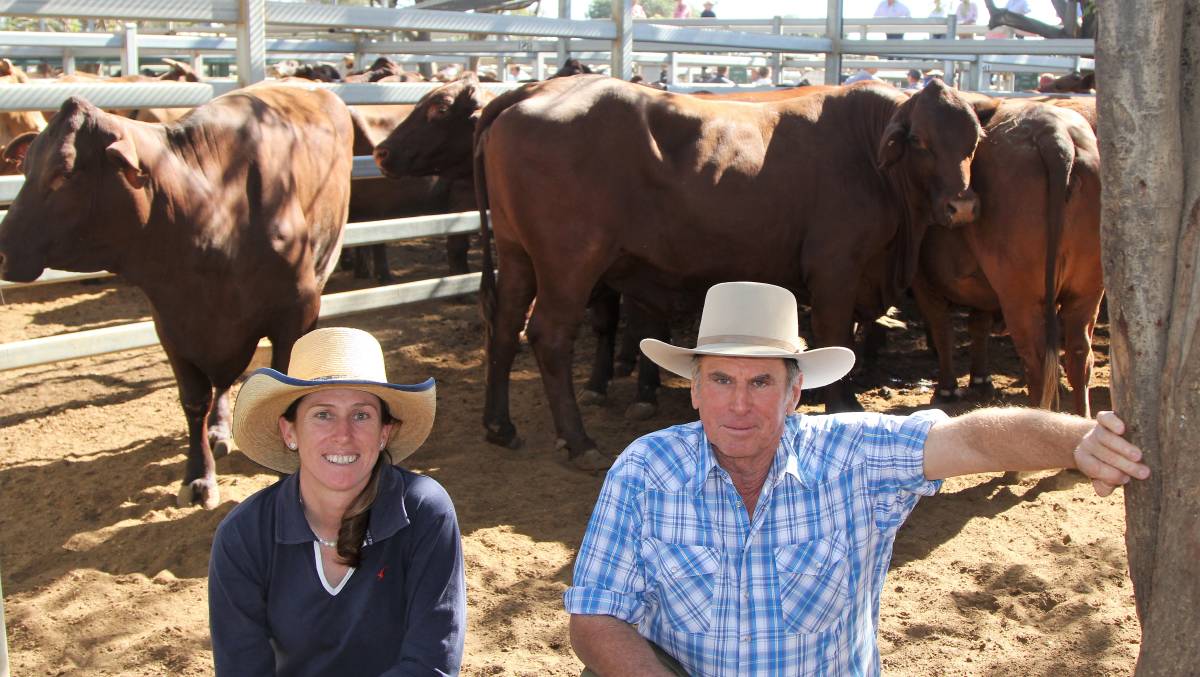 Ann and Bob Murphy, Everton, Aramac, were on hand for the sale of their Santa Gertrudis cows at the Blackall sale.

Bob Murphy's faith in the Santa Gertrudis breed and their selling power at the Blackall saleyards was repaid handsomely at Thursday's Blackall sale.

Bob Murphy's faith in the Santa Gertrudis breed and their selling power at the Blackall saleyards was repaid handsomely at Thursday's Blackall sale.

Thanks to demand from southern processors, a lower Australian dollar and a healthy export market for beef to China, Mr Murphy, Everton, Aramac, and other producers sold on a rising market at Blackall.

Mr Murphy and his daughter Ann were among a big crowd enjoying the buzz of good prices at the fortnightly Blackall sale, watching their 36 head of 10-year-old Santa Gertrudis cows snapped up.

He described his season as "alright", saying his sandy country had responded well to the rain, but said they would be looking for more by the end of the year.

He recently purchased four decks of Santa Gertrudis cows and calves from Tranby at Winton through AuctionsPlus, paying $1820/hd, saying he was chasing the Walker family's Santa Gertrudis genetics.

His family purchased a bull from Owen Walker at a bull sale at Tara, Barcaldine in 1977 and has had Santa Gertrudis cattle for over 60 years. 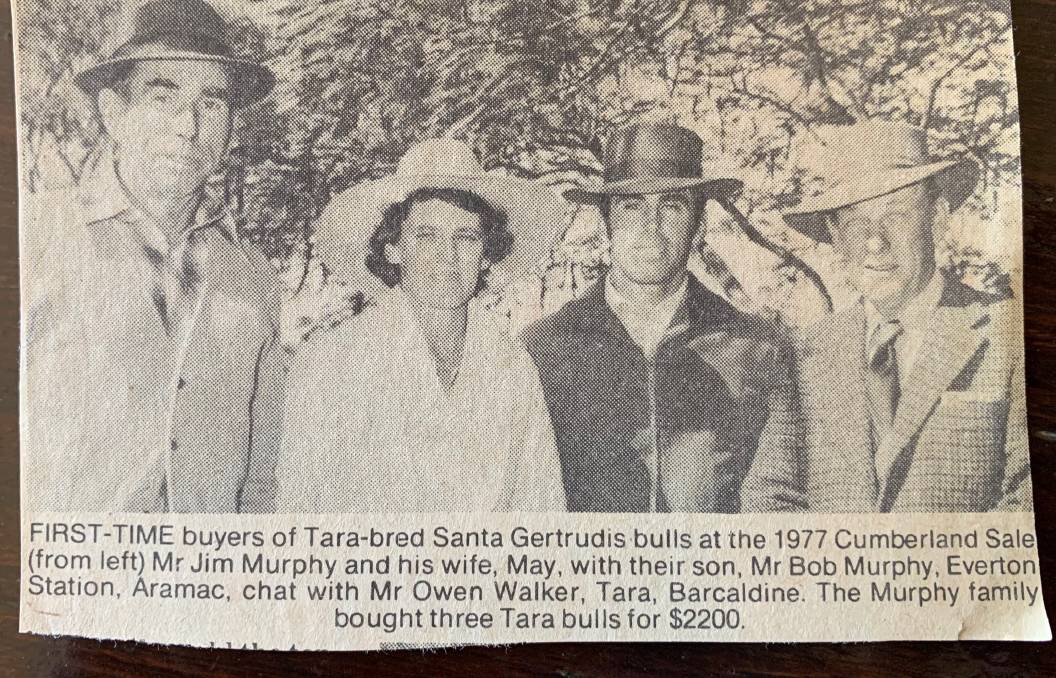 "I chase the dark red colour that's the heart of the breed," he said. "I don't follow the tropical trend - they look too much like Droughtmasters."

His cattle were part of a yarding of 3288 head drawn from Windorah, Jundah, Cloncurry, Winton, Torrens Creek, Jericho and local areas.

There was a good yarding of bullocks and heavy cows and Ray While Livestock Blackall representative Andrew Turner said the fat cattle market was 15c stronger than three weeks ago.

He said the market was benefiting now that the flood of cows was out of the system, along with demand from southern processors.

"There's a healthy export market to China thanks to the effects of African swine fever, plus a lower Australian dollar," he said.