The kilometres run each day by a busy working dog is the subject of a national competition underway this week and two North Queensland dogs are in with a good chance. 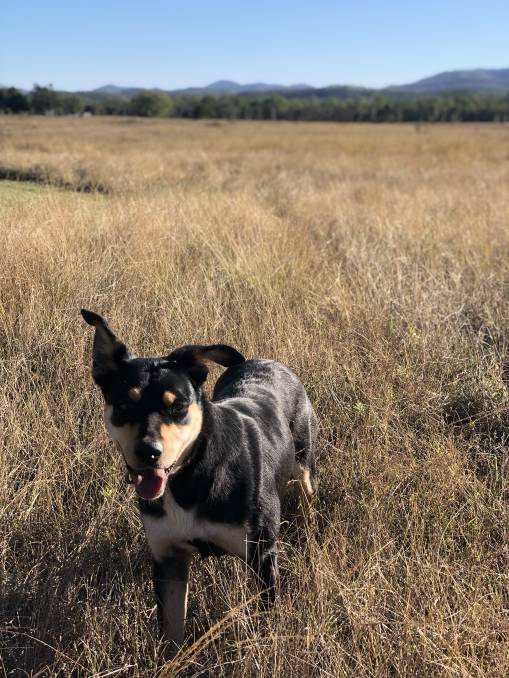 Bonnie, owned by Sam Wright of Nebo,has a ton of natural talent. Working most days of the year with a variety of cattle including breeders, dry cattle and small mobs of feral cattle, Bonnie racks up the kilometres. She's more than ready to prove herself in the Cobber Challenge.

The kilometres run each day by a busy working dog is the subject of a national competition underway this week and two North Queensland dogs are in with a good chance.

They are Socks, owned by Prairie's Heidi Harrold, and Bonnie, owned by Sam Wright from Nebo.

Along with nine other dogs across Australia, they're wearing GPS collars as part of the fourth annual Cobber Challenge that tracks the dogs' movements every day for three weeks.

Their speed, distance and duration results are uploaded to the cobberchallenge.com.au website each evening. Points are earned based on daily activity until September 1 to determine the winner of the Cobber Challenge trophy.

"We're looking forward to seeing the results begin to roll in, as our 11 competitors come in from a day of hard work," Ian Moore, Ridley group marketing manager, which produces Cobber dog food, said.

"Each dog-owner team has different work planned for the first day of the competition - it's all dependent on the season and what jobs need to be done on the farm."

Heidi has been with working dogs since she was a baby.

Out of all the dogs that have joined her team, Socks is the one with whom she has the strongest bond.

He seems capable of reading Heidi's mind and she's sure their wonderful partnership will give them a real shot at the trophy.

Sam manages his family's cattle breeding and backgrounding operation southwest of Mackay and bought Bonnie when she was just a four-month pup. Now she's the top dog in a team of 14.

For Sam, the Cobber Challenge is a way to learn more about Bonnie and how much work she does.

He knows how hard Bonnie works and hopes the competition might give her the recognition she deserves.

"Jed's got a good chance because of the sheer number of stock he's working with," he said.

"But I've also got a soft spot for Turbo, the Kelpie from NSW, because he's had a broken back and showed a strong drive to come back, and Boof's like that too with the injuries he's had."