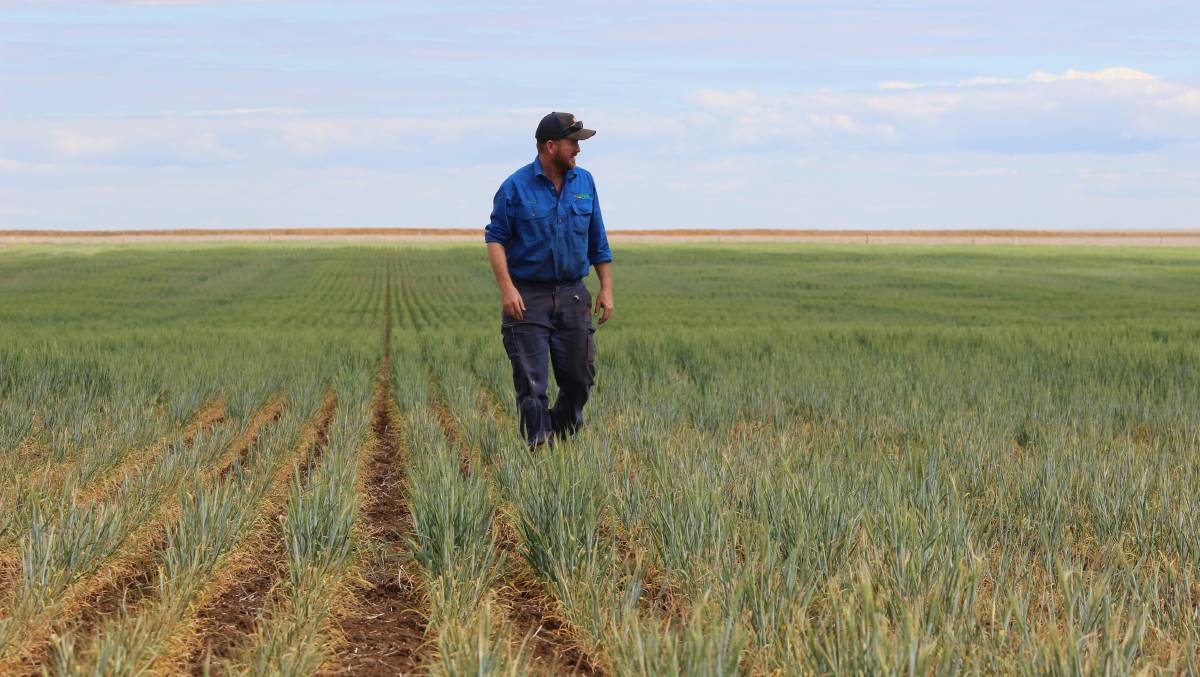 Scott Loughnan in his wheat crop on Avenel, 30km west of Roma.

Drought in Focus: Farmers with failing winter crops face some tough decisions - to utilise crops as feed or save the stubble.

Scott and his wife April planted just 20 per cent of their normal winter cropping area at Avenel, 30km west of Roma, and have received just 6mm of in-crop rain over three falls.

What's left is a wheat crop that might yield 700kg/ha when they harvest it later in the season.

"Because we own our own header we will probably harvest the wheat but if we didn't I might have thought about opening the gate for the cattle," he said.

"It's a hard decision to make because it wouldn't really feed the cattle for that long so what you gain might not be worth it.

"You might just be better spraying it out for stubble cover and saving that benefit for the next crop."

Last year he baled straw after harvesting his wheat crop - a decision that provided some handy cash sales and helped fill the hay shed but that came at a cost to ground cover.

"Last year we windrowed straw behind the header and baled it up," he said.

"We have a bit less ground cover but it's not too bad. It's got a bit further to come back from than the rest of the country."

Mr Loughnan said it was in tough seasons that the value of good farming practices showed. Scott Loughnan has started feeding off oats on his property west of Roma.

"We've had 90mm for the year so I think the crops around here are a pretty good advertisement for zero till farming," he said.

"If we got rain now it might help our later planted wheat but more likely we'd be thinking about moisture for a summer crop."

The Loughnans started planting their wheat with 40kg/ha of MAP in early May after receiving a fall of 12mm in March and 50mm in April.

They also planted a small area of chickpeas and forage oats and have just started feeding the oats off to cull heifers.

"We have only put a light number in there for now," he said.

"But it's handling it really well so we'll probably put in another 40 head. It's got no roots under it and it's not pretty but it's hanging in there."

The Loughnans have also just started supplementing their breeders. They are utilising an old pile of almond meal and recently purchased 50 tonnes of palm kernel meal.

Mr Loughnan is using a large feedlot mixer to combine the palm kernel and almond meal with hay and rolled grain in a paddock ration.

"We're feeding it out in temporary feedlot troughs," he said.

"We're really happy with the palm kernel meal. It's high in protein. We paid about $400/t delivered." 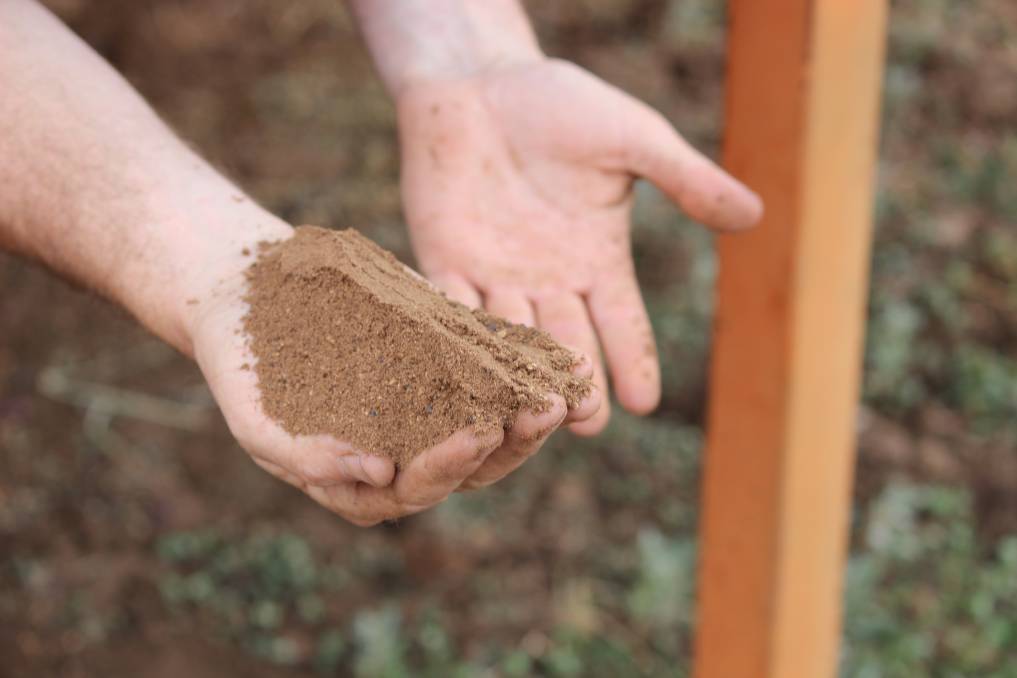 The Loughnans paid about $400/t for the palm kernel meal.

Like all grain farmers in the drought zone, Mr Loughnan said his game plan was trying to keep an eye on the future without blowing out spending.

"We're doing some roo fencing and have bought the materials for a new shed," he said.

"Over summer we did a lot of contour banks and filled in erosion but even though we have our own earthmoving gear you can still spend $1500 a day on diesel so you have to be careful.

"We're just in a holding pattern until it rains."

The story 'We're in a holding pattern until it rains' first appeared on Farm Online.