Australia's sheepmeat exports dipped in July as a result of reduced production and soaring sheep and lamb prices. 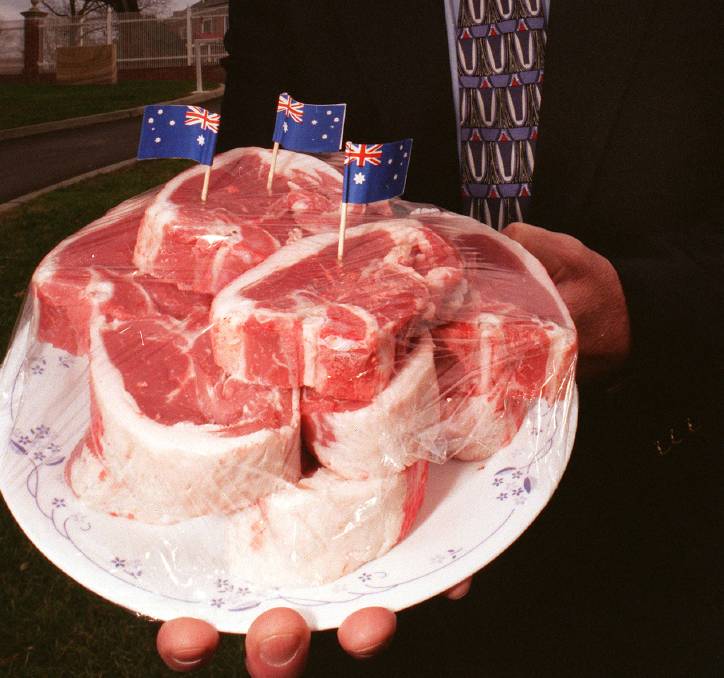 SCARCE CHOPS: Australia sheepmeat exports declined in July on the back of reduced supply and soaring saleyard prices.

Australia's sheepmeat exports dipped by 18 per cent in July to 25,537 tonnes with around a third shipped to protein-hungry China.

Total lamb exports in July reached 18,238 tonnes, a drop of 11pc compared with June and 16pc below July last year, according to latest trade statistics compiled by Meat & Livestock Australia.

Mutton exports took a heftier cut with shipments of 7299 tonnes, a fall of 33pc month-on-month and 29pc year-on-year.

The falls reflected a drought-induced drop in production and soaring sheep and lamb prices.

China imported 8089 tonnes of sheepmeat in July, double shipments to the United States, including 5332 tonnes of lamb and 2757 tonnes of mutton, a fall month-on-month of 11pc and 39pc respectively.

Lamb exports to the US month-on-month slid by 20pc to 3106 tonnes while mutton exports declined by 32pc to 902 tonnes.

China is far and away our biggest volume market for sheepmeat with total shipments of 73,277 tonnes in the first seven months of 2019, a rise of 34pc. 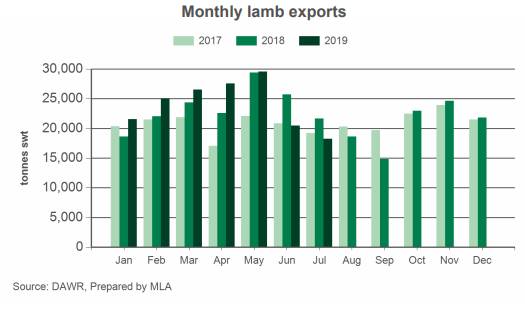 China's increased imports are partly being driven by an outbreak of African swine fever which has decimated its pig herd.

The story Sheepmeat exports take a dip in July as drought and high prices bite first appeared on Farm Online.