Cloncurry rocks at the 15th Rockhana gem and minerals festival. 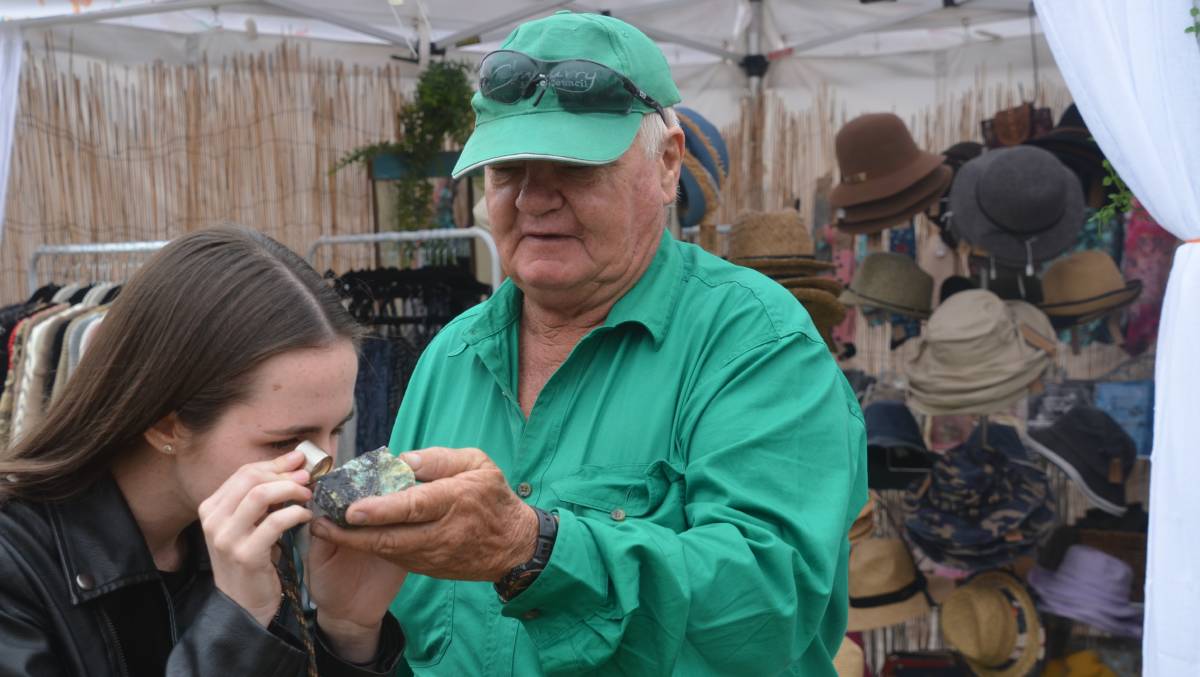 Cloncurry has long had a top reputation for gems and fossicking.

But for many years there was something missing, as the fossickers themselves pointed out.

"Cloncurry needs a gem and mineral festival," the fossickers said.

And so in 1995 the first local committee put the first Rockhana together.

Fast forward to 2019 the exhibition is going from strength to strength with over 20 exhibitors and market stalls packing out Mary Kathleen Park, for the 15th Rockhana.

Former miner and Cloncurry and District Historical and Museum Society president John Walton said Friday, the first day of the festival, was the most successful yet for sellers.

"Anyone who sold rocks, gems or minerals set a record on that day moneywise for the 15 years of the festival," Mr Walton.

He put that success down to recent changes around Mary Kathleen Park that has attracted more grey nomads.

"The council supplied a dump point and free potable water for travellers out the front," he said.

"They can see what's going on here and there is plenty of room so they seem to come through."

Mr Walton said there was a great quality of local rocks on display for people wanting to take away a bit of local geology and sellers came from far and wide.

"Cloncurry was founded on rocks and minerals and we celebrate that," he said.

"It's one of the few events in Cloncurry not about animals."

Mineral seller Haile Williams from Mackay said this was only her second year at Rockhana and she would definitely return again next year.

"It's great to see the copper in its natural environment and the people who know about it."