Last month's National Dairy Farmer Survey held a spotlight over farmers' views of their own industry. And the image was dark. 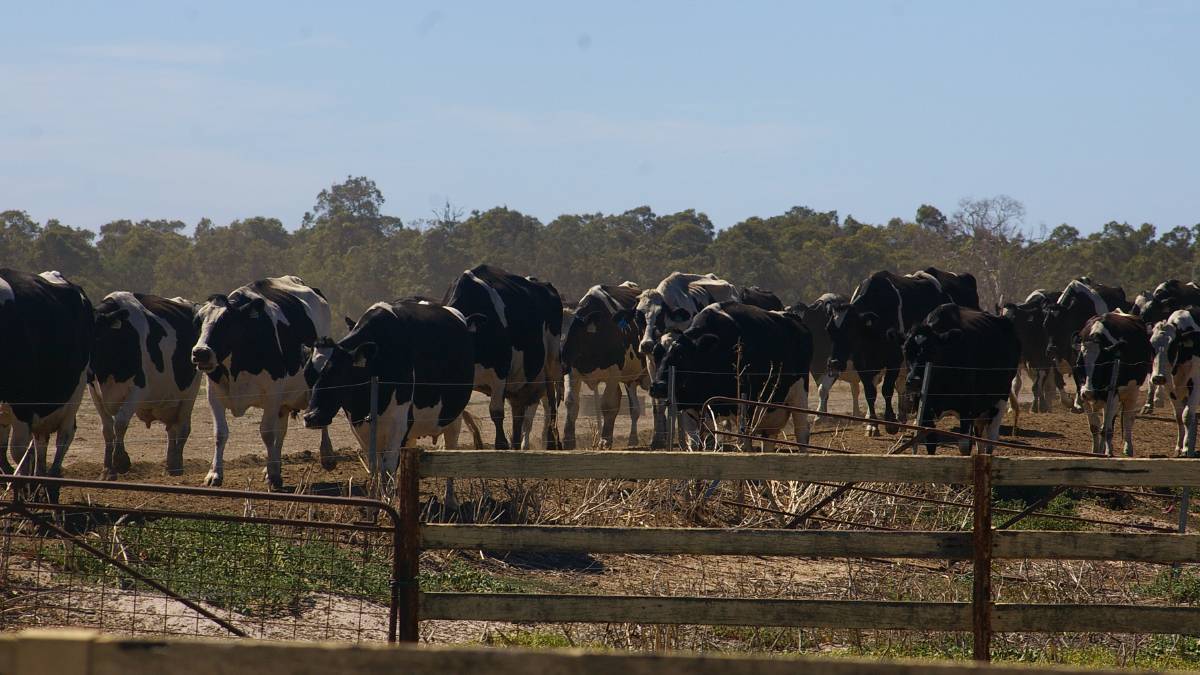 DRY TIMES: With the Bureau of Meteorology forecasting continued dry conditions, dairy farmers are unlikely to see any respite from high feed prices.

Last month's National Dairy Farmer Survey held a spotlight over farmers' views of their own industry. And the image was dark.

Only 34 per cent of dairy farmers felt confident about the future of our industry, while just 43pc expect to turn a profit this year.

Yes, farmers can expect an above-average price for their milk this season, courtesy of the increased competition among processors to fill their stainless steel. But the rising cost of feed and water due to the ongoing drought continues to outstrip any earnings.

Hay is now fetching up to $478 a tonne in regions such as north-west Tasmania, while farmers on the Darling Downs in Queensland can expect to pay as much as $563 a tonne for grain.

The cost of irrigation water is also skyrocketing. The 12-month average price of water in Northern Victoria was $353 per megalite to April 2019, a 255pc jump on last year. In the Murray Irrigation System, water prices jumped 260pc to $337/ML. Spot water prices have soared above $600/ML.

This is simply outrageous. But while nearly two thirds of farmers remain concerned about the cost and availability of feed and water, there is no indication that prices will come back down.

In fact, all signs point to a brutal few months and we should all do our best to prepare. The Bureau of Meteorology is forecasting dry weather will persist at least until the end of September with just a 30pc chance of average rainfall over the next three months.

The BOM has predicted above average temperatures, putting the chance of exceeding average maximum heat levels at 80pc.

Rabobank has lowered its forecast for wheat production by more than 11pc, to 21.2 million tonnes, down from its March estimate of 23.9 million tonnes and 14pc below the 10-year average.

All of this translates to scarce feed over the next few months, and the possibility that fodder prices could go further north.

This difficult situation will no doubt further erode farm profit margins at a time when farmers are most feeling the pinch.

GRAIN SOARING: Dairy farmers have faced high prices for grain in the past season with concerning signs that this may continue.

Farmers are making every effort to address cost pressures on their businesses, ensuring they make the most efficient use of their production systems, but there is a limit to what is achievable, and this is only a short-term solution.

The federal government and individual state governments are offering assistance for rural communities, especially those suffering through drought.

At the federal level, this includes the farm household allowance, rural financial counselling service to help develop an action plan for managing finances, and the drought communities program.

I would encourage anyone feeling the pressures of the volatile climatic conditions to consider your options for government assistance.

But despite the poor outlook - looking at the broader picture - there is still some good news for our industry.

Domestic dairy consumption in Australia is strong, with per capita consumption among the highest in the world. Supermarket sales of major dairy products are generating value growth.

Global commodity markets remain well-balanced, supported by a 3.2pc increase in global demand in the past year and growth in key markets such as China and South-East Asia.

The dairy industry is also developing an industry-wide Australian Dairy Plan to define priorities for the next five years. My hope is that the Dairy Plan, in seeking to maintain an industry that is confident, united, and profitable, will address the unprecedented volatile conditions, including farm input costs, afflicting our industry.

I understand that, for many, it is difficult to think beyond the present when your businesses are suffering from factors outside your control.

But we must also think about what we want our industry to look like in the future. It is a difficult task, but we must try to navigate the divide between the reality of today and the optimism of the future.