Australia has endured its first cold snap this year, with a persistent high pressure system leading to some freezing overnight temperatures. 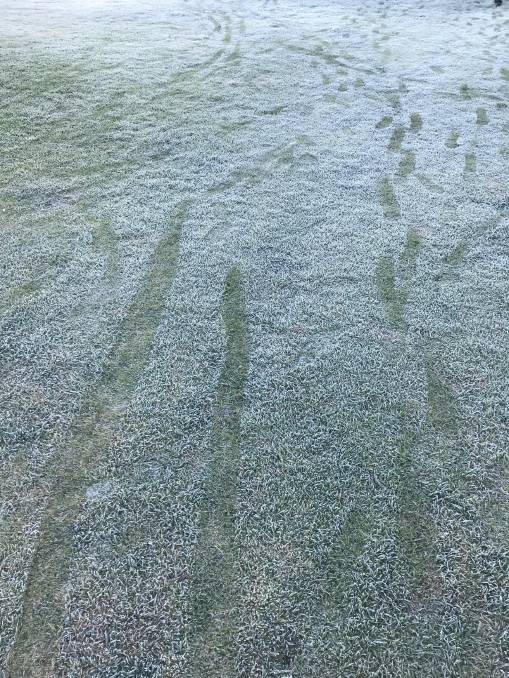 There were some chilly starts to the morning last week.

PEOPLE across eastern and central Australia are finally defrosting after the first serious cold snap of the year.

A near stationary high pressure system over the Tasman Sea has been responsible for a run of freezing nights across inland eastern and central Australia over the past week.

Glen Innes on the New England tablelands in NSW saw the temperature plummet to -8.6 degrees last Thursday, while in Coonawarra, South Australia on the same day the mercury dropped to a 37-year low at -3.8.

The cold conditions hung around before eventually relenting slightly in the middle of this week.

The duration of the cold spell was notable, hanging around for around a week in many centres.

Kanagulk, in Victoria's southern Wimmera, registered seven consecutive nights with temperatures below 2 degrees, the most since the Bureau of Meteorology (BOM) weather station opened there 15 years ago, while nearby Edenhope had six nights below zero, the most since it opened 14 years ago.

Matt Michael, forecaster with the BOM, said the high pressure system meant there was little cloud cover and light winds, both conducive to heavy frosts overnight.

He said the weather pattern was not unusual over the winter period, even though it was notable for its lengthy duration.

"We quite often get a high pressure system wedged in the Tasman and impacting eastern Australia and that can see a good run of consecutive nights below freezing and that is what we have seen here."

The cold temperatures pushed up into Queensland, with Roma recording a toe-curling -4.8 on June 22.

In Victoria, June 24 was the coldest night, with centres such as Horsham, Ararat and Mortlake recording their coldest June night since the notorious run of frosts 13 years ago in 2006.

Lowland parts of NSW were not spared the cold conditions, with -4.6 recorded at both Narrabri and Dubbo.

Very few parts of the Murray Darling Basin were spared, however on the other side of the Great Dividing Range near the Pacific Coast Mr Michael said some trade wind influences kept temperatures overnight slightly higher.