It's been years since Elrose Naomi roamed paddocks in north west Queensland, but she's left a legacy that goes far beyond most cows.

It's been years since Elrose Naomi roamed paddocks in north west Queensland, but she's left a legacy that goes far beyond most cows.

Cloncurry Brahman breeders Rodger and Lorena Jefferis offered up Elrose Naomi to be part of landmark study Sequencing the Legends, run through the University of Queensland's Queensland Alliance for Agriculture and Food Innovation, after being approached to see if they had a suitable female with a mix of both Australian and international Brahman bloodlines.

So Elrose Naomi became a reference animal for the project, with comparisons with an extra 50 genomes needed to achieve a breakthrough.

A further 100 genomes have already been sequenced and another 100 are in the pipeline.

The research revealed a genome made up of different ancestral sources, with the bones of the Bos indicus subspecies matched with small mosaic of Bos taurus DNA. 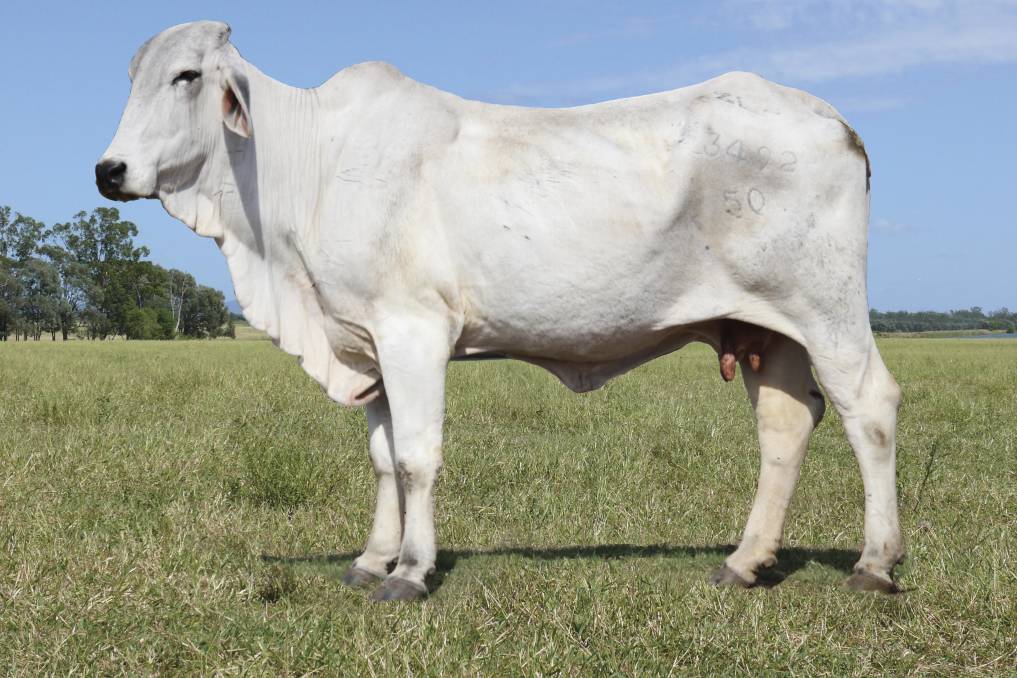 Elrose Naomi has been a reference animal in the Sequencing the Legends project through QAAFI.

But Queensland Alliance for Agriculture and Food Innovation genome specialist Professor Stephen Moore thinks it is possible to rejig the genetic scales.

"We are seeing genome studies produce novel opportunities to rapidly and efficiently bump up the productivity of Brahman herds while retaining their formidable adaptations," he said.

"What we are learning from this genome work is that lots of improvement is possible for tropically adapted cattle.

"Using genomic prediction techniques, we can make that gain with unprecedented efficiency, translating it into a more profitable, yet resilient, northern livestock industry."

Professor Moore believes the genome information uncovered can be used directly to predict which parents are needed to create bulls that can sire a more productive Brahman herd while retaining their hardiness.

Getting the desired genetic gain requires a starting gene pool that contains plenty of diversity, which is luckily plentiful within the Brahman breed.

Brahmans originate in four breeds of Bos indicus bulls and cows that were imported to Texas in the US, starting in 1854. Extensive crossing then mixed together these gene pools to produce American Brahman cattle.

From the 1930s onward American Brahmans were imported to Australia where they were found to cope well in the tropical north. With them came the widened genetic diversity that is the grist for successful breeding programs.

Mr Jefferis said it was great to see the results of the project coming out to help drive the breed forward.

"We're very proud of the fact that Elrose Naomi played such a big role," he said.

Mr Jefferis said he supported any research into the Brahman breed and had been involved in projects including the Brahman BIN and the Northern Genomics Project.

"One thing about the Brahman breed is we never put our head in the sand," he said.

"I'm very proud of the Brahman breeders in Australia... everyone is willing to get involved to find out how we can do better."