Telstra has put out an urgent warning to north west Queenslanders burying stock and reinstating roads to dial before they dig. 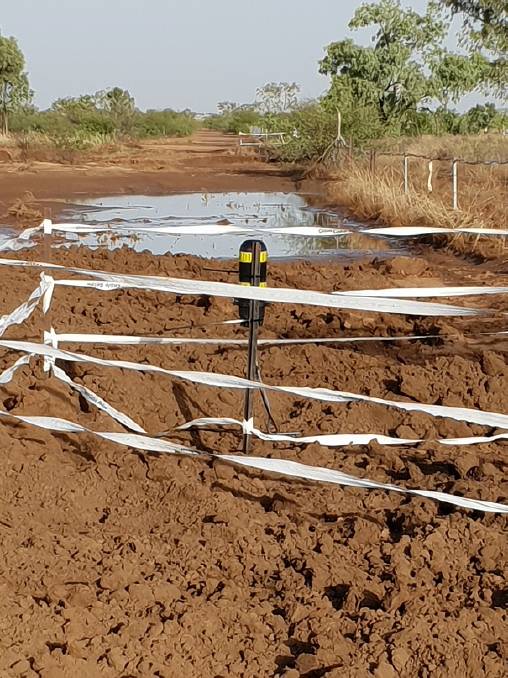 Exposed marker cable above the fibre optic cable on a fenceline at Williams River north of Julia Creek.

Telstra has put out an urgent warning to north west Queenslanders burying stock and reinstating roads to dial before they dig, after expensive communications outages impacted hospitals at Julia Creek, Cloncurry and Hughenden.

The company said there had been a spate of incidents in the last few weeks where the fibre optic cable between Townsville and Mount Isa had been accidentally dug up or cut into.

The first happened on Anzac Day, according to regional general manager Rachel Cliffe, when a grazier was digging a hole to bury the remains of a fence.

In the next incident, a silted up track across a creek crossing was being opened up when the cable was sliced.

Last week, more damage was sustained when a truck containing livestock overturned near Pentland. The hole dug beside the Flinders Highway to bury the animals that didn't survive was when the cable cut took place in that case. 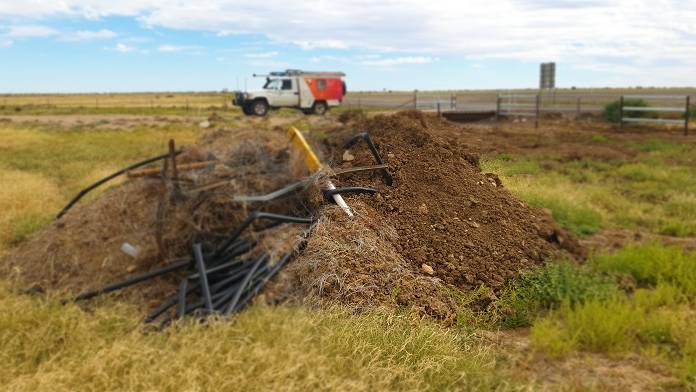 A fibre optic marker post and conduit cable mixed up with a pile of dirt alongside the Flinders Highway.

"We can't remember this many outages happening before, but the clean-up is happening on an epic scale, we understand that," Ms Cliffe said. "The trouble is, it's affecting vital services."

When the fibre optic cable is cut, Ms Cliffe said it meant entire communities could be disconnected, potentially preventing them from working, connecting with family or calling Triple Zero (000), which in some instances could be life threatening.

"The cable is buried in conduit but that doesn't put up much of a fight against heavy duty machinery," she said.

Cutting the cable is also a costly exercise, meaning technicians have to be brought in to work with specialised equipment in a quarantined environment.

Ms Cliffe said in ordinary circumstances those costs would be passed on to the person cutting the cable but they had been waived, given most people were getting back on their feet.

"With some simple planning and extra care, you can avoid costly damage to your valuable equipment, as well as ours," she said. "Dial Before You Dig is the essential first step you must take to ensure any ground-breaking activity such as digging is safe and damage free."

There are several ways people can contact Dial Before You Dig to lodge a request: 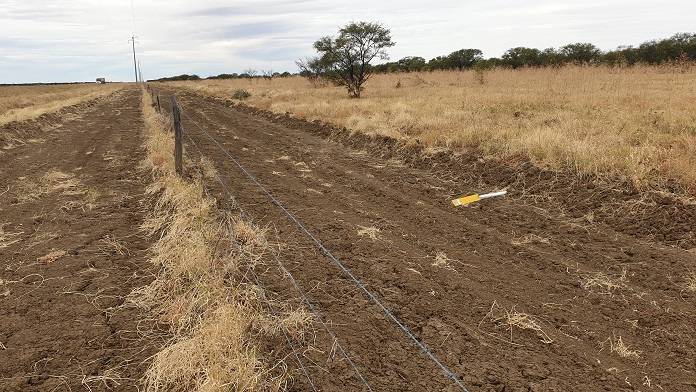 A graded-over marker post lying beside a new fenceline in north west Queensland.