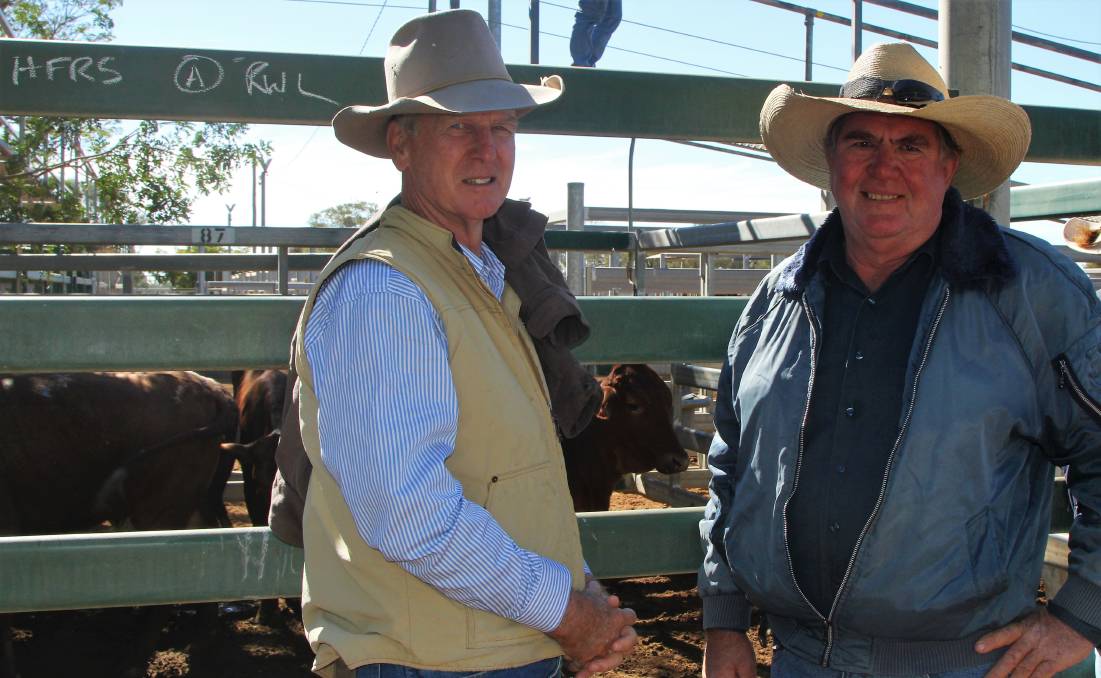 Belyando Livestock and Property agent Ed Wood and Jericho's Michael Wells at the completion of their purchase of young heifers at the Blackall sale. Pictures - Sally Cripps.

Jericho's Michael Wells was one of a number of new buyers active at the monthly weaner sale at Blackall on Thursday, securing five decks of lightweight heifers to make the most of his season.

Jericho's Michael Wells was one of a number of restockers active at the monthly weaner sale at Blackall on Thursday, securing five decks of lightweight heifers to make the most of his season.

With the help of Belyando Livestock and Property's Ed Wood, he took advantage of a drop in price for the description, buying Droughtmaster cross and Hereford heifers from south of Longreach and north of Cloncurry.

"I came here planning to buy heifers," he said. "I was also looking at a few steers but they were over our budget."

According to Ray White Livestock's Paton Fitzsimons, the lead of the lightweight restocker heifers on offer made 240c/kg but many sold in the 160-170c/kg range.

The heifer market was cheaper than the Blackall sale a fortnight earlier, by 15 to 18c/kg, with the best of the 350-400kg feeder heifers making 232c/kg.

On the other hand, Mr Fitzsimons said 350kg store steers were as dear as any market in Australia this week. These Henbury steers sold for 293.3c/kg.

The buffel grass at Wololla, south of Jericho, has responded well to the 160-200mm of rain that finally arrived in March and the spinifex has freshened up as well.

After being virtually destocked last year, Mr Wells plans to restock with an aim of putting bulls with some of his new heifers and turning those that don't get in calf into feeders.

Mr Wood said the young heifers would do well on the feed growing in places on Wololla, where he could see a way through to the end of winter.

"I quietly see a way ahead now," Mr Wells said. "I'll just pick up a few every now and then and see how it goes, and hope for some early rain."

His country at Injune is not in as comfortable a state going into winter, having had one fall of 50mm and another of 36mm.

The 300 or so heifers there were brought back to Jericho a fortnight ago.

There were 4200 head at Blackall's Thursday sale, featuring three big lines, including 1236 head from Henbury in the Northern Territory, plus another Alice Springs line and 600 head from north of Cloncurry.

There was a difference of a dollar between steers and heifers at the sale and Blackall Elders manager Des Cuffe said it could probably be put down to the likes of ACC backgrounding their own heifers.

"Very few are buying feeder heifers at the moment," he said.

"Feedlots are getting enough steers.

"I'd say people should probably do something else with their heifers if they can, or hold off on selling." 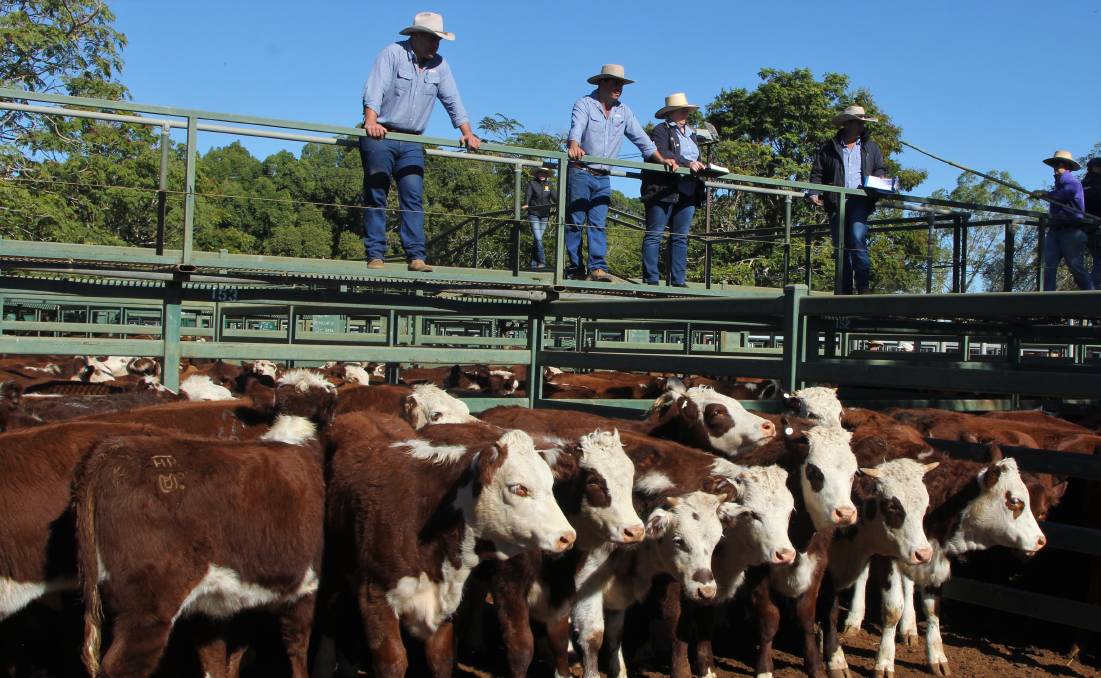