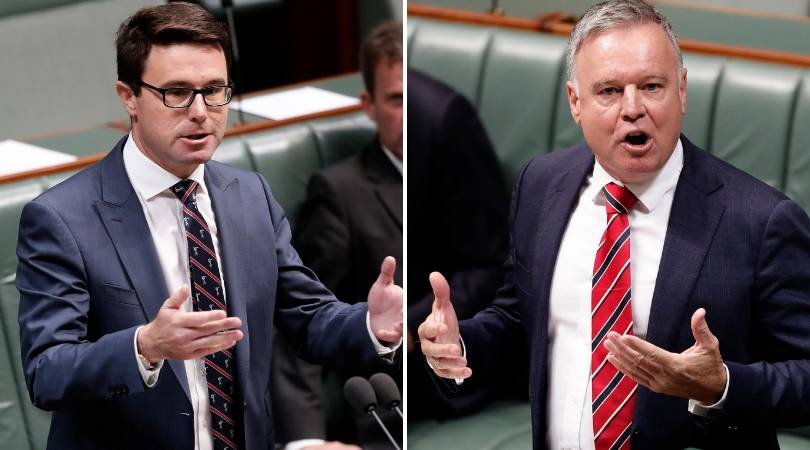 The Coalition and Labor are arguing over dairy market reforms proposals, but producers say media headlines don't cut it.

Show me the detail. That's the call from dairy farmers to the Coalition and Labor parties heading into the federal election.

The major parties are trading barbs over their policy proposals aimed at reforming the dairy market.

But producers point out that the detail released for both their plans leaves open significant questions about how a future government could turn around the ailing industry.

Chairman of the Queensland-based Dairy Farmers Milk Co-op, Andrew Burnett, was critical at the lack of information currently on the table.

"The detail should be out to all grassroots farmers so they can make informed decisions. A couple of phrases in the media doesn't cut it.," said Mr Burnet, who is also a dairy farmer at Gympie, QLD.

"There's less than 6000 dairy farmers in the country, it should be easy to get the details out to them, so farmers can make an informed choice."

Milk producers are battling rising production costs, feed prices sent sky high by drought and skinny margins on their supply contracts to processors - which have in turn been squeezed by $1 milk contracts with supermarket chains.

But while Mt Fitzgibbon and Mr Littleproud have aimed for the same goal, they've got different ways of achieving it.

Mr Littleproud has committed to an industry Code of Conduct to regulate contract arrangements between producers and processors, and this week he promised to invest $560,000 to have Australian Dairy Farmers contract an independent research group to develop and market test a new platform.

The new platform would be similar to Australian Wool Innovation's trade portal.

It is intended to give farmers more market power and enable them to trade their future supply and give them options and milk swaps, which would allow growers to switch processors to get better prices.

Mr Fitzgibbon said Mr Littleproud's plans would take too long to implement, and criticised its use of a consultanc to help develop the trading parameters.

On Labor's side, Mr Fitzgibbon would force the ACCC to design a floor price scheme, which he said would be implemented by an independent authority with prices set regionally and calculated to sit above the production cost of milk in each district.

The Labor scheme would avoid the pitfalls of past experience with the wool price, which was based on a guaranteed purchase of a set amount of production and collapsed dramatically in the 1990s, Mr Fitzgibbon said.

Mr Littleproud dismissed the call for a minimum floor price as a "cruel hoax" that unnecessarily politicised a complex issue.

"Labor's own Senate committee found a floor price would not help farmers, but now Labor wants to pretend a floor price is a pot of gold at the end of a rainbow," Mr Littleproud said.

Harrisville, QLD, dairy farmer Duncan McInnes and former chairman of DFMC, said a Royal Commission would be needed to sort out the complicated predicament farmers find themselves in.

"For processors, or producers, there are very few dollars there for them. I'd suggest most processors are loathe to talk without fear of ramifications from the supermarkets," Mr McInnes said.

"But you cannot put milk on the shelf for $1 without losing money for someone along the supply chain."

"Dairy is a ridiculously difficult industry to understand to start with," Mr Burnett said.

Mr Burnett gave the example of bananas, which can spike over $10 a kilo in chilly Melbourne during winter. But in the tropical production region, they'll retail for around $2 at a Bowen, Far North QLD supermarket.

"Milk flows around the country and across state borders, so we need appropriate retail prices."

Mr Burnett said it was a "crying shame" the importers were able to import one billion litres milk-equivalent in pizza cheese.

"What are the politicians doing about that? Dairy processors could go the way of Australia's car manufacturing. We need a level playing field."