A range of technologies are being embraced to future proof Undoolya Station at Alice Springs.

The extensive operation, with 2000 cows, is geared to produce cattle for a variety of markets, usually dictated by the run of the season.

A range of technologies are being embraced to future proof Undoolya Station at Alice Springs.

Central Australia's seasons are certainly variable, a reality that has resulted in almost an decade of below average rainfall.

"We're in the arid zone. We don't have a wet or a dry season," Mr Hayes said.

"Rain can come any time, and of course whenever it comes, we welcome it because that's where we get our pasture growth."

The average annual rainfall is 286 millimetres (about 11 inches on the old scale) meaning adequate water supplies are critical.

When it comes to water for livestock, it's all about bores.

"Anything we can do to make sure we have a reliable and constant water supply is a good investment," Mr Hayes said.

"The increase in reliability and the reduction in the amount of time spent on maintenance is tremendous."

The Hayes also made the decision to invest in an impressive set of Thompson Longhorn cattle yards, which have significantly increased the efficiency of handling large numbers of cattle.

The new covered yards replaced a decades old set of yards, which are now used as holding pens. 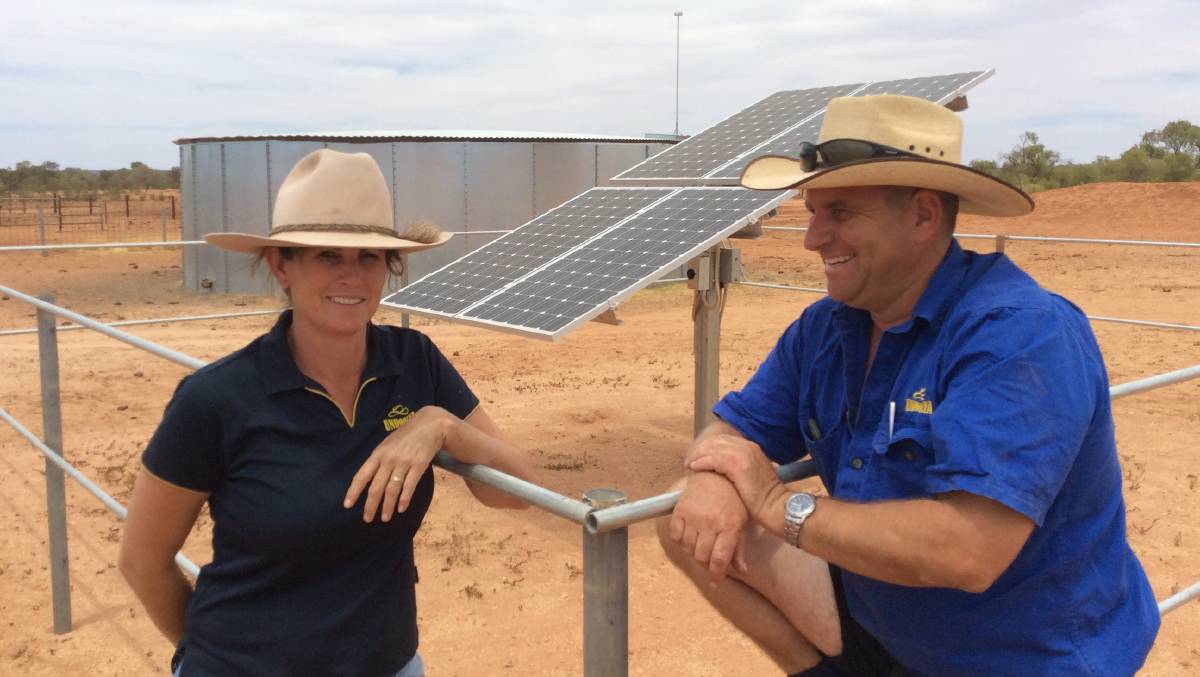 Nicole and Ben Hayes with one of their numerous solar equipped bores.

"There is no comparison between what we have now and the old cattle yards," Mr Hayes said.

"This is the centre of our business, where we work all of our cattle.

"We made the decision to invest in the best possible facility that was available and it has been absolutely been the right decision."

In addition to the air-powered yards being very quiet to operate, the cattle worked extremely well through the curved design, and the concreted processing area is under cover.

The combination loading and unloading ramp is also well used, as all of the cattle on Undoolya are either walked or trucked to the facility from across the property. 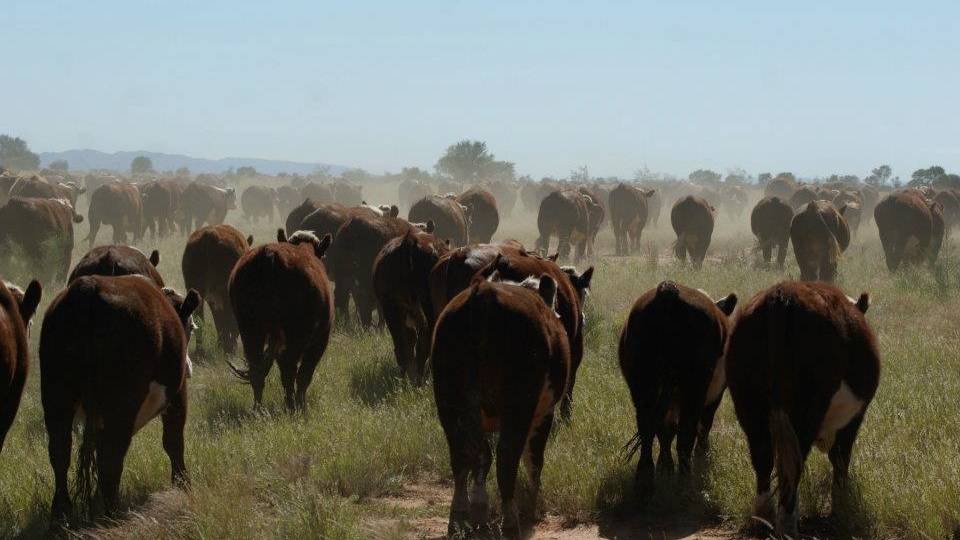 "Our attitude is any stress on cattle or the people working in the yards has been removed," Mr Hayes said.

"These yards have made a really big difference to the way we handle cattle and the time required."

It was established in 1873 to supply beef to the teams of workers constructing the 3200km telegraph line to connect Darwin with Port Augusta in South Australia.

The Hayes family acquired the station in 1906 after they had earlier arrived in Central Australia, transporting steel poles for the communications link. 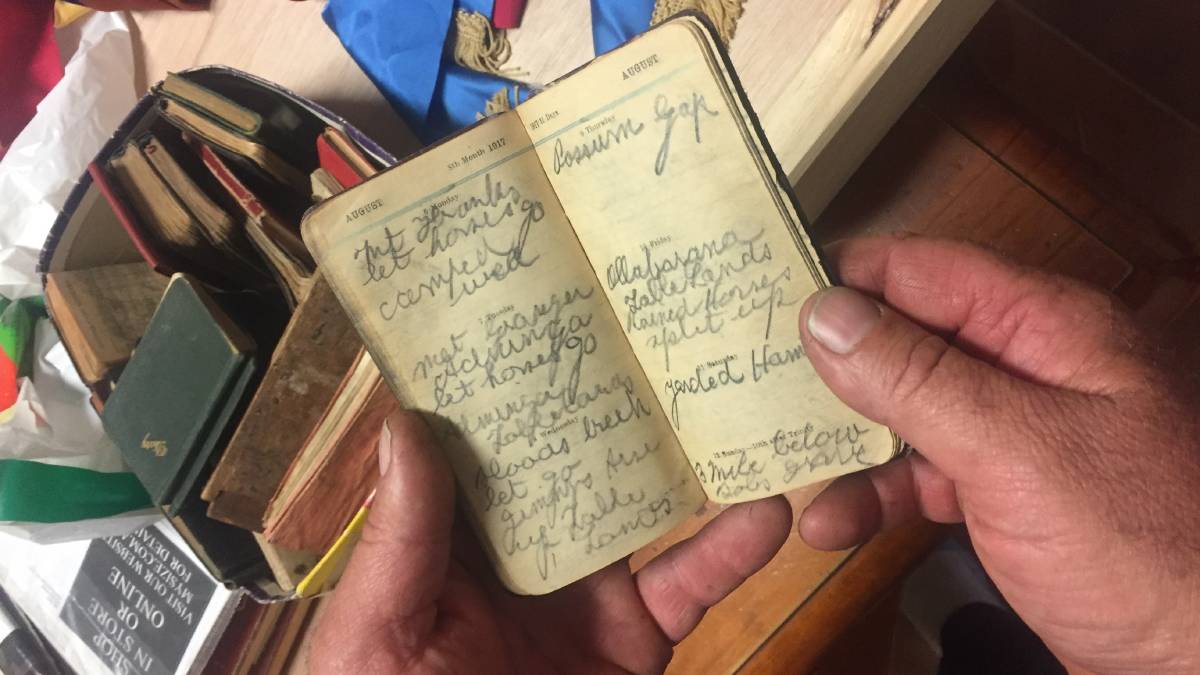 Much of the history of Undoolya is contained in these pocket notebooks.

However, Undoolya is more than a cattle station.

Ben's brother Richie Hayes operates a 60 hectare irrigated grape farm on a freehold area of the station. The farm area has also produced lucerne, onions, cabbages and other vegetables.

"In the 1970s a lot of pastoralists took the opportunity to freehold the area around their station homesteads and sheds," Ben said.

"On Undoolya, the decision was made to freehold the area where the best underground water was, knowing it could possibly be used for a more valuable purpose in the future. It certainly showed a lot of foresight."

The pastoral lease is divided by the spectacular Harts Range, a picturesque rugged ribbon of rock that change in colour from blue/grey to distinctive pink in the changing light.

The distinctive red and white genetics were introduced when Ben's grandfather Ted Hayes was impressed by the quality and the quiet temperament of a Poll Hereford bullock that had joined in with the mainstay Shorthorn herd.

"He must have been really impressed because be travelled all the way to New Zealand to buy a bull and some heifers," Mr Hayes said.

"We're not really sure how he got them back to Undoolya. Maybe they shipped them to Adelaide and sent them up on the train. 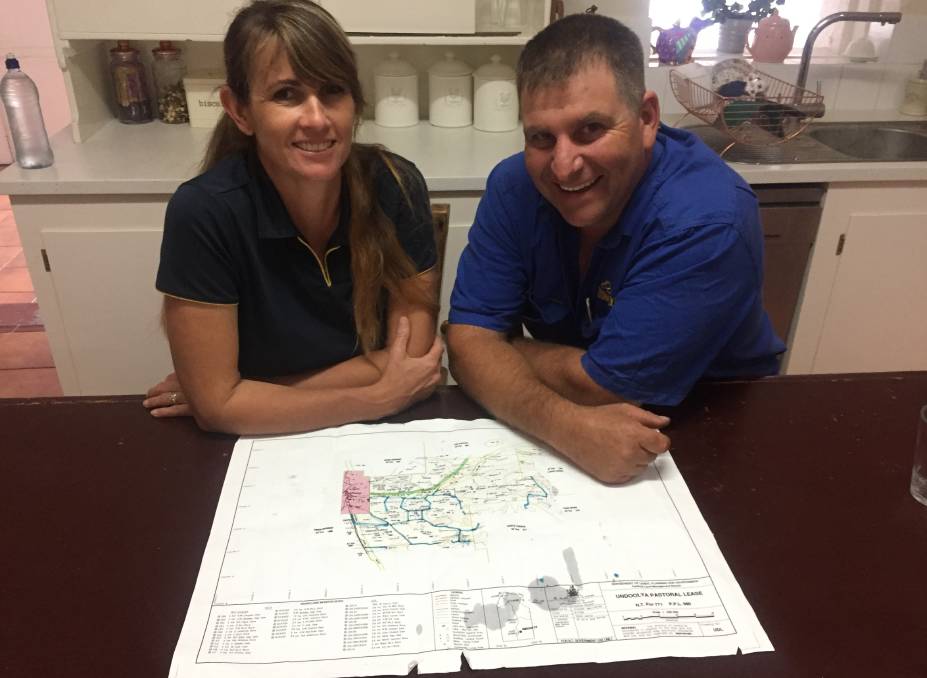 Nicole and Ben Hayes at home on Undoolya.

"What ever happened, he liked them, they performed well, and we've been breeding them ever since."

The majority of the mustering is carried out on quad bikes, tracking cattle, and then walking the cattle from bore to either one of five sets of drafting yards or directly to the main cattle handing facility.

One challenge is that older steers may only water every third day, gorging on water before heading out to graze areas well away from the nearest bore.

"That's okay. We know if we don't catch them this year, we'll get them season," Mr Hayes said.

"My hobby is playing with cattle, It's always great to be out there with them."