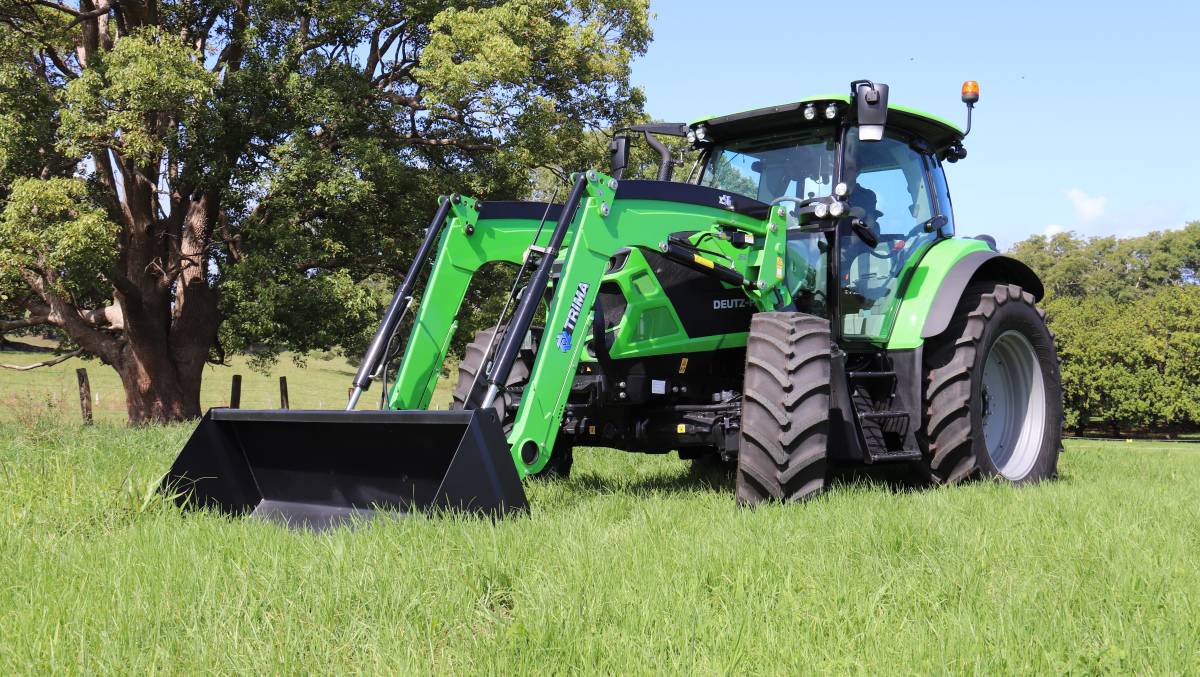 Stable and efficient tractors with a high lifting capacity

Available with Powershift and TTV transmissions, the 94 kilowatt (126 horsepower) Deutz-Fahr 6130 and the 101kW (136hp) Deutz-Fahr 6140 are pitched at cropping and livestock farmers as well as speciality producers and baling contractors.

"With a longer wheelbase and heavier build, these tractors are very stable and highly efficient," he said.

"They are going to make people think again about how work can be more effective and safer, with lower running costs."

Claas Harvest Centre, Colac, dealer principle, Tony McVilly  said Deutz-Fahr had covered all the bases and provided exactly what customers have been asking for.

"There's been a real need for a heavier mid-range four-cylinder tractor and the hydraulics here are a huge gain. You get the oil flow of a bigger tractor but with a four-cylinder," he said.

"And having front axle suspension on the 50 kilometre an hour model is very, very good."

On release, the company said front axle double acting cylinders on the tractors would provide optimal levelling control and boost the effectiveness of the overall suspension, which, they said, ensured a smooth ride and increased traction.

Another feature was the standard SDD rapid steering system, which they said would halve  the number of turns the steering wheel required, increasing the efficiency of manoeuvrability.

"You get a good size, a heavy tractor with great hydraulics and a good number of remotes, and a choice of transmissions. It's a lot better than anything we've had before in this category and I think it's going to be very popular," he said.

"It's the sheer volume of tractor they're getting for the money. This is a real heavy-duty four-cylinder," he said.

"It's going to be a perfect fit for a lot of our applications, particularly front end loader work. It's got all the features you could want and excellent hydraulics.

"The Farm Motion high performance engine is a beauty, very smooth and quiet. And the latest Deutz-Fahr styling and ergonomic comfort will appeal to operators putting in 10-12 hour days."