What we know about Queensland's flood crisis. 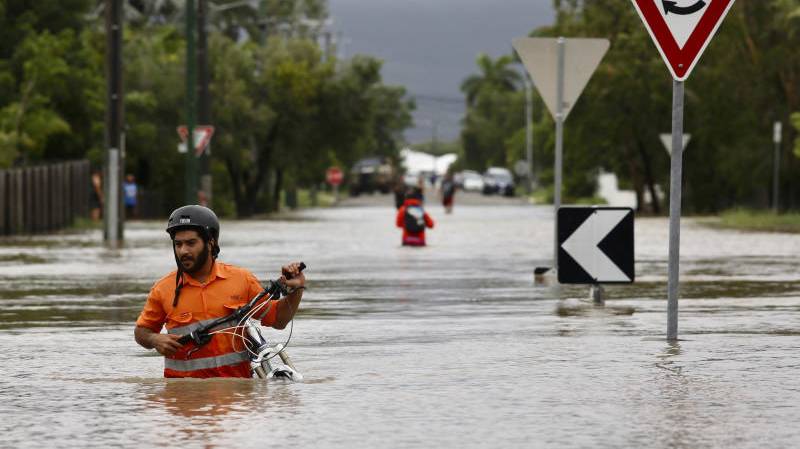 Queensland's flood crisis on Monday. What we know:

* Between 400 and 500 homes inundated in Townsville

* About 1000 people holed up in Townsville's evacuation centres

* More than 1,000 calls for help to the SES and Queensland Fire and Emergency Services in the past 24 hours, most in Townsville

* Almost 2000 cubic metres per second is being released from the swollen Ross River Dam, sending water downstream into Townsville suburbs

* The monsoon trough could become a cyclone if it moves offshore