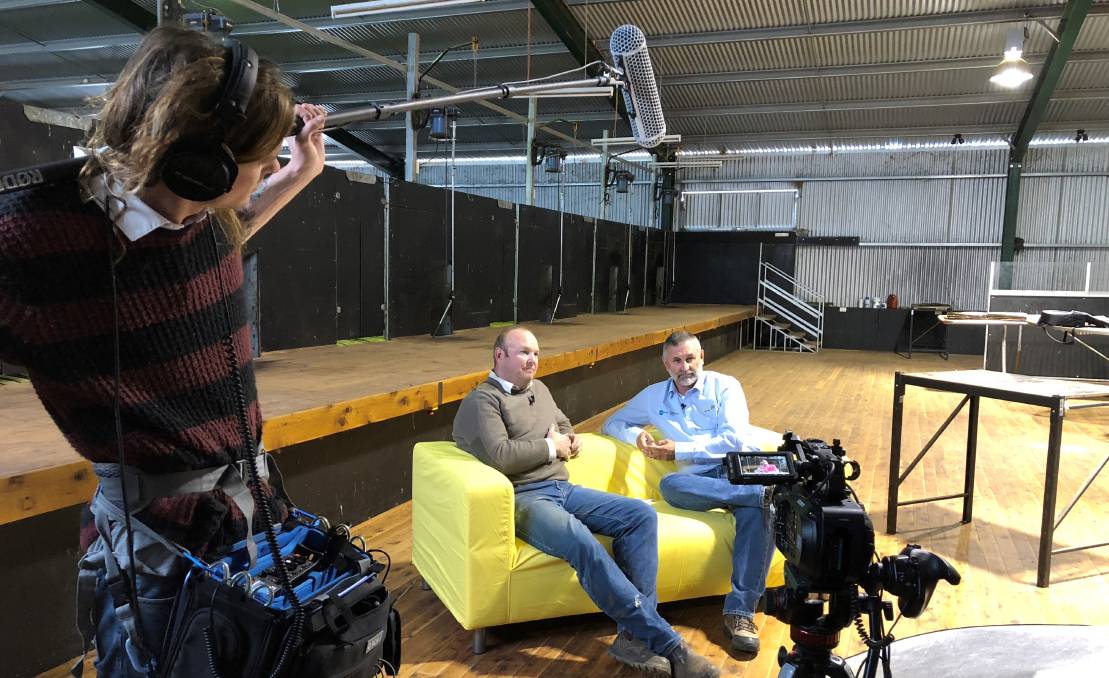 HOT SET: Journalist Peter Lewis interviews Forbes based wool producer Dan Mattiske about the biggest challenges he faces in regards to animal health for an upcoming episode of The Coopers Couch, while sound engineer Sam Strachan captures the audio.

With hot, dry, tough conditions ravaging much of the East Coast, animal health is becoming increasingly important issue for producers trying to turn a profit.

Every year the industry loses tens of millions of dollars due to stock loss and reduced revenue eventuating from illness.

That’s why ACM Agricultural Media has partnered with Coopers Animal Health to help shine a light on this important issue.

Over the next few months, renowned Australian journalist Peter Lewis will be taking “The Coopers Couch” across the nation to talk to veterinarians and primary producers about how they protect against infectious disease.

As the couch traverses the countryside, Lewis will examine not only the economic impact of these types of issues but also the importance of vaccinations as part of a rigorous management plan.

From Andy Watson’s farm in Holbrook, NSW, where Bovine Respiratory Disease presents a constant threat to his herd, to the Dairy Farms of Gippsland, where Veterinarian Steph Bullen helps protect multi-million dollar operations against calf scours, this commercial partnership is a definitive look at a side of the livestock industry that rarely makes its way into the headlines but is vitally important nonetheless.

Each episode will be accompanied by full reports by Nine journalists, both online and in print, to give greater context to these costly, prevalent and, in most cases, largely preventable issues.

The Coopers Couch is a sponsored content series, funded as part of a commercial partnership between ACM and Coopers Animal Health.

The first episode of The Coopers Couch is now available in the recommended of this website. Click here to view it.

The story New series shines a light on multi-million dollar challenge of animal health first appeared on The Land.