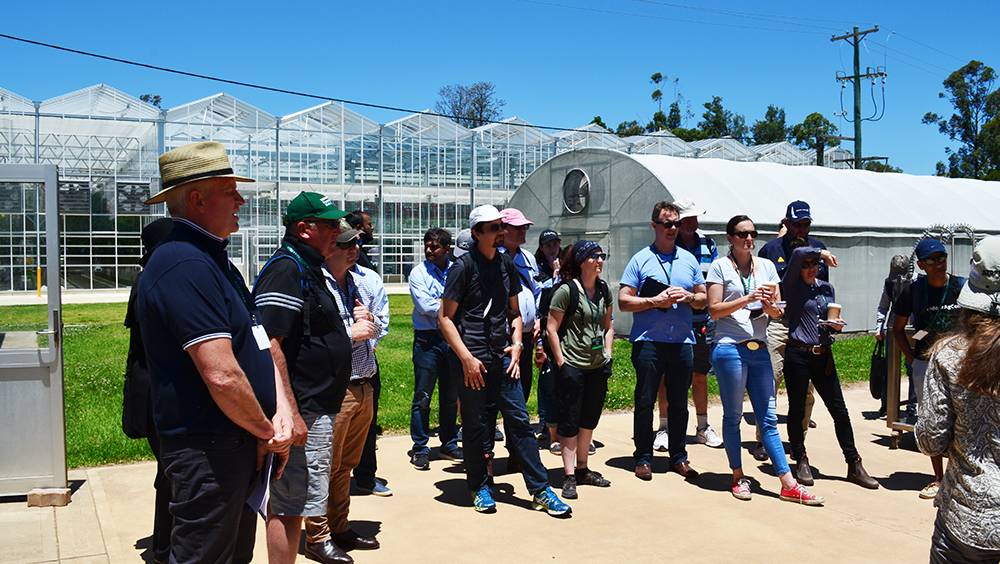 HAWKESBURY might once again be the home of agriculture technology.

Now a campus of Western Sydney University, Hawkesbury was originally the site of Australia’s first agricultural college, opened in 1891.

The campus is also slated to be the new location of Hurlstone Agricultural High School, an academically selective boarding school set to re-open at its new home in 2021.

Now firmly focused on the future, Hawkesbury recently played host to a field tour as part of the  ANZ Smart Farms and Agtech Forum.

A highlight of the tour was the University’s new sensor system provided by The Yield.

A media spokesperson from the University said The Yield is a system of sensors, nodes and cloud computing hardware and software that uses artificial intelligence and machine learning.

“It captures field data such as temperature, humidity and rainfall and processes that data centrally to help farmers and scientists produce better yield forecasts and more precisely monitor the progress of their crops through mobile phone dashboards,” they said.

The spokesperson said the glasshouse was designed with the world’s best available systems and computer controls, optimising how food crops are grown.

Western Sydney University, senior manager environmental sustainability said  agriculture and horticulture are fast becoming driven by the same advances in data and cloud computing systems that have transformed manufacturing, retail and other industries.

"The emerging innovations in agricultural, horticultural and environmental sustainability are perfect learning environments for students and for industry,” he said.

“The systems and facilities that we install to run a better farm also provide compelling learning environments for students interested in design, entrepreneurship, computing or business to experience how technology is shaping food production and consumption.”

“With a recent pledge by the Federal Labor Government to invest a further $20 million into agtech-driven glasshouse production at Hawkesbury and the signing of Memoranda of Understanding with 13 research institutions in India to supercharge protected cropping exchanges, the Hawkesbury Campus is shaping the University’s vision to draw on the best available technologies for education, learning, training and research in next-generation farming and food production,” they said.

For more information on the redevelopment of Hurlstone Agricultural High School click here.

The story Hawkesbury back to the future first appeared on Farm Online.