The Queensland Government's approach to national park management has been blamed for catastrophic bush fires in Central Queensland.

THE Queensland Government’s approach to national park management has been blamed for the intensity of catastrophic bush fires that ripped through Bulburin National Park, at Gaeta north of Gin Gin.

The Marland family, which operates the cattle property Mt Wallaby and has a 1600 hectare grazing lease which will soon be absorbed into the national park say they are devastated after fighting a losing week-long battle against the destructive fire.

In addition to the deaths of a large number of cattle, the Marlands now face the cost of hand feeding 250 cows and calves. 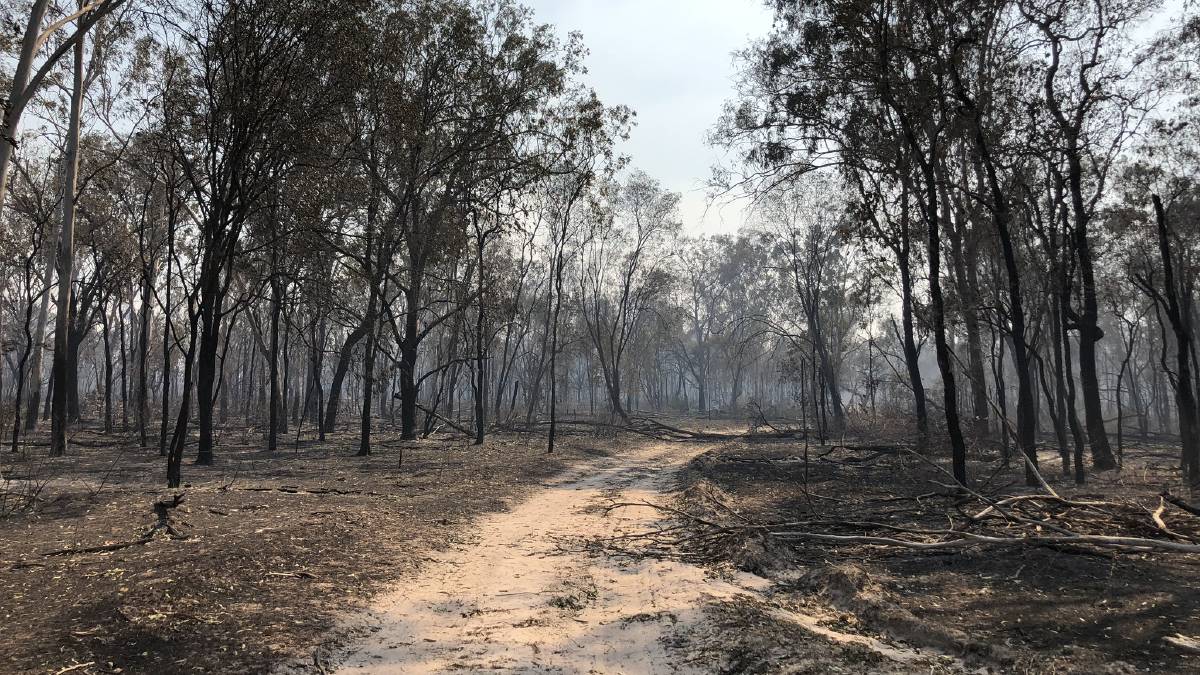 The fire also resulted in the destruction of hundreds of centuries old trees and an unknown amount of wildlife including a 2.4m python too slow to escape the inferno.

Tom Marland says the intensity of the fire was the direct result of not being allowed to conduct preventative control fires.

“As the state forest is now a national park we have to apply to Queensland Parks and Wildlife Service to do any firebreaks or back burning,” Tom Marland said.

“We don't blame parks and wildlife but we do blame the apathy and poor policies of the state government in not allowing landholders to undertake practical measures to protect against bush fires.”

According to the Marlands it could have all been very different if graziers had of been allowed to conduct controlled burning programs to reduce the fuel load. 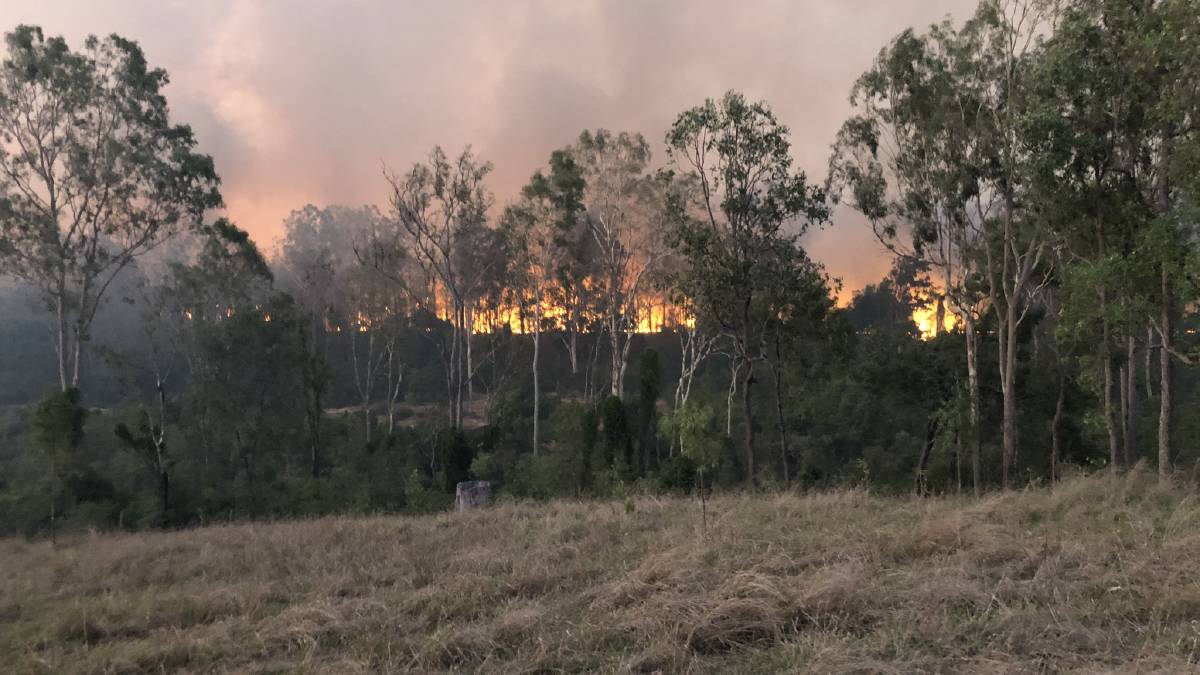 “We applied for a permit to burn in December 2017. We followed up again in June 2018 and visited their offices three times in October,” Mr Marland said.

“We were advised that the permit had been approved but not processed. We are still waiting on the permit and a response.

The Greens and Wilderness Society will say this is caused by climate change. This is absolute nonsense. This fire could have be avoided by taking preventative measures such as back burning in the right conditions. - Tom Marland, Mt Wallaby, Gin GIn.

“In October this year we received 4 inches (100mm) of rain. These were ideal conditions to do a cool hazard reduction back burn. We had a permit from our local fire warden and safely burnt our freehold country.

“We couldn't get a permit for our lease so didn't burn.” “We had another 10m wide containment line but the fire burnt so hot that it jumped the break, throwing embers hundreds of metres in the air,” he said.

“The fire burnt so hot that it destroyed 300 year old blue gums that have survived years of fires. The intensity of the fire would have killed immeasurable numbers of wildlife.

“We found an eight foot, 30 year old carpet python dead on one of our breaks. He was too slow to escape the flames. An area once flush with birdlife is eerily silent.”

“Even with short grass it was able to carry a fire with such extreme heat and intensity. Imagine what will happen if cattle are removed from these areas? Some 70 forest grazing lease expire in 2023, banning both livestock and bee hives.

“They cant simply be locked up,” Mr Marland said. “If they are, fires like this will destroy the actual thing they are trying to protect.

“I challenge anyone to say the photos of these fires are good for the environment and the animals that live there.”

Mr Marland said interestingly, freehold country that was burnt in October was protected from these fires and spared the destruction.

“Alongside our family we had 20 members of our local Kologa Fire Brigade donate eight days of their time assisting with the fires along with the QFES and Rural Fire Brigades. 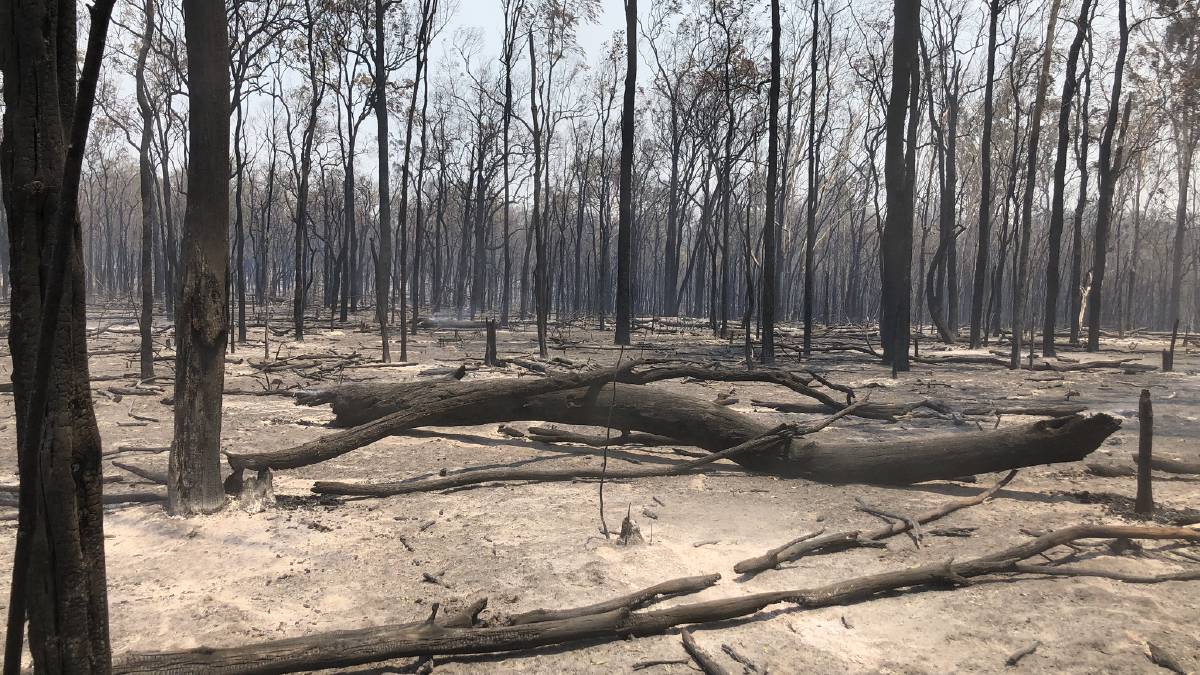 “Now we have 250 head of cattle with baby calves we have to try and keep alive, all for something that could have been easily avoided.

“The Greens and Wilderness Society will say this is caused by climate change,” Mr Marland said. “This is absolute nonsense. This fire could have be avoided by taking preventative measures such as back burning in the right conditions.”

The Marlands bought the grazing forest lease in the former Bulburin State Forest in 1996. It adjoins their adjoining freehold property Mt Wallaby on Kalpowar Road.

“In 2006, the Beattie Labor Government, as part of the South East Queensland Forestry Agreement, converted about 400,000 hectares of state forest to national parks,” Mr Marland said.

“We are saddened that we may lose our lease as its been in the family for 20 years.

“However our biggest concern is the national park will still be our neighbour to our freehold property.

“What will happen in the future if cattle are removed from these areas and also the landholders who manage them. With no people, there is no one to fight these fires.

“Every fire season we are going to have to deal with the risk of catastrophic fires endangering life and property.

“We fought for five days trying to control the fire in Bulburin National Park. We haven't seen one person from National Parks. Not even a phone call.”