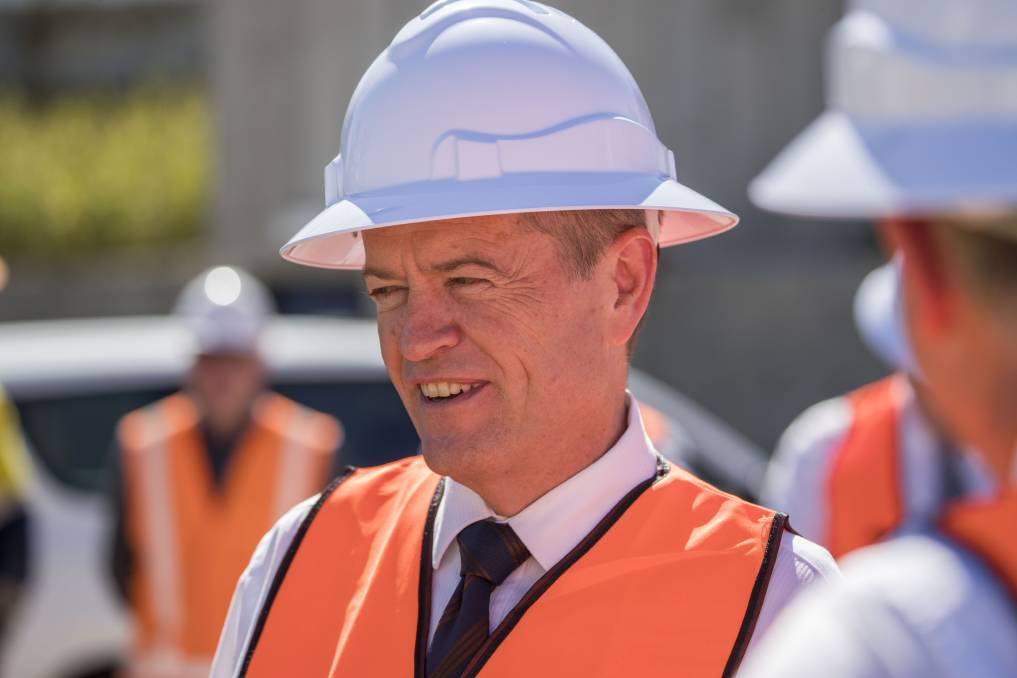 Federal Labor has made a significant energy policy statement, committing to a $15 billion plan to cut emissions on 2005 levels by 45 per cent across all industries and to achieve 50pc renewable energy in national generation mix.

Elements of Labor’s policy would have significant impacts in regional areas, with plans to boost investment in construction of solar and wind projects.

Labor also pledged to legislate a process to place workers who are made redundant through the “inevitable” closure of coal fired power generation.

The Just Transition Authority would ensure workers who lose their job are first in line for any similar employment opportunities in the power sector through a pooled redundancy scheme.

The Opposition's policy would double funding for the Clean Energy Finance Corporation, with an additional $10b over five years to increase investment in solar and wind projects, and to subsidise household batteries through concessional loans and invest in industrial energy efficiency.

Labor has also promised $5b to upgrade energy transmission networks, $10 million for a Clean Energy Training Fund to train renewable industry workers, and to provide one thousand grants of up to $20,000 to help manufacturers reduce energy usage through energy management systems and data gathering and analysis.

Labor has branded its policy the Plan for More Renewable Energy and Cheaper Power and claimed it would generate up to 70,000 jobs by 2030.

Notably, Labor has abandoned its commitment to put a price on carbon and reduce emissions through a market mechanism, and adopted the government’s policy under the National Energy Guarantee .

The NEG has been described as a “technology agnostic” scheme which requires retailers to source a minimum amount of so-called firm dispatchable power (i.e gas, hydro or coal) while also ensuring other sources comply with greenhouse emission reduction targets (likely to be so-called intermittent wind and solar power).

The NEG was a catalyst for the right-wing of the Coalition to dump former Prime Minister Malcolm Turnbull. His replacement Scott Morrison has since walked away from the NEG.

The Coalition has committed to reduce emissions across all industries by between 26pc to 28pc, but with it unlikely to embrace the NEG again its plans to manage emissions reductions and power prices remain unclear.

“We will act to bring down power prices and to boost these new blue-collar and green-collar industries. And, in a time of rapid economic and industrial change and disruption, only Labor will make it a priority to help workers and communities affected adapt to the transition,” Mr Shorten said.

Federal Energy Minister Angus Taylor said Labor’s commitment to a 45pc emissions reduction target would be a “wrecking ball through the economy”.

“If Labor is committed to those targets, they need to explain which businesses are going out of business in Australia,” Mr Taylor said.