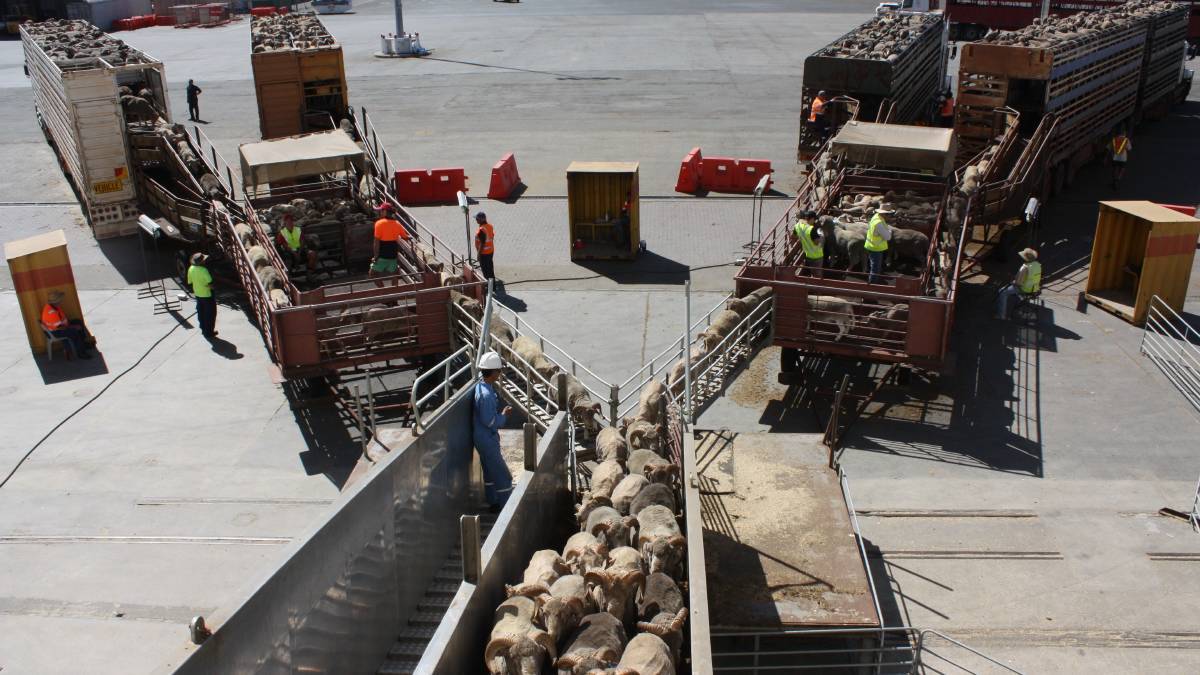 A landmark report into live animal exports has identified systemic regulatory failings in the federal Agriculture Department and recommended significant reforms to bring government regulation up to an appropriate standard.

After series of delays, the Department has finally released the Moss Review into the culture, capability and investigative powers of the live export industry’s independent regulator.

Former public servant Phillip Moss AM was commissioned to conduct a review after 60 Minutes aired footage in April of sheep suffering on a voyage on the Awassi Express vehicle, run by Emmanuel Exports to the Middle East.

Agriculture Minister David Littleproud has been on the front foot backing the industry since the Awassi Scandal and committed to implement the review's 31 reform recommendations, which will impact both sheep and cattle exports.

Opposition agriculture spokesman Joel Fitzgibbon, who wants to ban the live trade, laid blame for many of the failings on former Agriculture Minister Barnaby Joyce.

The report said the Department lacked animal welfare expertise and was conflicted in its twin role of trade facilitator and industry regulator.

A Principal Regulatory Officer will be appointed to oversee the reform process and bring up to speed departmental staff who “need to become professional regulators”.

The Department has also committed to reinstate the independent Inspector-General of Live Animal Exports, which was abolished by former Agriculture Minister Barnaby Joyce.

Under a red tape reduction push in 2013 the government also cut 21 staff in the Australian Animal Welfare Strategy (AAWS), which was tasked with developing intergovernmental animal welfare practices.

The Department should re-establish the Animal Welfare Branch, part of the overarching AAWS to “improve policy development and contribute to an effective regulatory culture”, the review said.

The Animal Welfare Branch will now develop new policy in with researchers to set new standards on animal welfare indicators in the first half of 2019.

The Moss Review found “a sense of disconnection” between departmental policy staff and the regional staff who engage with the industry.

Industry pays for the regulation of its live animal exports.

The review found some parts of industry “appear to think they are paying for a service” which is an attitude that puts good governance at risk.

The department has been advised to set in regulation the Australian Standards for the Export of Livestock (ASEL), with appropriate penalties, to improve compliance.

The Department should also bolster the approved arrangements model for live animal exports by introducing full inspections of consignments on a random unannounced basis.

The review recommended the department develop a system to ensure any concerns raised by staff are addressed in a transparent and timely manner.

Accredited veterinarians and staff members told the review that some vets who had reported concerns about animal welfare on board livestock vessels said that they would not be asked again to work for that exporter.

“There is at present a concern by a number of operational staff members that there was little point in raising concerns, as they would not be well received or fairly considered,” the review said.

“It was clear we needed an independent inquiry into the capability and culture of the regulator,” said Agriculture Minister David Littleproud.

“Joyce took a wrecking ball approach to the regulatory process and shocking events like the Awassi Express incident were to be expected,” Mr Fitzgibbon said.

“The Prime Minister must also acknowledge that the former Agriculture Minister, Barnaby Joyce was allowed to make decisions not in the interest of the regulator or the agriculture department, but to create a culture of turning a blind eye to animal welfare matters.”

Mr Fitzgibbon called on the Prime Minister to review other decisions made by Mr Joyce in his time in the agriculture portfolio, “particularly with regards to Drought reform and the forced relocation of the Australian Pesticides and Veterinary Medicines Authority”.

Cattle-focused live exporter Wellard said the Moss Review was a “valuable contribution” to the industry’s future, but warned against excessive regulation.

“The fact that the “cop on the beat” (as the Minister has portrayed the regulator) was missing in action, does not now justify excess government bureaucracy to the extent of appointing another regulator to oversee the appointed regulator, and creating additional departmental divisions – all of which Australian producers will ultimately fund.

“In addition to a regulatory response, the live export industry itself needs to act on how it has operated to date and how it needs to operate in the future to achieve public acceptance of its continued operation.”

“We’ll work with all those who are committed to improved welfare practices because we are determined to achieve ongoing improvements," said ALEC chairman Simon Crean.

The Department said it would consult with stakeholders to implement the recommendations.